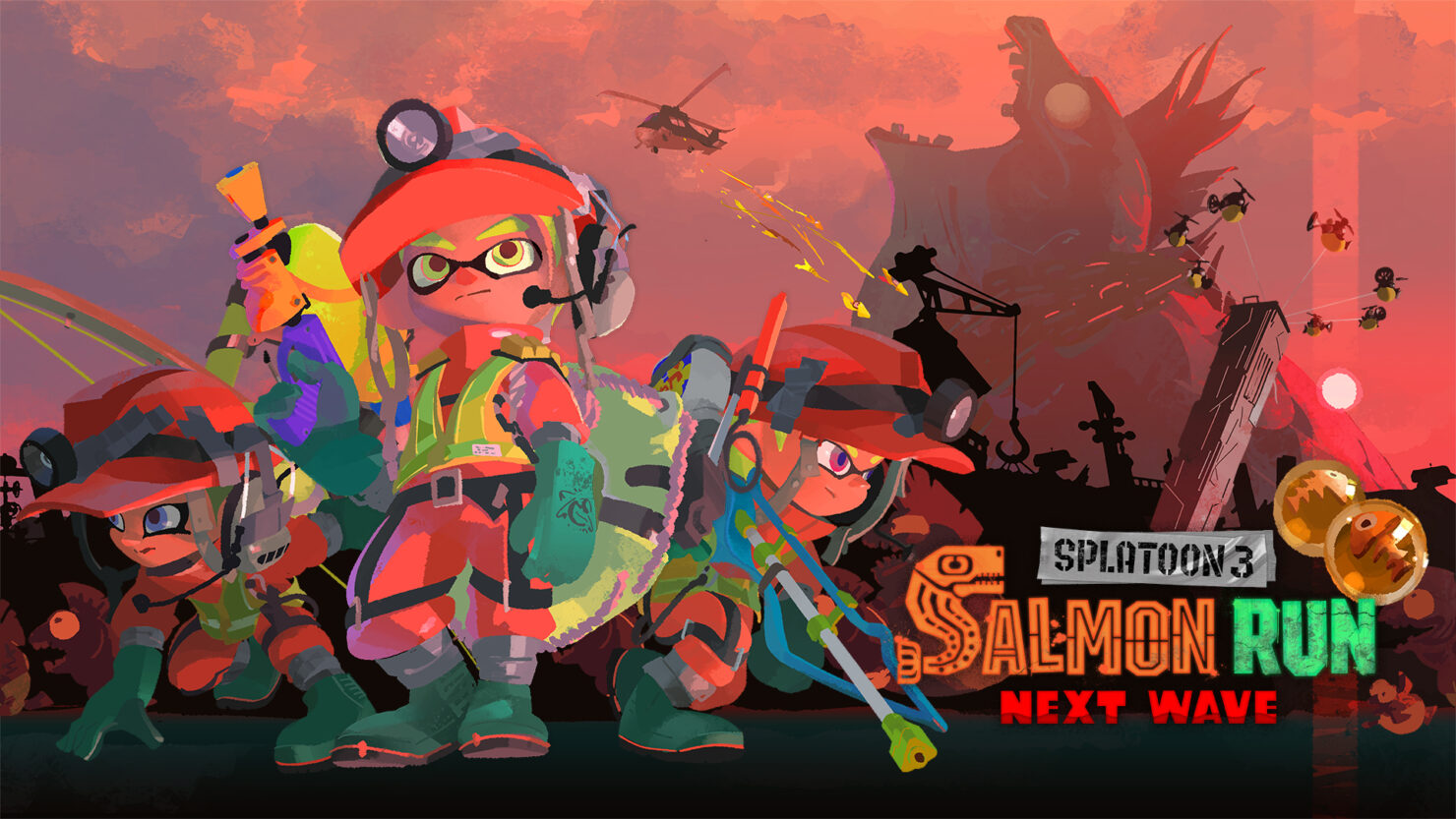 The third entry in the third-person shooter franchise was originally announced about a year ago. Now, fans know it's scheduled to debut this Summer on Nintendo Switch.

The new trailer is focused on the 'next wave' of Salmon Run, the co-op mode of Splatoon 3.

Enter the Splatlands, a sun-scorched desert inhabited by battle-hardened Inklings and Octolings. Splatsville, the city of chaos, is the adrenaline-fueled heart of this dusty wasteland.

Even in this desolate environment, Turf War reigns supreme and battles rage in new stages located in the surrounding wilds. Dynamic new moves help these fighters dodge attacks and cover more ground, along with a new bow-shaped weapon to sling ink.

Join Agent 3 in a fight against the evil Octarian army in story mode. Discover the secrets of Alterna, the Fuzzy Ooze, and how they connect to the mode's theme, "Return of the Mammalians.”

Team up and fend off waves of dangerous Salmonid bosses in the next iteration of Salmon Run, a co-op mode with fresh new features.

Stay tuned for more information to be revealed, as the Splatoon 3 game is scheduled to release for the Nintendo Switch system in Summer 2022.