Spider-Man May Be Getting New Fantastic Four Content Soon 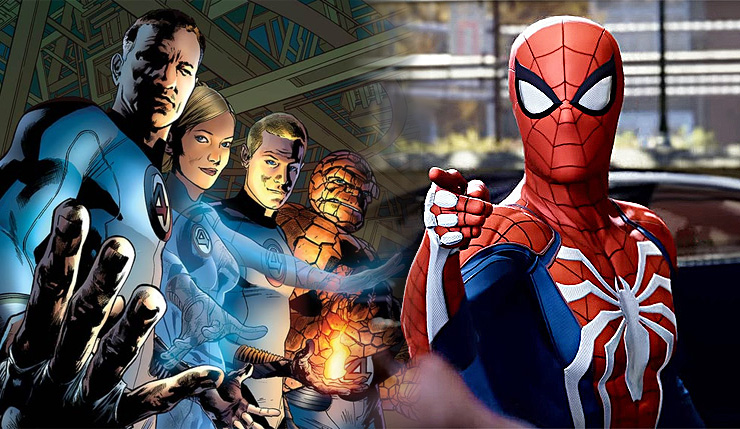 Marvel’s Spider-Man recently wrapped up its three-chapter The City That Never Sleeps season pass, but could the game be getting more DLC featuring another beloved Marvel property? Marvel just kicked off Fantastic Four: The World’s Greatest Week, a celebration of the classic superhero team, which has been reunited and is receiving a new promotional push.

During a The World’s Greatest Week livestream, Fantastic Four content was announced for a variety of Marvel mobile games, including  Marvel Contest of Champions, Marvel Future Fight, Marvel Puzzle Quest, and Marvel Strike Force, but it was also hinted something is coming to Spider-Man as well. Here’s what Marvel’s Ryan Penagos had to say on the subject.

"Something 'Fantastic' is coming to Marvel's Spider-Man real soon. I can't tell you anything more right now, but you'll want to keep an eye out for this. It's going to be amazing and fantastic."

Spider-Man developer Insomniac Games responded to the hint on Twitter…

Hmmm, so what kind of Fantastic Four content could be coming to Spider-Man? The most obvious thing would be another new costume – Spider-Man briefly joined the “Fantastic Foundation” version of the Fantastic Four, during which he wore a pretty stylish white-and-black costume. That said, could we be getting something more? Perhaps the ability to actually play as Fantastic Four members like the Human Torch or the Thing? Or maybe an all-new story chapter? Honestly, my money’s on just the costume, but you never know!

Spider-Man has been a huge success for Sony and Marvel, already selling through over 9 million copies worldwide. As mentioned, the game has already released three pieces of DLC as part of it’s The City That Never Sleeps season pass – The Heist, Turf Wars, and Silver Lining.