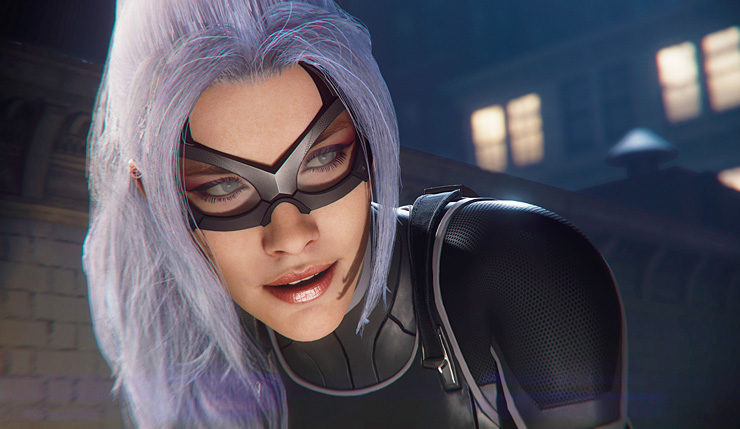 Already burned through everything in Marvel’s Spider-Man and jonesing for more web-slinging action? Well, you’re in luck, because Spider-Man’s first DLC chapter, The Heist, launches next week. We already got to see a brief teaser for the DLC, but now Sony and developer Insomniac Games have unveiled the three all-new Spider suits on the way. You can check ‘em out, below. 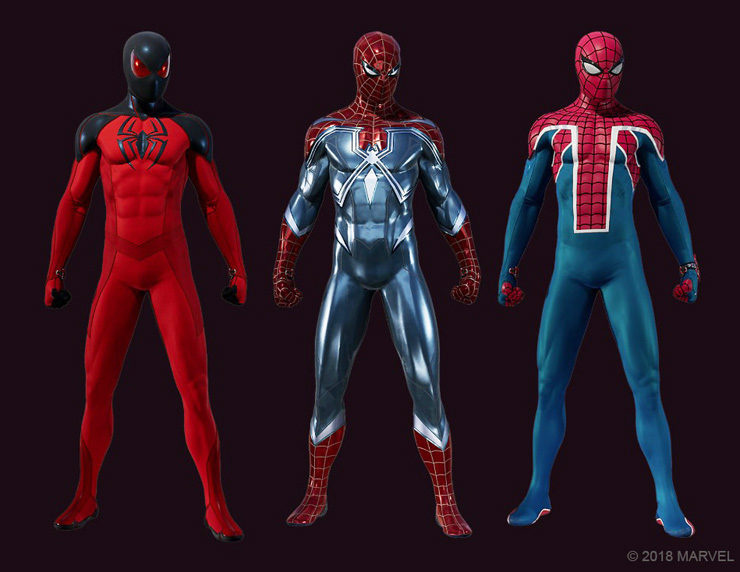 The shiny number in the middle is the all-new Resilient Suit, designed by popular Marvel artist Gabriele Dell’Otto. Meanwhile, the black and red outfit on the left is the Kaine Parker version of the Scarlett Spider, and the one on the right is the Spider-UK suit from the Spider-Verse.

The Heist is part The City That Never Sleeps, a three-part season pass, which will see Spidey getting into various after-dark adventures. Here’s a bit more info about The Heist…

As you through play the base game, you’ll realize that Felicia Hardy, aka Black Cat, is back in town and she’s leaving clues around town to toy with Peter Parker. In The Heist, she finally reveals herself, as a robbery at an art museum entangles Spider-Man, MJ, and Black Cat in a new adventure. Beyond new story missions, there’s a whole new faction of enemies, new crimes, new challenges, new trophies, and three new suits.

The second and third chapters of The City That Never Sleeps are entitled Turf Wars and Silver Lining. Here are rough release dates for them:

Spider-Man is available now on PS4. The Heist sneaks out on October 23.