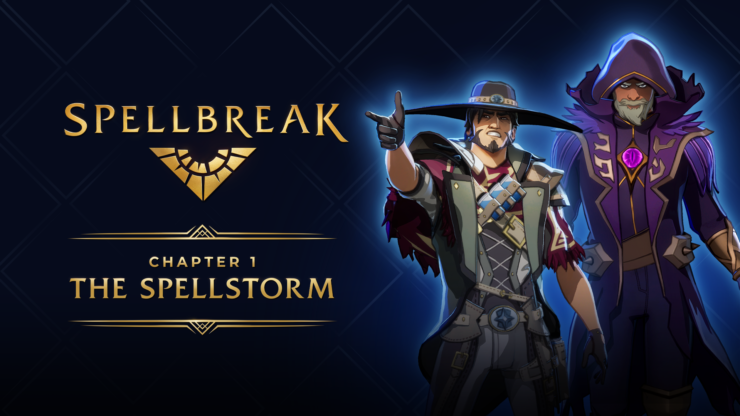 While Season 1 (Spellstorm) still rages in Spellbreak, we partnered with developer Proletariat, Inc. to give away several Rogue and Warlock Packs. The Rogue packs are worth $4.99 each and we've got 130 of them (65 to be redeemed through the Epic Games store, 65 through Steam); these will be given away on a first-come, first-served basis.

Charming under pressure. This pack includes:

The Warlock packs, on the other hand, are worth $99.99 each. We've got ten codes for the Epic Games and ten codes for Steam, so these two giveaways will be a raffle instead. Enter your details below and we'll contact you if you're among the winners!

Who would dare defy such dark power? This pack includes:

Spellbreak is available as a free-to-play title on PC, PlayStation 4, Xbox One, and Nintendo Switch. The game got a nine out of ten from Rosh in our launch review.

BUILD YOUR BATTLEMAGE
Choose a class: Frostborn, Conduit, Pyromancer, Toxicologist, Stoneshaper, or Tempest. Each has its own playstyle, which you can customize with talents as you grow in power. Which will you master?

OUTPLAY YOUR RIVALS
Explore the map and find tactical advantages to outplay your opponents. Discover hidden chests that contain magical runes and game-changing equipment. These items give you the ability to fly, teleport, control time, become invisible, and more.

ENTER AN EVER-EVOLVING WORLD
The fractured battleground of the Hollow Lands is just the beginning of your adventure in the greater world of Primdal. New chapter updates will reveal more of the deep, rich lore behind this powerful place and its people.

BATTLE ACROSS THE HOLLOW LANDS
Form a party of powerful battlemages and vanquish other players to stand victorious in this unique battle royale! Future updates will unlock exciting new game modes.