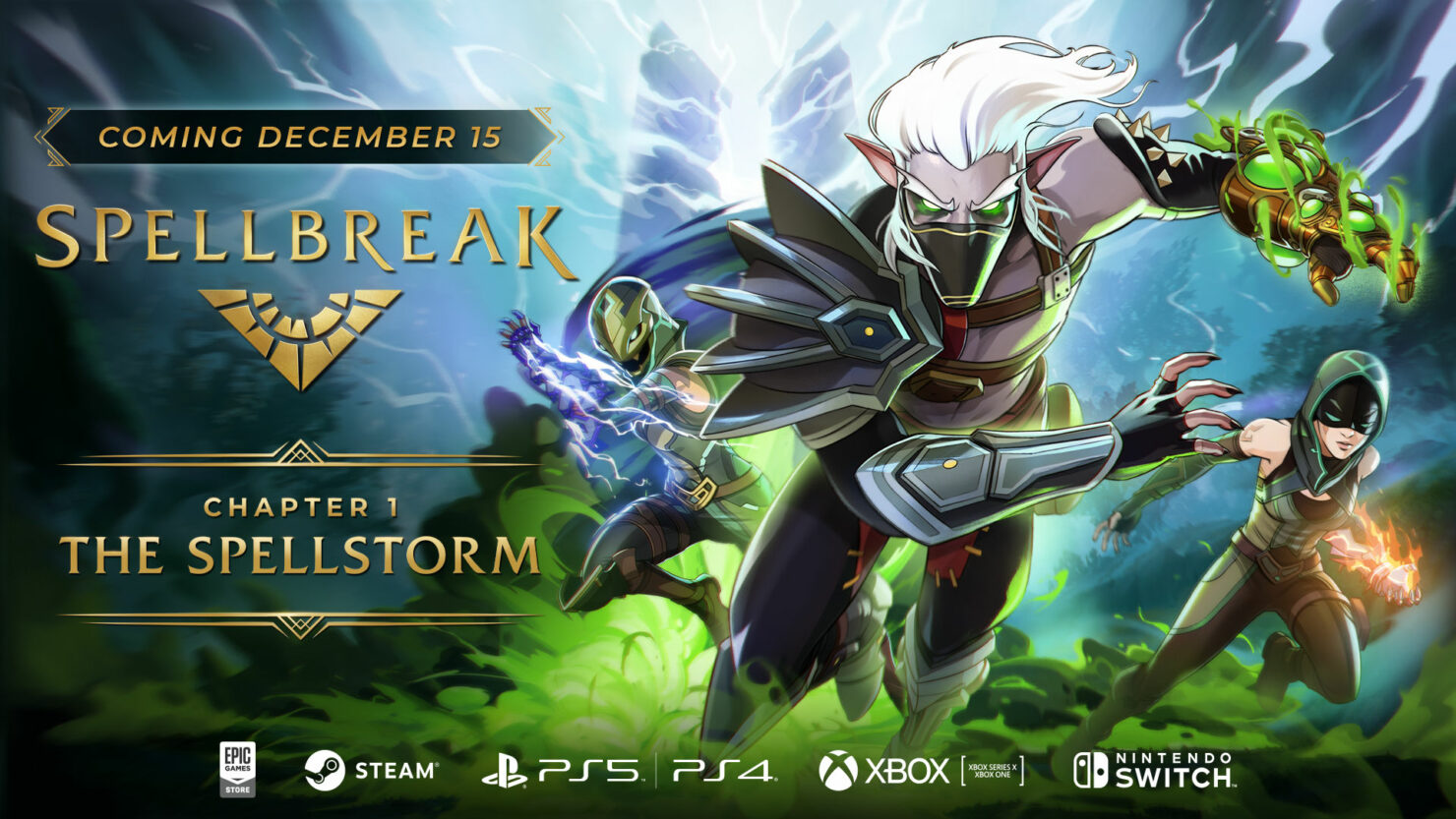 Breaking into the Battle Royale genre isn’t easy, just look at Battlefield 5’s Firestorm, Ring of Elysium, or even Cliff Bleszinski and his studio's infamous foray into the genre with Radical Heights. But even for successful titles, holding the attention of your audience can be just as difficult as finding them in the first place.

Most Battle Royale games have been following the same path as Fortnite, the title that blew the genre open three years ago. The Battle Pass became the standard, with thematic seasons that tied in with both player cosmetics and changes to the map, and kept a revenue stream flowing towards the studios as well. These superficial constructs became the norm of this genre which has, for the most part, avoided grappling with any narrative or storytelling elements to focus purely on the aesthetics.

Spellbreak, though, looks different from the rest of the Battle Royale games. Released only a couple of months ago, it quickly found a place amongst the existing titans thanks to its unique design and gameplay. There aren’t any guns in Spellbreak; instead, each of the players wields magical gauntlets that offer powerful spells to exile your opponents. And this design distinction was intentional.

As Cardell Kerr, Executive Producer at Proletariat Studios put it in an interview with Wccftech discussing the new Chapters, “From our perspective, we’re consistently trying to find things that we find interesting, that we don’t see a lot of other people doing. If your game isn’t unique, why are you making it?”

Even so, Spellbreak still largely follows the same formula. There are dozens of players dropped into a large arena that shrinks during the game until one only player (or team) is left standing. Equipment can be found randomly scattered across the map which can be used to improve the player's firepower (or whichever element gauntlet they’re using), offer new abilities in the form of runes, or even shield them from harm.

And now it seems that Spellbreak is also getting Battle Passes, which will be known here as Chapters. But unlike the other games it rubs shoulders with, the focus of the design behind the Chapters is tied to the lore and narrative Proletariat Studios are weaving into the Hallowed Lands. Each week the players will meet a new character in the menu screens that offers a different glimpse into the world they’re battling in. “But we don’t want endless dialogue and loads of text that some MMOs might have because that isn’t the kind of snappy gameplay our players are looking for”, explains Tori Schafer, the Content and Narrative Designer for Spellbreak, as she showed me how a lot of the narrative and lore will be told in the gameplay. 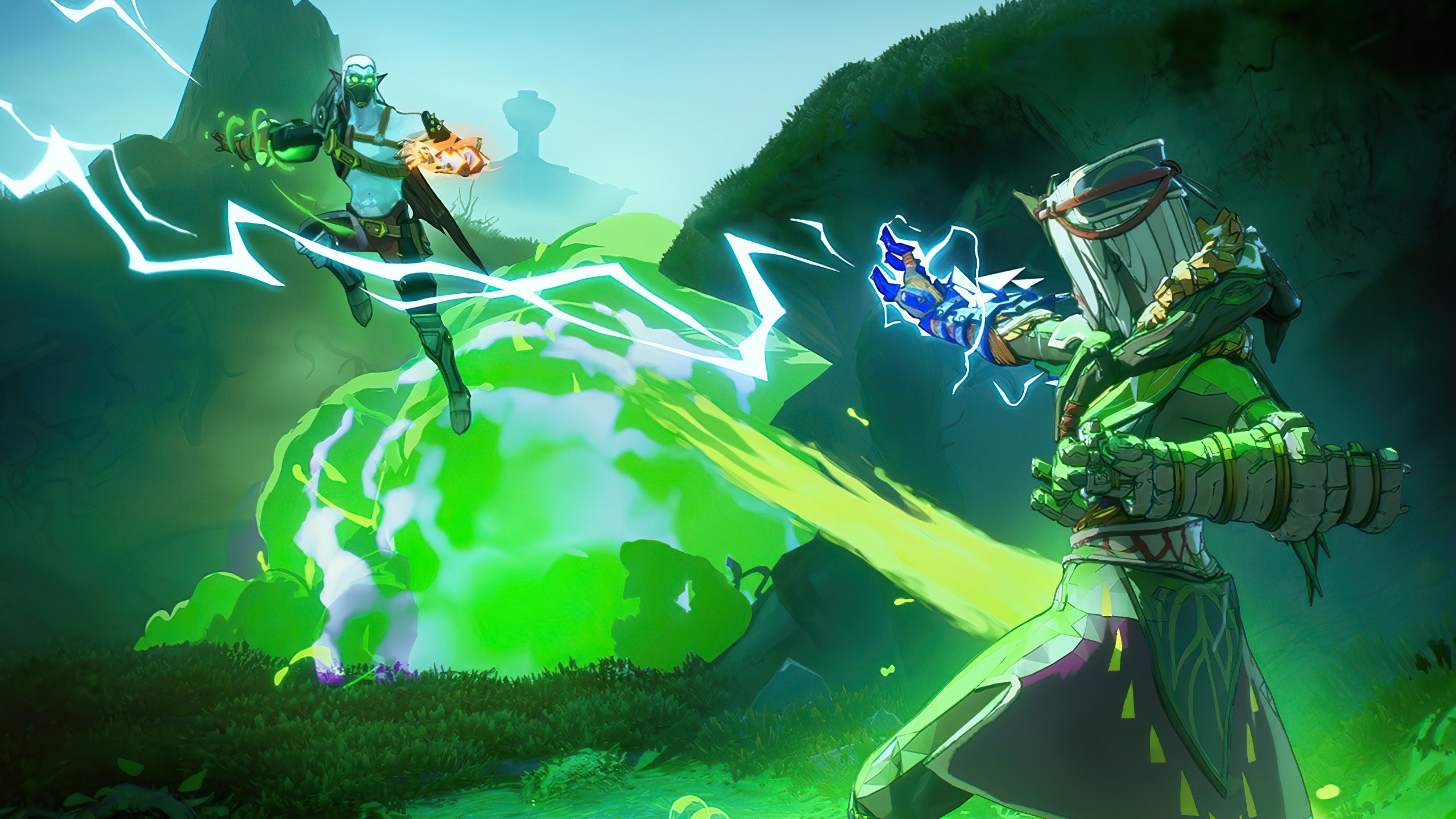 Daily quests have been in the game since launch, but previously they were just an excuse to try new playstyles and rake up some experience as lower level players. Proletariat Studios has reimagined them for Spellbreak Chapter One, making the quests hopefully more integral to the experience.

Now the NPCs will each introduce three story quests, giving the player a chance to explore the story elements of the Hollowed Lands. And there is a lot of lore already prepared, even if it won’t be immediately revealed to the players. For instance, each of the four kingdoms that make up the map of Spellbreak has its own extensive history and personality, which will be explored throughout the Chapters.

Each of the three weekly quests gets progressively more challenging, but the first shouldn’t be too hard so players of all skill levels can at least try and work through it. I was given a whistle-stop tour of one of the later weeks of Chapter One, and the first weekly challenge was to make it to the second safe zone. Easy enough for all players who have a basic understanding of the game. The second challenge involved finding mysterious Spellstorm rifts outside the play circle, which is obviously more challenging. The third involved finding and activating several Arcane Barometers that is not going to be easy on a busy server. These challenges are going to push players together as they rush to complete them before anyone else can, but on top of that, some of that change the gameplay as well. Investigating the Spellstorm rifts teleports back into the safe zone and falling back to the ground again, allowing keen players to reposition themselves or escape an ambush.

But as the weeks and story progress, the developers are hoping that the players will amass some of the stories they’ve shared. Tori says “the quests do become more challenging as the weeks go on. They become more interesting and you have to invest knowledge from the previous week.” This could keep players coming back as they discover more about the game, but it might mean Spellbreak will feel more hostile to newer players as well. For instance, one week you are introduced to the Aegis Towers, a specific type of ruin scattered across the map. After that, you might be told to explore the area around those ruins, so if you missed what an Aegis Tower is, you’ll have to look it up.

It's exciting and refreshing to see a living game dedicated to telling an overarching story outside of the mere gameplay loop. This also means that the changes that are made to the map will have some explanation as well, although the devs were very tight-lipped when I asked what kind of changes we might expect. As Tori put it, “Each Chapter is going to come with its own unique surprises. This game and this world will continue to evolve.”

But as a possible hint, Tori did mention a fifth kingdom in the Hollowed Lands, “Longwatch is our fifth kingdom, which is where all the refugees from the Spellstorm are right now, which we are going to show eventually but not in the game just yet.”

And it sounds like the studio already planning for Chapter Two as well, although they are going to look closely at player feedback. Tori: “I think it's safe to say you do have a pretty good idea for Chapter Two at this point. We’re all very excited about the direction the game is heading. But we’re also really excited to hear player feedback. What quests they really enjoyed, what was intuitive, what felt a little off, what they were a little disappointed by. We’re going to listening to all that feedback.”

The team is clearly passionate about the work they are putting in with Spellbreak Chapter One and excited to see how the players will react to it. This new chapter will begin on December 15th (which is also when Spellbreak lands on Steam), coming with so much story and a host of new cosmetics and collectibles that you expect from a Battle Royale. It's ambitious, but the game's design and style is already all about being different.