Cloudhead Games has revealed the first screenshots and gameplay for THe Gallery: Six Elements, a first-person fantasy/exploration game built from the ground up for virtual reality. The Gallery: Six Elements uses the Unity engine incorporating various VR and interaction hardware devices. The gameplay video is using the Valve/HTC Vive. 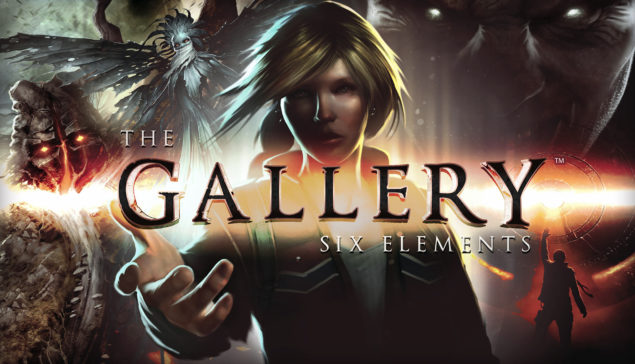 “Drawing from our inspirations of 80’s adventure movies and classic games such as Monkey Island and Myst, the player must journey through foreign and fantastical worlds, collecting elemental powers and items that will aid them in discovering the mystery of the Machine. What is the Machine? That is the central question posed to the player within The Gallery: Six Elements. The player takes on the role of an intrepid explorer, attempting to discover the fate of his lost sister who ventured into a vast and forgotten world.”

Journey through an ancient machine into fantastical worlds to discover your sister’s fate. You will twist, pull, lift, yank, flick, grab, push and smash your way through a fully interactive environment, making friends and foe along the way.

For the first time ever — truly step foot into a new world and become the hero of your own myth.

The Gallery brings you into the game world in a tangible, physical way that has never before been possible. In VR, your hands are the control instruments that you use to open doors, insert objects into sockets, carry and throw virtually everything in our game. Need a cog to solve a puzzle? Search through the world, find it, pick it up, and walk it over to the puzzle that requires it. Place the cog into the proper slot like you would if it were real, but do not get your fingers caught.. Cloudhead Games is not responsible for missing fingers or arms.