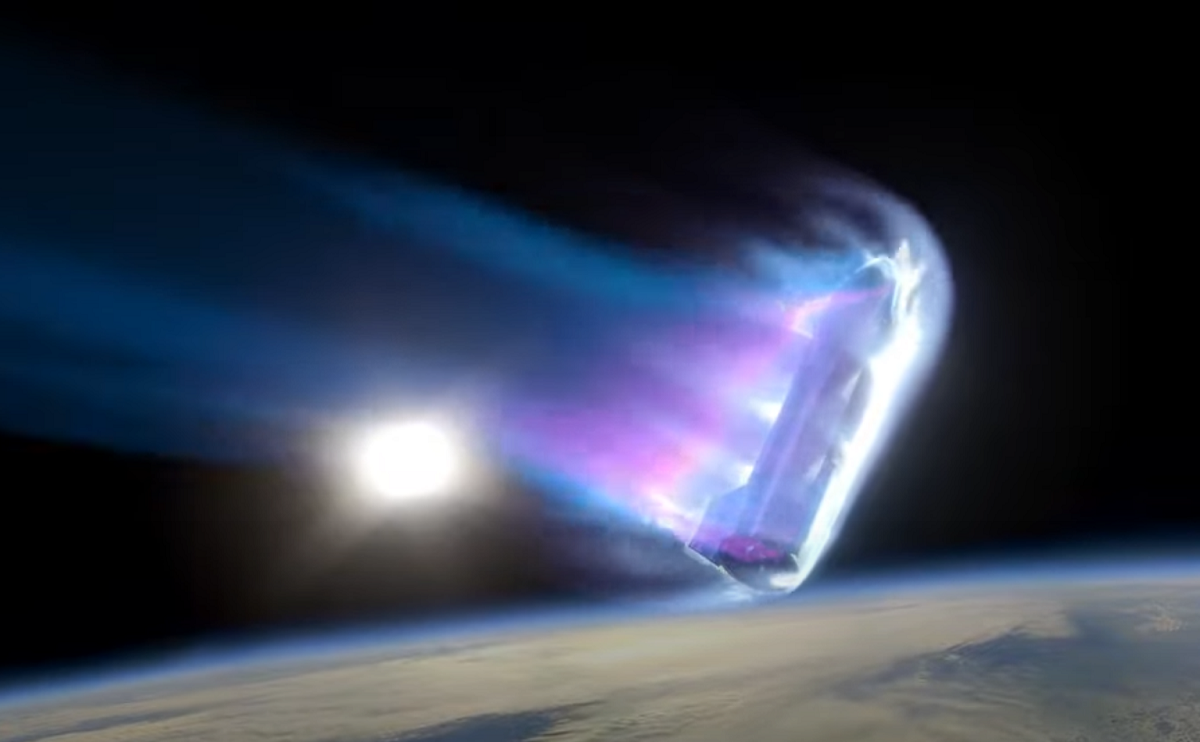 Space Exploration Technologies Corp.'s (SpaceX) next-generation Starship launch vehicle platform is a part of the National Aeronautics and Space Administration's (NASA) to study surface temperatures on vehicles traveling at several times the speed of sound. The program, referred to by NASA as the Scientifically Calibrated In-Flight Imagery (SCIFLI) program, will use a NASA aircraft to study Starship's heat tiles when it reenters the Earth's atmosphere after a planned orbital test flight next year. The details were revealed through a presentation shared by NASA's Langley Research Center and spotted by sharp-eyed SpaceX followers on the social media platform Reddit.

The short presentation, which consists only of two slides, reveals a handful of details about both NASA's plans for studying Starship as it renters the Earth's atmosphere and SpaceX's plans to develop the world's first fully reusable spacecraft.

At NASA's end, the space agency will develop a new imaging system that it refers to as "A high-resolution observation during reentry using calibrated infrared cameras will be used to monitor surface temperature of the entire lower surface of the Starship spacecraft during hypersonic reentry."

In this excerpt, "Starship" refers to the upper stage of the 120-meter tall spacecraft that will eventually be responsible for ferrying crew and cargo to a multitude of destinations, including the lunar and Martian surfaces. SpaceX dubs the lower stage of the vehicle as the Super Heavy, and collectively, the pair is also referred to as Starship.

The imaging system will be flown on NASA's WB-57 aircraft, operated by the agency's Johnson Space Center in Houston, Texas. This aircraft has been used to previously observe SpaceX missions, such as the Dragon DM-1 mission, which tested SpaceX's Crew Dragon capsule in 2019 before the DM-2 mission flew astronauts Robert Behnken and Douglas Hurley and resumed flights to the International Space Station (ISS) from U.S. soil a year later. 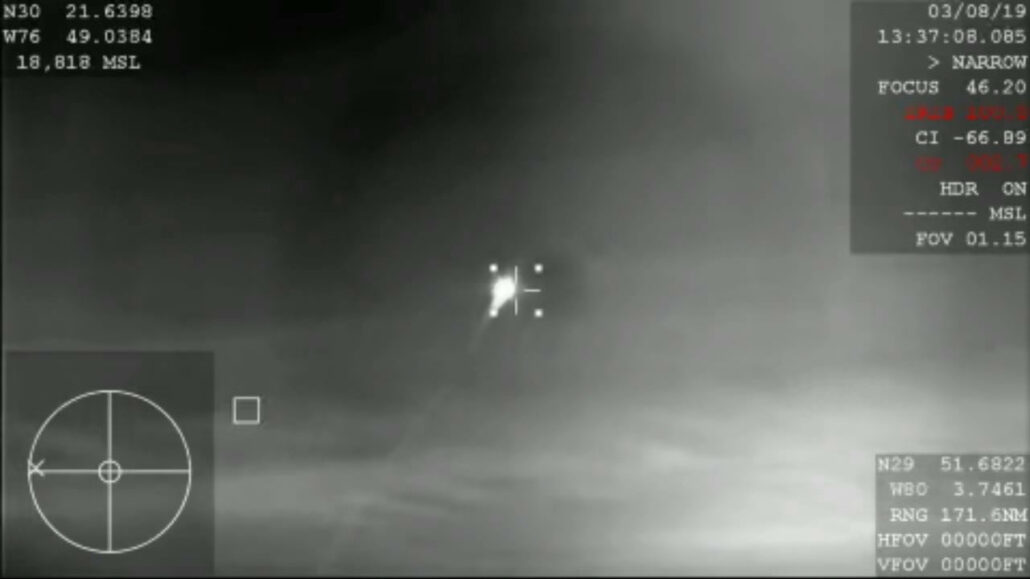 SpaceX's Crew Dragon viewed from NASA's WB-57 aircraft as it returned from the International Space Station (ISS) during the Dragon DM-1 mission in 2019. Image: NASA TV

The presentation relates to a new camera system that NASA will develop specifically to monitor Starship during atmospheric reentry. This system is called SAMI (SCIFLI Airborne Multispectral Imager), and NASA Langley describes it as:

To perform the thermal observation, the NASA is developing an advanced multispectral imaging system that will be flown on a NASA high- altitude WB-57F research aircraft. The resulting calibrated measurements will inform modeling efforts and anchor surface temperatures inferred from embedded thermocouples.

The space agency then shares important details about Starship's heat shield tiles, which are referred to as Thermal Protection System (TPS) tiles in the aerospace world. This reveal comes a handful of days after SpaceX's director Dragon mission management Ms. Sarah Walker shared her company's ongoing research into reusing the heat shield components for its operational Dragon spacecraft. During a NASA press conference, Ms. Walker confirmed that her company had already reused a lamenting material for the spacecraft's body. 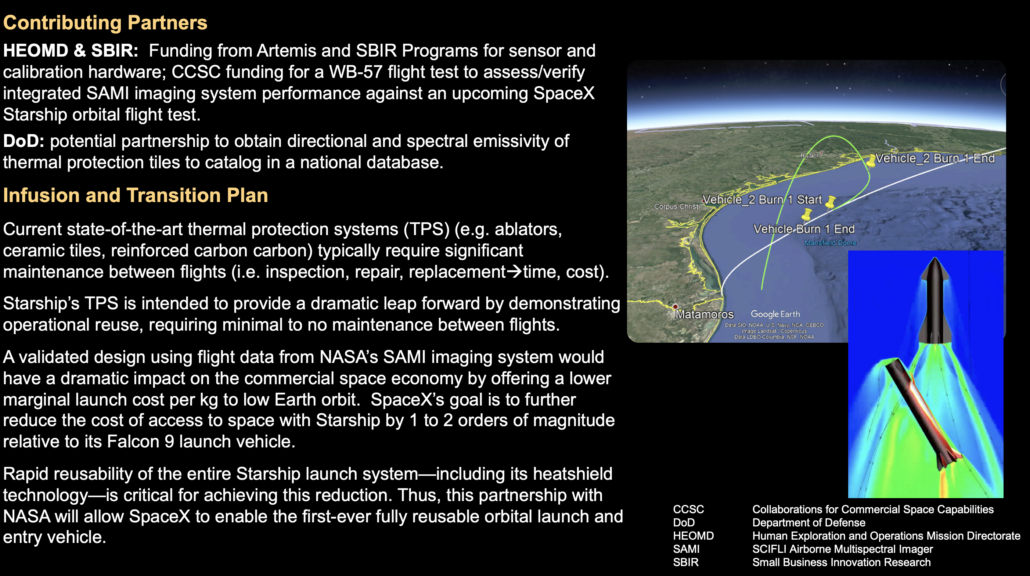 SpaceX's Dragon spacecraft is not fully reusable, as the company has to add new heat shield tiles to each spacecraft before a new mission. This is because the tiles are partially ablative, which means that they dissipate heat by shedding their mass during reentry.

However, NASA's Space Shuttle used a different variant of heat shield tiles, which were fully reusable. These tiles do not shed their mass during reentry. Instead, they work by transferring the heat to the surrounding environment through convection. The Shuttle's mission profile aimed to target and return from altitudes only as high as 550 kilometers, also known as the Low Earth Orbit (LEO).

Therefore, it could have afforded to use the reusable, non-ablative heat shield tiles, which is a luxury that Starship cannot afford since it is designed to be an interplanetary transport vehicle.

Through the SAMI program, NASA hopes to let SpaceX drastically reduce the launch costs of the Starship program. SpaceX's chief Mr. Elon Musk has also mentioned low costs several times, with the executive hoping that a 150-ton Starship launch to LEO will cost as low as $1.5 million, resulting in a per-kilogram cost of $10.

For comparison, through its rideshare program that uses the Falcon 9 rocket, SpaceX gives potential customers an estimate of $1 million for payloads as heavy as 200 kilograms. This results in a cost to LEO of $5,000. It also outlines the sheer optimism which fuels Mr. Musk's goal of eventually making humans an interplanetary species. The $10/kg estimate assumes an aggressive launch cadence, which will only be established once the Starship program has matured and is fully operational.

Until then, SpaceX will have to amortize its development costs and contracts to LEO, lunar orbit, and its satellite internet service Starlink will serve to recover the capital expenditure. Musk has also shared hopes of conducting a hypersonic flight test for point-to-point travel on Earth, with speeds starting from 3,000 miles-per-hour.

Starship is currently awaiting the culmination of an Environment Assessment from the Federal Aviation Agency (FAA) who is soliciting the public's input for the vehicle's launch facilities in Boca Chica, Texas.