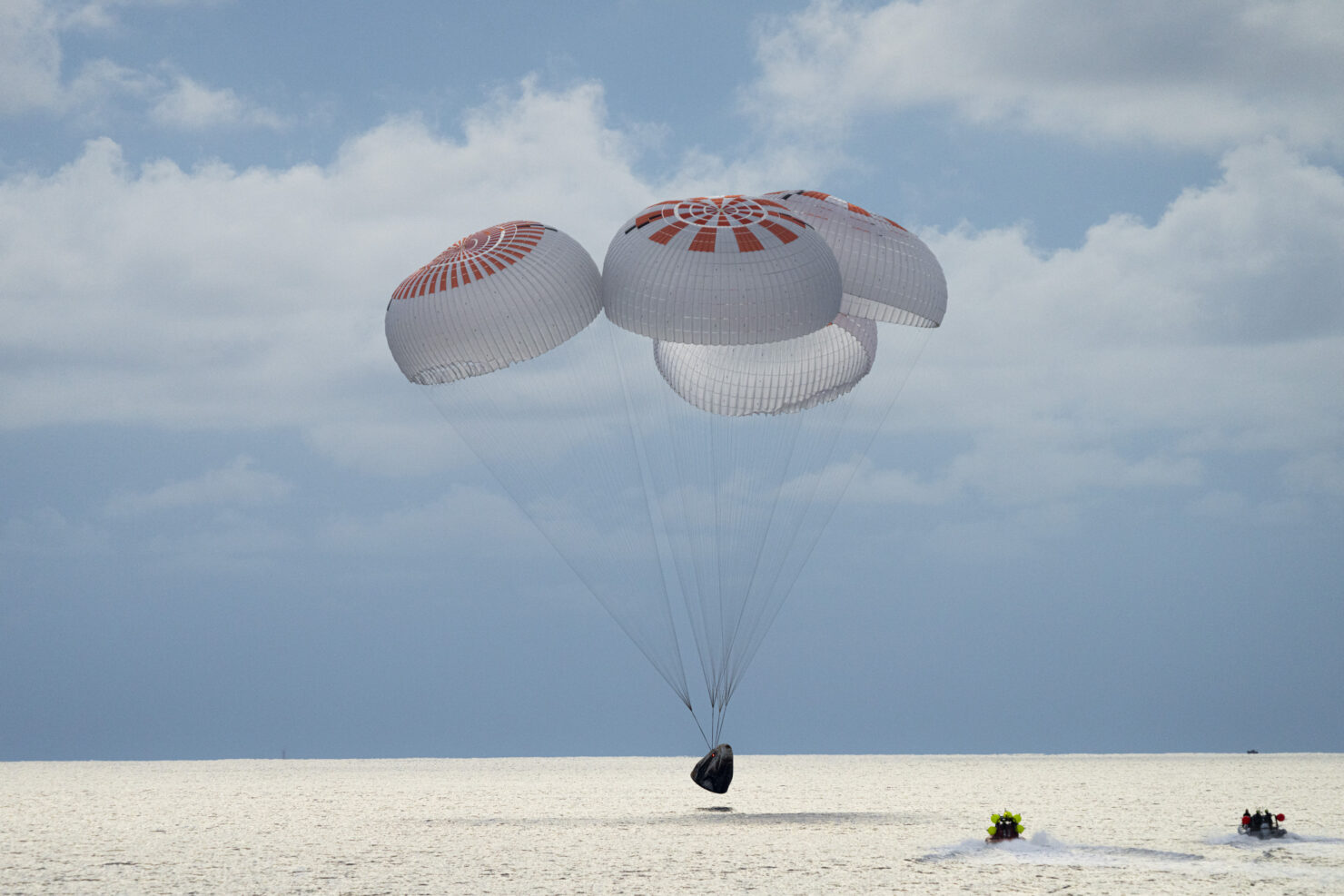 The SpaceX Crew Dragon spacecraft for the Inspiration4 mission as it splashes down following its return to Earth. The spacecraft's side facing away from the crew and towards the Earth is charred black and is on the right side of the spacecraft in the image above. Image: Inspiration4/Twitter

Space Exploration Technologies Corporation (SpaceX) is researching methods to reuse the heat shield for its Dragon spacecraft. The Dragon is responsible for performing crew and cargo-carrying missions to the International Space Station (ISS), and it features a single use heat shield developed by the National Aeronautics and Space Administration (NASA) and customized by SpaceX for the spacecraft. The company plans to fly its third official astronaut mission to the ISS later this month, and during a mission overview press conference held yesterday, SpaceX's director Dragon mission management Ms. Sarah Walker outlined that her company had reused a portion of the heat shield in an earlier NASA mission and that it was evaluating full heat shield reuse.

During the press conference, Ms. Walker and NASA and ESA officials outlined details about the upcoming Crew-3 mission to the ISS. This mission will ferry four astronauts to the orbiting space laboratory, marking the second U.S. astronaut launch this year.

When asked about her company's plans for reusing the Dragon spacecraft's heat shield, the SpaceX executive explained that her company thinks of the component as having two parts. One of these is the tiles placed at the bottom of the spacecraft for its atmospheric reentry, and the second is the backshell. The backshell is the part of the Dragon capsule that lies between its nosecone and the heat shield, and it also houses the spacecraft's thrusters for the in-flight abort emergency escape system. 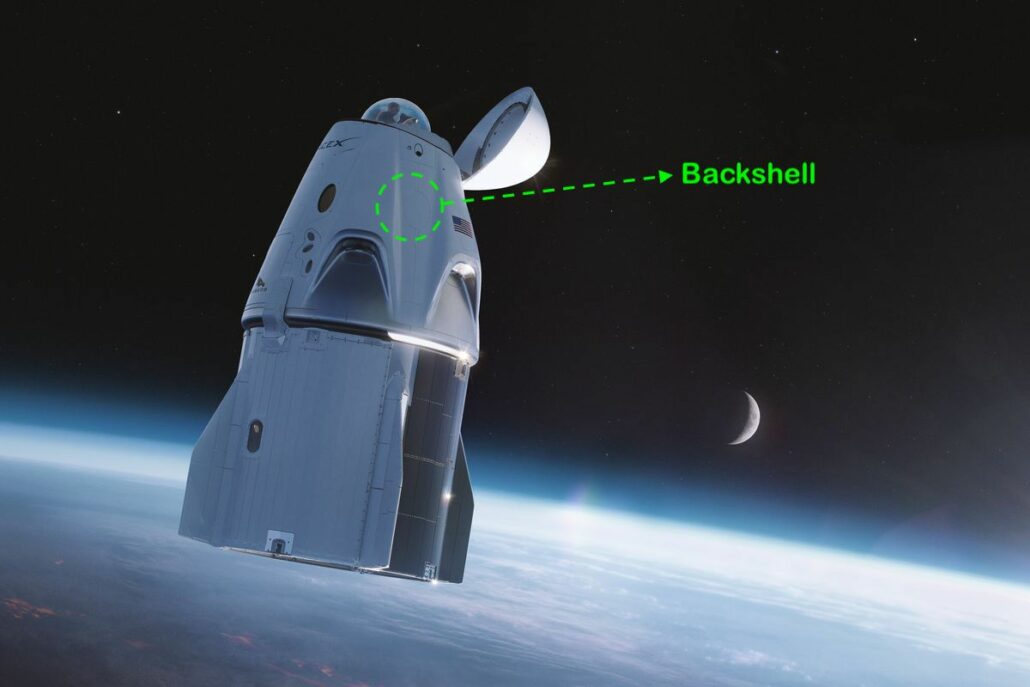 The Crew Dragon spacecraft used by SpaceX in the recent Inspiration4 mission. Image marked to show the backshell.

Her full response to the question was as follows:

Yes, thank you for your question. Yeah, we do look at all of our components and what can be reused, what we might make new. So the heat shield we really think of it as two components. There's the backshell or the laminate and then there's the thermal protection tiles, the PICA tiles that go on top. So yeah we look at reuse for both of the items. I believe our most recent mission, again trouble thinking in public, I think our most recent mission had a reused heat shield laminate. But yeah both of those hardware items are in the process of going through evaluation for reuse.

The thermal protection tiles mentioned by Ms. Walker are Phenolic-Impregnated Carbon Ablator (PICA-X) tiles, a spinoff from a NASA technology developed in the 1990s. Their precise thickness is unknown, but unconfirmed estimates, made before the current second-generation Dragon 2 spacecraft came into service, have suggested a thickness of 8 centimeters, with two being consumed during reentry and the remaining necessary to form a layer between the main structure and the PICA tiles.

For the backshell, SpaceX uses the SpaceX Proprietary Ablative Material (SPAM) for thermal protection, and there is speculation that the Dragon 2 uses an advanced version of this material. If Ms. Walker's memory served her well during the press conference, then SpaceX might have resued the second-generation material on either the recent Insipiration4 crewed mission, which took a private band of astronauts to an altitude higher than the ISS. Or, it might have reused the material on NASA's CRS-23 mission that took to the skies on August end.

If the director's words are taken literally, and we see no reason why not, then it is possible that Inspiration4 was the mission with the reused laminate. Additionally, as SpaceX continues to manufacture new Dragon capsules, the company may have further refined the PICA-X, which was originally developed in the early stages of the Dragon program.

The Dragon's heat shield also became a hot topic after the return of SpaceX's first crewed ISS mission, DM-2, revealed that the spacecraft had suffered from unforeseen heat shield damage.