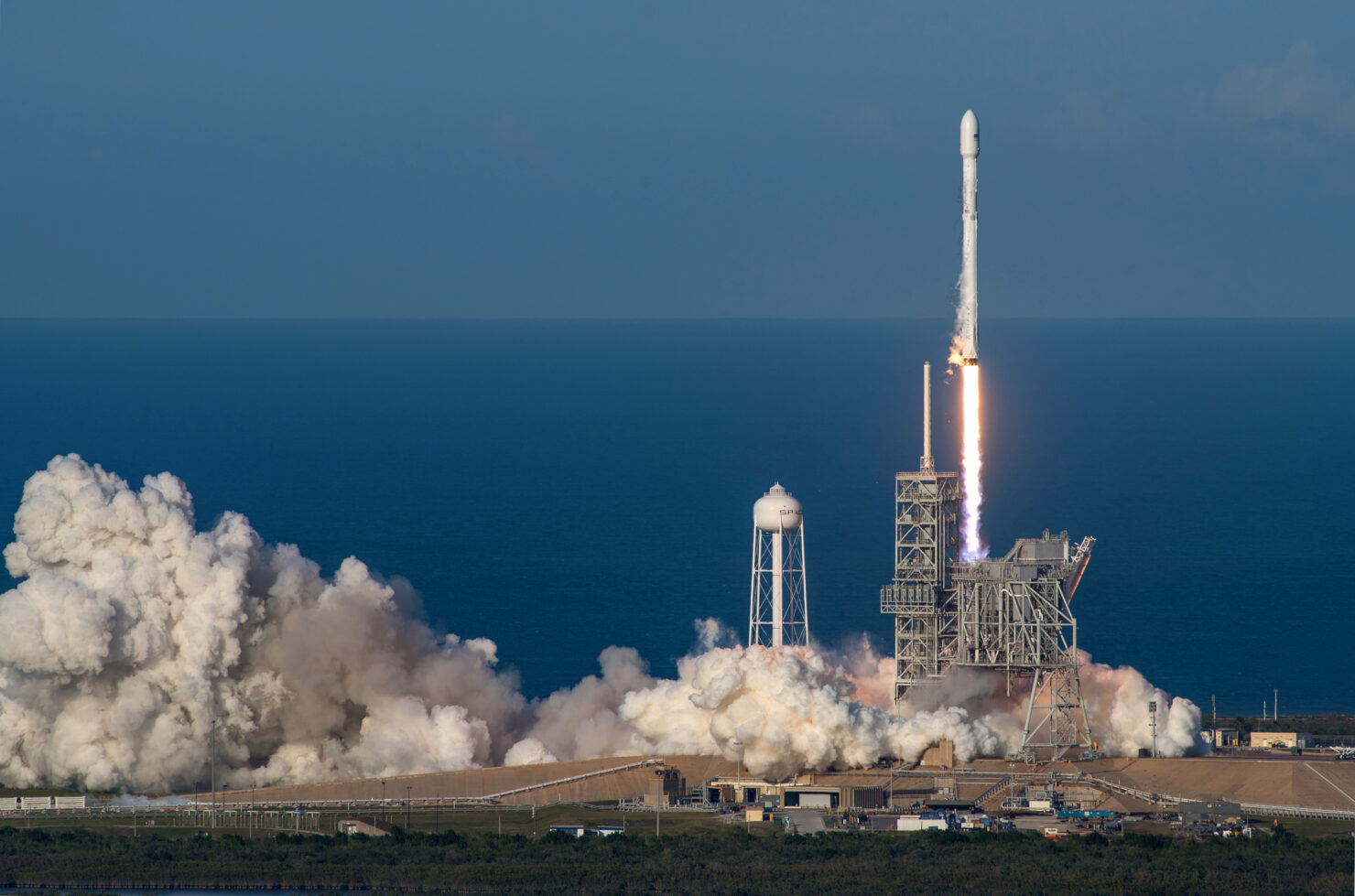 The SES 10 satellite for SES S.A. launched onboard SpaceX's Falcon 9 Full Thrust (B1021) from NASA's Kennedy Space Center in Florida on March 30, 2017. This was the first time an orbital first stage of a launch vehicle was re-flown to deploy a payload. Reusability is a key tenet of SpaceX CEO Elon Musk's plans for the company's Starship launch vehicle system. Image: SpaceX/Flickr

As his company looks forward to developing a safe and regular launch cadence for the National Aeronautics and Space Administration's (NASA) missions to the International Space Station (ISS), SpaceX's chief executive officer and chief engineer Mr. Elon Musk has his eyes set on the future. Musk, whose initial plans to land a greenhouse on the Martian surface led him to invest heavily in SpaceX nearly two decades back and put his financial future at risk as a result, had planned to speed up efforts at making humanity an interplanetary species.

At this front, his company has been successful in drastically reducing the cost of sending payload mass to orbit via not only reusing the Falcon 9 rocket lineup but also by establishing an aggressive launch cadence - with both being equally essential for bringing down costs. Now, as he recovers from "one of the mildest cold/flu experiences I’ve ever had", the executive took to Twitter once again to reiterate a crucial cost metric for SpaceX's Starship launch vehicle and spacecraft lineup currently under development in Boca Chica, Texas.

His comments, made in the pacific time morning, are not the first time that he has commented on SpaceX's plans for Starship. Reducing the cost-per-tonnage to orbit has been the company's stated design goals for the project from the get-go, since its earliest days when Starship was simply referred to as the Interplanetary Transport System.

Previously, Musk was confident enough to put a number on the launch system's payload delivery costs in May. Back then, the executive outlined that the cost of launch for Starship to presumably Low Earth Orbit could be brought down to as little as $10/kg of which roughly one-third would be propellant costs.

The math behind this simple figure worked out to roughly half a million dollars for propellant costs and the rest (twice that or $1 million) for areas such as reusability, refurbishment, recovery and transportation. His latest comments now reiterate the marginal cost of sending a payload to LEO, with the marginal cost of a product being different from its total cost, which is the amount that is often factored in when deciding a price quote.

An excerpt from a SpaceX presentation for the earliest design goals of Starship highlighting the cost of getting an average person to Mars based on the technological environment at the time. Image: SpaceX

"Yeah, looks like marginal cost [EMPHASIS ADDED] of launch will be less than $1M for more than 100 tons to orbit, so it’s mostly about fixed costs divided by launches per year"

Starship's stated design goal for the time being aims to put 150 tons in LEO, which is the lowest orbit for a launch vehicle to access. Musk's comments made in May had estimated a $10/kg payload delivery cost for a 150-ton payload ($1.5 million per mission) and also factored in a high flight rate. The dynamics of the astronautic launch sector involve high investment for building the rockets and these costs are then factored with fixed costs such as payroll and facility runtime in a vehicle's total costs.

Marginal costs cover refurbishment and the other areas mentioned above and the final pricing decision is at the manufacturer's discretion, as several strategies that factor in either the total cost or only the marginal cost are available to a company to quote to its customers. The costs (marginal) can be summarized as those that a manufacturer would incur were it to provide one additional product, or as in SpaceX's case, one additional 'unit' of launch, and Musk's $10/kg estimate is based on these costs alone. 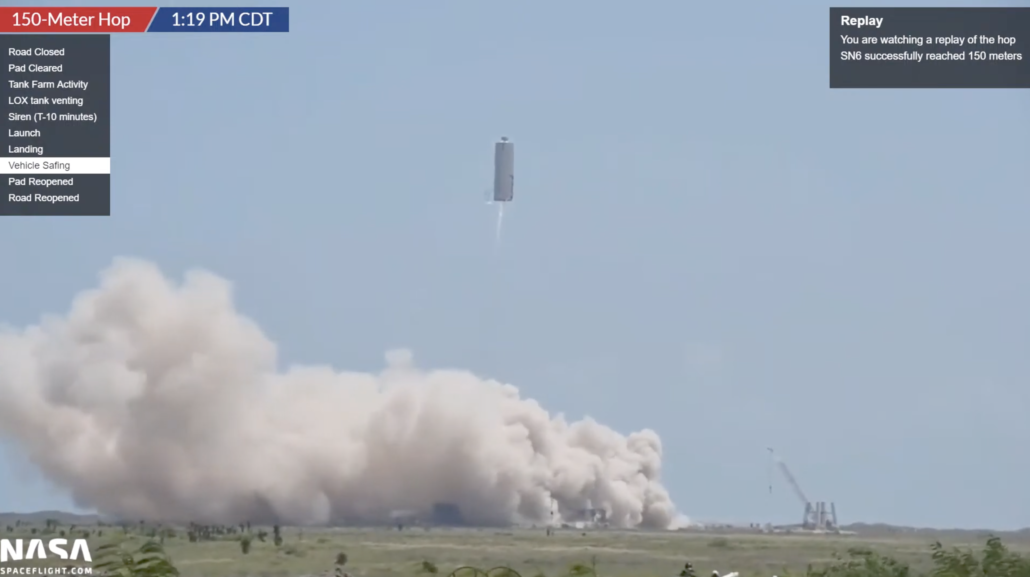 While low marginal costs will involve high launch cadence, early flight costs of Starship will depend on SpaceX's overall capital investment in producing the launch vehicle system. By the start of the second quarter of the calendar year 2017, SpaceX had invested $1 billion alone in simply developing reusable rocket technologies, revealed Musk during the post-launch press conference for the Société Européenne des Satellites (SES S.A.)'s SES-10 communications satellite which was the first in history to be launched on a reused orbital first stage of a launch vehicle.

For Starship, SpaceX had estimated a $130 million manufacturing cost for the system's fuel tanker. These tankers are one of three components of the system and will be the first of their kind, with SpaceX already having won NASA funding earlier this year to demonstrate the in-orbit refueling these will enable the company to achieve for its launch system. So far, the company has built roughly six prototypes of the tanks which are far from including all components that a finished product will consist of. Given that SpaceX intends to build dozens of these prototypes, development costs will easily exceed those for reusability quoted above.

The ability of the company to then absorb these costs into Starship's customer price quote will depend on the contracts that it secures for the launch system. In addition to being chosen as one of three vehicles for NASA's lunar lander, Starship will also enable SpaceX to significantly increase the number of Starlink satellites that it deploys in low earth orbit. Missions such as these, then, might enable Musk's goal of $10/kg payload costs to see the light of day.