South Park: The Fractured but Whole Squeezes Out Its “Bring the Crunch” DLC This Month 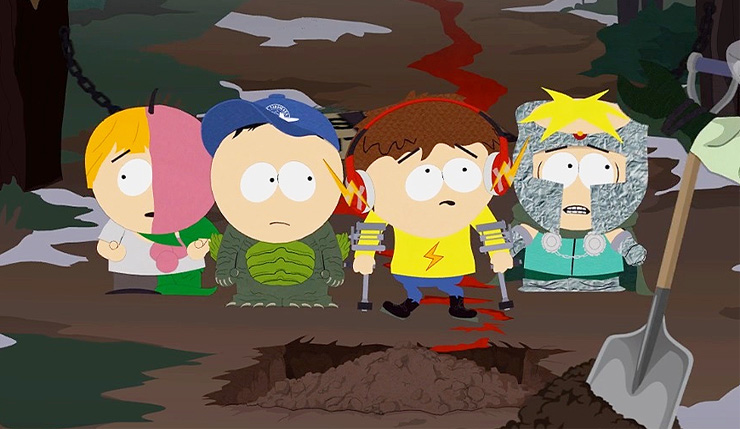 South Park: The Fractured but Whole is finally launching its final nugget of DLC. Bring the Crunch takes place South Park summer camp (ahem) Lake Tardicaca, and has a Friday the 13th slasher movie theme. The DLC also includes the new “Final Girl” superhero class and adds Mint-Berry Crunch to your team. Check out a couple screens and a description, below. 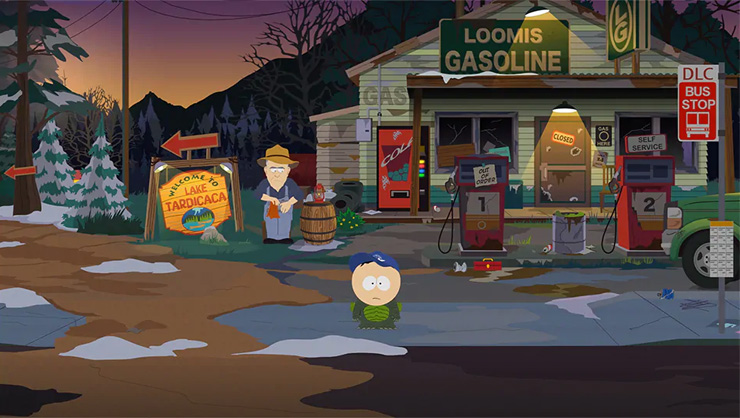 In Bring the Crunch, your newest buddy, Mint-Berry Crunch, aka Bradley Biggle, aka Gok-zarah, has just arrived from his home planet of Kokujon with the tremendous power of mint and berries. Meanwhile, an idyllic summer at Lake Tardicaca turns into a nightmare when the camp counselors go missing. With the fate of summer camp in jeopardy, Fastpass sends out a Coonstagram distress signal. Team up with FastPass, Doctor Timothy, Professor Chaos and the newest member of the Coon & Friends, Mint-Berry Crunch, to save summer camp.

Players will also be able to embrace the new "Final Girl" class and overcome insurmountable odds to survive. This superhero class brings new combat tactics and traps to take down spooky enemies. After saving Lake Tardicaca, players will be able to bring their new powers and buddy to the rest of their superhero adventure. 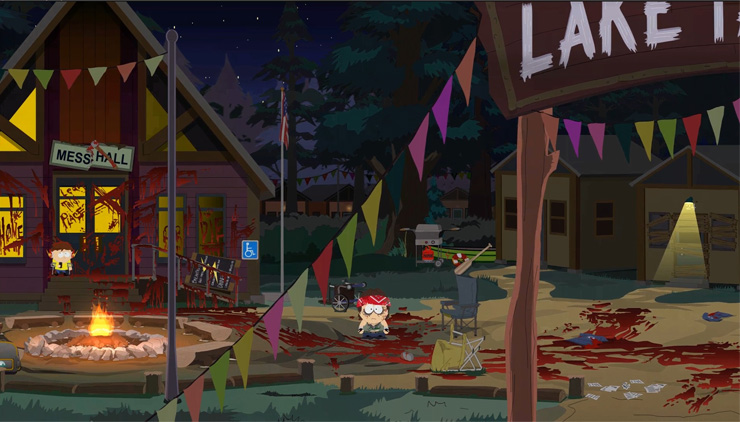 Bring the Crunch doesn’t look quite as exciting as the Casa Bonita DLC, but I’m sure it will deliver its share of tasteless fun. In other South-Park-RPG-related news, Ubisoft has announced South Park: The Stick of Truth is coming to the Nintendo Switch this September. This is slightly odd, as Ubisoft already released The Fractured but Whole on Switch, but hey, better late than never I suppose!