Now that Watch Dogs is out and running, the only upcoming big gaming thing that everyone should be excited about is E3 2014. We are only a couple of weeks away from experiencing one of the most important events in the world of gaming. All major video game publishers that will be present at E3 2014 are trying to deliver more to the players who will not be able to attend the event. Sony has made some very special arrangements in order to provide real E3 2014 experience to its fans. 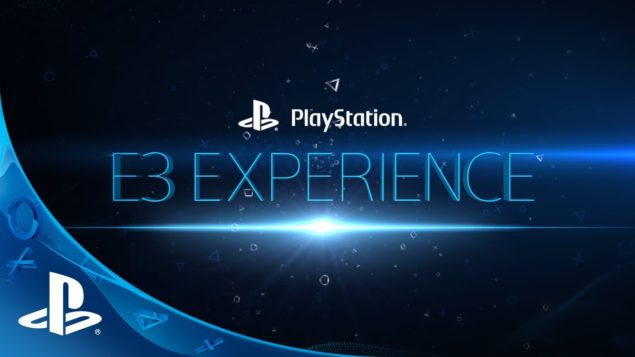 The big players of the gaming industry that will appear at this year's Electronic Entertainment Expo have already released the schedule plan for their press conferences. Being the first one for the PlayStation 4 and Xbox One consoles, E3 2014 is really important for the platform holders as well as for the entire gaming industry. If you are one of those unlucky fellows who will not make it to the event in person, here is a good news for you, you can still watch E3 2014 in the big way.

Sony has made some arrangements to treat its fans with its E3 2014 PlayStation Press Conference in a special way. Skip the loading times and event streaming on browsers this time and get yourself a ticket to one of them 40-50 movie theaters where Sony will be showing its PlayStation Press Conference live on some massive screens. With an experienced guy hosting the shows, attendees will also cash 30 minutes of exclusive extra content and a few special surprise gifts. Below is the statement that can be found at PlayStation Blog.

"Why watch PlayStation’s E3 Press Conference on a puny browser window when you can see it on the silver screen? On June 9th, we’re inviting PlayStation fans in the US and Canada to experience the E3 press conference in a new way – live, on a massive screen in more than 40 movie theaters.

Join us and host Geoff Keighley for the PlayStation E3 Experience, featuring an HD simulcast of the PlayStation E3 Press Conference. Attendees will also see 30 minutes of extra content, including exclusive extended game footage and interviews with the world’s biggest game developers. And hey, if you show up, we might even cough up a few surprise gifts.

Best of all, it’s free. Space is limited, so make sure to register for the event soon here: http://eventgrid.com/Custom/playstatione3

If you don’t live near one of the fine cinemas listed below, never fear: You’ll be able to watch all the gaiety from your computer or smart phone right here on PlayStation.Blog (or PlayStation.com and Ustream.tv/playstation).

Read on for more details, including a full list of theaters where the event will take place."

The details about when and where the show will take place and who is allowed to jump in are given below. A complete list of those movie theaters where the PlayStation E3 2014 Press Conference will air live is also provided below.