Sony is currently making arrangements for the marketing campaign for its next-generation console, the PS5.

At least, that’s what a Linkedin job listing for a senior product manager suggests as spotted by German media outlet Playfront. We’ve included the relevant part from the job description down below:

“At PlayStation we are working at the frontiers of immersive experiences for our users. We are looking for an entrepreneurial Product Lead to join our Intelligence Platform Group. As part of this hands-on position you would work across Partners, Product and Engineering and contribute to development and growth of PlayStation Intelligence Platform. You will own the roadmap for next generation PlayStation campaign.” 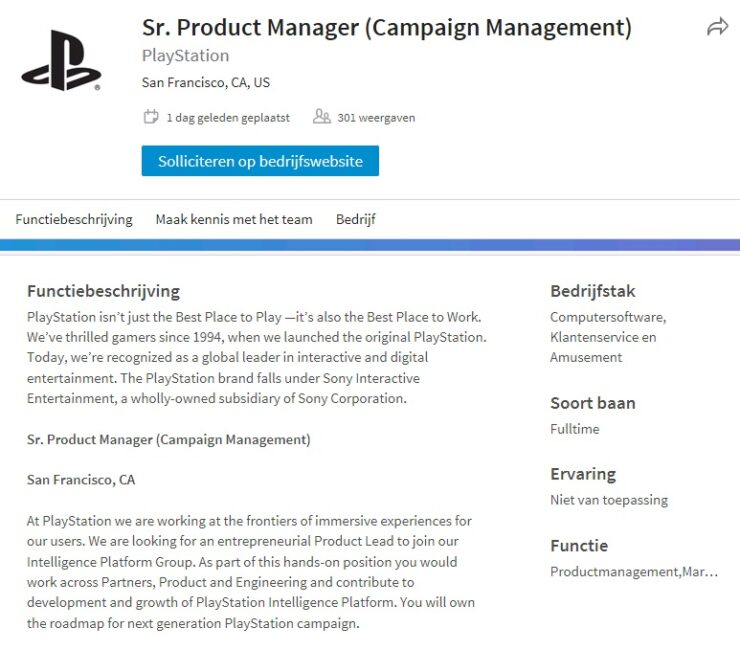 Sony has yet to officially announce its next-generation PlayStation console, but recent reports claim that the Japanese tech company will launch the console by the end of 2019 or one year later. As expected, the specs of the console are unknown at this point but rumors state that it might use an AMD Ryzen CPU. Sony recently confirmed that the PS4 entered its final phase in its life cycle.

As always, we will update once we learn more about Sony’s next-gen console.