Sony on GaaS: We’re Big On Story, But We Might Enter That Space With A Suitable Team & Concept 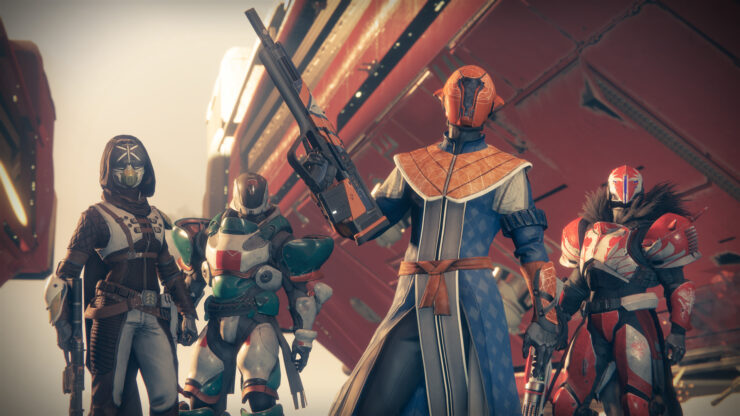 The acronym GaaS, or Game as a Service, is one of the hottest buzzwords in the gaming industry. By and large, it refers to game developers continually upgrading (and monetizing) games after release, way more so than in the past. Obviously, the best examples of GaaS titles are found in the online games category: Destiny, The Division, League of Legends, Overwatch but also Rainbow Six: Siege and Ghost Recon: Wildlands.

Last month, Square Enix acknowledged GaaS as the future mainstream model, announcing that future titles developed within the company will take it into account. When you take a look at the platform holders, Microsoft is already pushing hard on this front. Almost all of their latest games are using GaaS in some fashion, from Killer Instinct to the latest installments in Halo and Gears of War, from Forza to upcoming titles like Sea of Thieves, and Phil Spencer openly said that service-based games are capturing an ever larger amount of audience.

Microsoft's main competitor, though, hasn't been much active on that front. Speaking with The Telegraph, Sony Interactive Entertainment's Shawn Layden commented:

My philosophy is to play to my strengths. And if you look at the studios we have - Naughty Dog, Guerrilla, Santa Monica Studios, Japan Studios - that’s what we do well. We do story. We create characters. I was so gratified to see the response to Horizon's Aloy when she showed up on the screen and the crowd went wild.

Games as a service? We have a bit of that with our MLB The Show - it’s got the same virtual currency a lot of sports have - and we have other titles that come up that play in that space. But if you want to make a big generalisation about what does Worldwide Studios do? We’re big on character. We’re big on story.

Does that mean Sony is content with conceding this particular sector to Microsoft? Not at all, says Layden.

I’m not conceding anything. I reserve the right to enter anything at any time if I have a team and a concept that works in that space.

Sony won't necessarily disregard GaaS based projects, then, and they might be greenlighted with the right concept and team. Is there any particular PlayStation IP you'd like to see as a service-based game? Tell us in the comments.