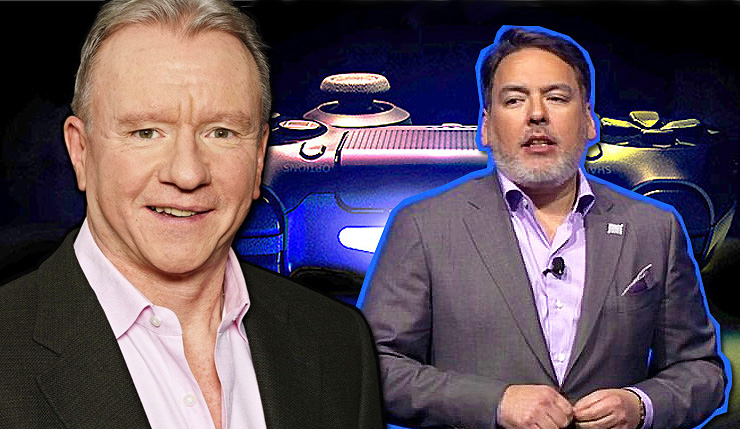 Yesterday we reported the surprising news that Sony Interactive Entertainment Worldwide Studios chairman Shawn Layden would be leaving the company after over 30 years. The same day it was reported that SIE Japan president Atsushi Morita was also taking his leave. The announcement of Layden’s departure pretty much came out of left field and with little fanfare – a single tweet is all Sony and the PlayStation team has had to say on the matter.

It is with great emotion that we announce that Worldwide Studios Chairman Shawn Layden will be departing SIE. His visionary leadership will be greatly missed. We wish him success in future endeavors and are deeply grateful for his years of service. Thanks for everything, Shawn!

Well, it seems there may be more to Layden’s sudden departure, as GameDaily.biz reports the PlayStation team is beset by power struggles and internal upheaval as we head into the next console generation. Long story short, it seems Layden may have been pushed out by current Sony Interactive Entertainment Worldwide CEO and president Jim Ryan, who’s been rapidly climbing the ranks, rising from SIE deputy president to the big boss in less than year. Meanwhile, Layden had seemingly been permanently earmarked as leader of Worldwide Studios. Of course, overseeing first-party software production was important, but Layden was definitely subservient to Jim Ryan as overall PlayStation boss, despite Layden arguably having a more impressive track record of success with the company. Take this all with a grain of salt, as GameDaily didn’t present any direct quotes to support this portion of their report, but it sure is juicy!

GameDaily also reports recent efforts to bring all of the SIE branches under one “Worldwide” umbrella has caused some confusion, as business practices and marketing are very different from region to region. This, combined with the power struggles, has apparently led to a lot of confusion as we head into the next generation of consoles. Information on the PlayStation 5 is apparently trickling out slowly even to first-party teams, with third parties even further behind. An anonymous developer at a major third-party studio had this to say about the situation…

This is the least amount of clarity we've ever had on a new console this close to transition. I believe that the [global restructuring] is exponentially exacerbating the already difficult process of transitioning to a new generation. And now we’re getting nervous. Very nervous.

Here’s hoping Jim Ryan and his team can get their ducks back in a row, because this is the absolute worst time to have the well-oiled PlayStation machine fall apart. Tellingly, Ryan recently vowed to avoid complacency as we march toward the PS5 release.

The track record of the incumbent platform winning the next time around is not a great one. So the major thrust of my executive energy is to avoid complacency.

Do you think Sony can pull off the rare feat of “winning” two console generations in a row? Or is there trouble brewing for PlayStation?