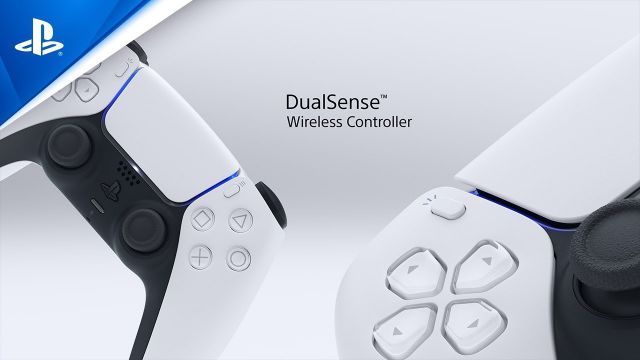 The CEO of Immersion, the company behind the PS5 DualSense’s haptics technology, has talked about Sony’s focus on haptics for the upcoming console generation.

A lot has been written about the upcoming DualSense controller for Sony’s next-gen. From the looks of it, the new haptics technology inside the controller will offer an unprecedented new experience that allows for more immersion in games. Talking to investors in Immersion’s most recent financial earnings call, CEO Ramzi Haidamus talked about the DualSense controller and how he believes that Sony has focused on the new haptics tech due to the PS4 already offering quite an outstanding audio-visual experience – one that it’s rather hard to increase by a significant amount.

“We believe that Sony has done a wonderful job delivering an amazing surround sound experience over the years”, the CEO said. “That experience is pretty much maximized. In other words, it's kind of hard to increase it by a significant amount. And the same thing with video, the incredible graphics on the PS4 will be improved with the PS5. But we're getting to that point where it is quite an outstanding experience. And therefore, the question is where do you go next, which is why we believe Sony and other gaming consoles are starting to focus on haptics. It's kind of the third experience to get you more immersed in that game.”

Ramzi added that this new experience has been less relavant up till now. Sony, however, has now greatly increased the experience that it can offer to gamers.

And more importantly, it is an experience that has been substandard so far. I mean we all know what haptics has been so far. It's just a vibrating device. What Sony has done is increase that experience so much that the immersiveness of the haptic controller gets you an extra feel of being immersed in the content of the game based on technology and IP. So just as was quoted by one of the game developers, they believe this is the first time where you can actually feel the kind of surfaces that you are touching, not just a vibration, but you can actually get a different feeling, whether you're hitting a weapon or hitting a different kind of surface.

According to the CEO, the experience being offered by the new technology in the DualSense will be the norm going forward.

“That is a brand-new experience, and that is singularly differentiated by haptics”, he told investors. “And we're very excited about this, not just because Sony is doing it, but we believe that kind of experience will be the norm and the standard going forward.”

From what we’ve been hearing, many in the gaming industry have praised the new PS5 DualSense controller, and we can’t wait to get our hands on it as well.

Are you excited for the next-generation of consoles, more particulary the PS5 and its all-new DualSense controller? Take it outside down below.