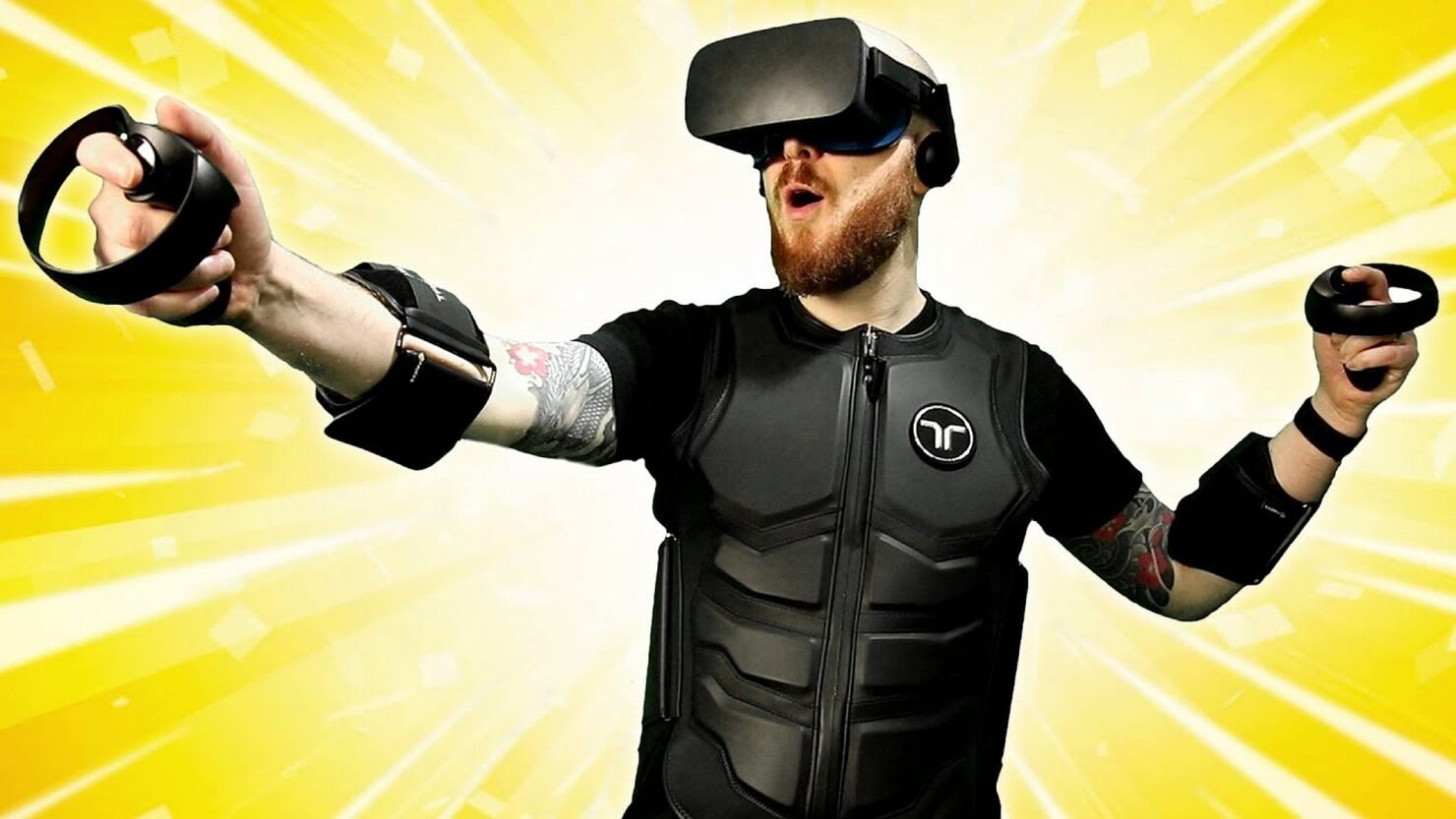 Haptic feedback is nothing new for gaming, as various companies have tried to find ways to turn the game audio into something felt and not just heard. When I grew up, I remember looking through my worn copy of Mortal Kombat II and seeing an advert for the Aura Interactor, a Sega Genesis peripheral that proved to be the predecessor for most modern forms of haptic feedback. I was never able to get my hands on the Interactor when it was the latest and greatest, but the desire to feel something in my games has always stuck with me. Since then, vibrations and haptic responses have become the norm for just about every gaming platform on the market, from the DualShock to the JoyCon or even gaming chairs with subwoofers built into them. For a company like bHaptics, their solution is a wearable that feels like it can achieve the promises made by the Aura Interactor so long ago.

Dubbed the Tactsuit, bHaptics' haptic solution isn't just one singular device that rumbles along to whatever's happening on screen. Their fully wireless setup (via BLE) consists of a few awkwardly named devices: the Tactot vest, Tactosy units for arms, hands and feet, and the Tactal, a wearable mask that attaches to your preferred HMD display. In my hands-on with their paintball simulator, I was able to try out everything but the units for the hands and feet (which if I were doing a boxing simulator instead, I would've loved to try out the hand Tactosy units).

While the demo itself wasn't anything too memorable (1v1 paintball match with various classes/loadouts to see who can deal the most damage), the tech on display certainly was. Any time I moved out of cover and lost sight of my opponent, the vibrating feedback instantly let me know that not only was I being shot at but also the direction (and if I was unlucky enough to get shot in the head, the HMD would vibrate in response).

My third demo was largely similar to the first, where I wore just the bHaptics Tactot vest and played a standard game of Rainbow Six Siege. Given the intensity settings that were preloaded before I even sat down, I was able to feel far more than just the footsteps as I made my way through the kill house. Environmental noise and the alerts from my opponents were fed into the vest which vibrated in real-time to give me an instant response when someone was nearby, something that I noticed to occur even faster than just listening for cues via the headphones I had on. In a busy scenario when there's so much noise going on, being able to identify the direction something's coming from can be just the right amount of information to come up with a tactical advantage.

bHaptic's second demonstration for their Tactsuit was to demo how it works with regular audio sources. For this, they brought me into a small echo chamber and had me listen to a number of songs they handpicked for the experience, from rock to orchestral ballads. I went with Muse's Hysteria, a track off their 2003 Absolution album that became one of my absolute favorite jams in Rock Band to play the bass on. As Christopher Wolstenholme's fingers worked their magic and started up the groove that marks the beginning of Hysteria, I could feel the haptic motors gear up and tickle my lower back, moving upwards and growing in intensity as the bassline kicked up. By then, my entire torso was pulsing and vibrating along to the beat from the forty-some motors that drive the haptic vest (which, if you're wondering about battery life, should operate around thirteen hours on a full charge).

Originally I thought what bHaptics was producing was something to add to the immersion of virtual reality, but after experiencing the feedback with games and music, I now know that the beats are for more than just playing Half-Life: Alyx in VR. bHaptics is already showing that their tactical vest can do what the Aura Interactor promised decades ago and I may want to get one of these just for dusting off the old MadCatz double-finger bass and playing some Rock Band.