We have been trying to get you as many Black Friday 2013 deals as possible. We are also trying to get you the best from the information that is overloading us on the Internet. Hence in this post we will mention the best of Black Friday deals we have found so far. We will appreciate our readers to let us know if there's something good we have missed out. 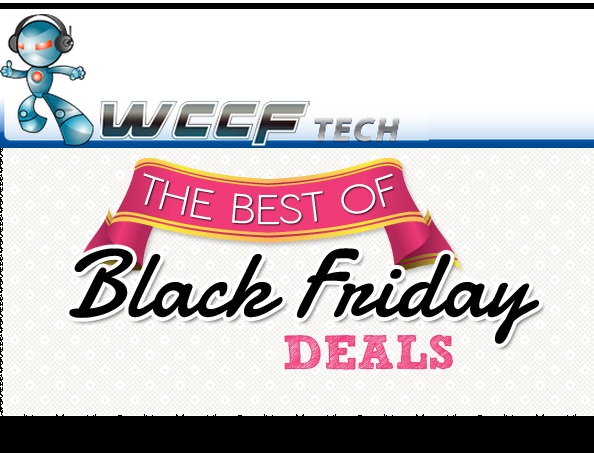 As shared with you a week ago, AT&T is offering the very latest Apple's flagship iPhone 5s for $188 and is giving a $75 gift card too. iPhone 5c is also on a good offer with AT&T contract available at $48 with a gift card. But we have other, better deals! 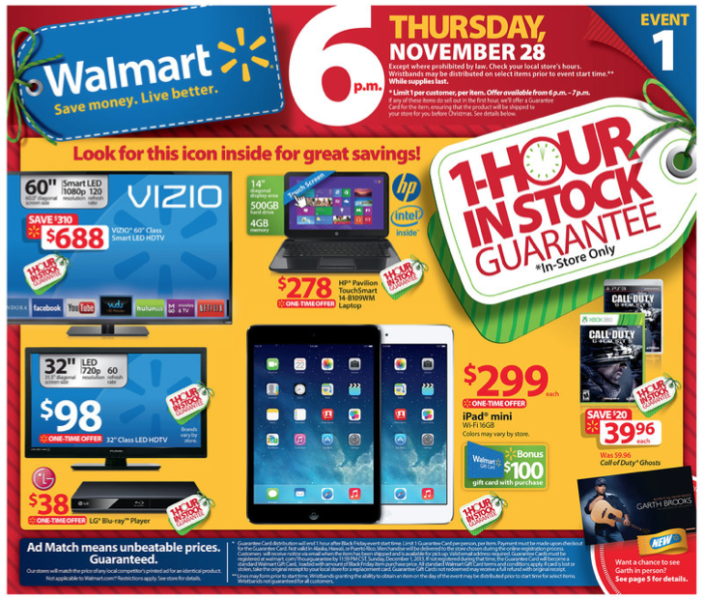 Walmart is selling iPhone 5s priced at $114 (including $75 gift card) making the deal quite economical with a two year contract. On Walmart, One of the most impressive Black Friday deals include an iPad Mini for $299 with a $100 gift card!

Free gift card offers are also on with the purchases of iPhone 5c and iPhone 5s. In fact Walmart will be actually paying you $30 on a purchase of iPhone 5c as it is offering the device for $45 with a $75 gift card! For the Android fans, Walmart is advertising some pretty good Black Friday deals on Samsung Galaxy S4, Moto X, Galaxy Mega and other device. Read here for more: Walmart Black Friday Smartphone Deals

In the tablets category, Target is offering iPad Air for $379 after taking into account $100 gift card. Target is also offering $75 discounts on all iPad Mini models. If you want to buy Retina iPad Mini, Target seems to be the best place as it has started receiving iPad Mini shipment this week. Target is offering iPhone 5s with a $50 discount bringing the price tag $150. 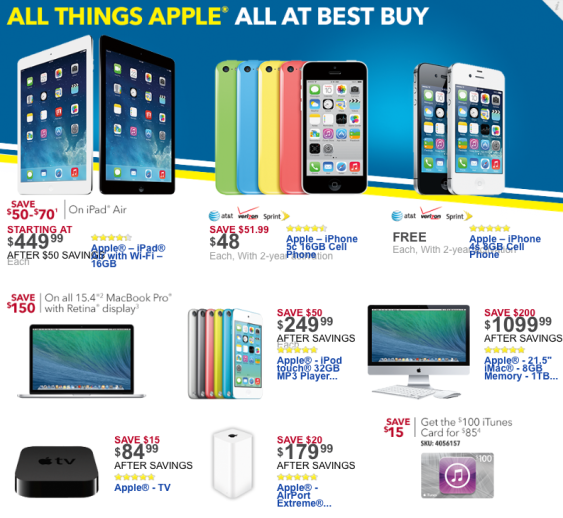 For the brands, Samsung isn't offering any Black Friday deals on smartphones, however you can get some good savings on Galaxy Note, Tab, Samsung TVs, and other appliances. For more, check out our Samsung Black Friday post. 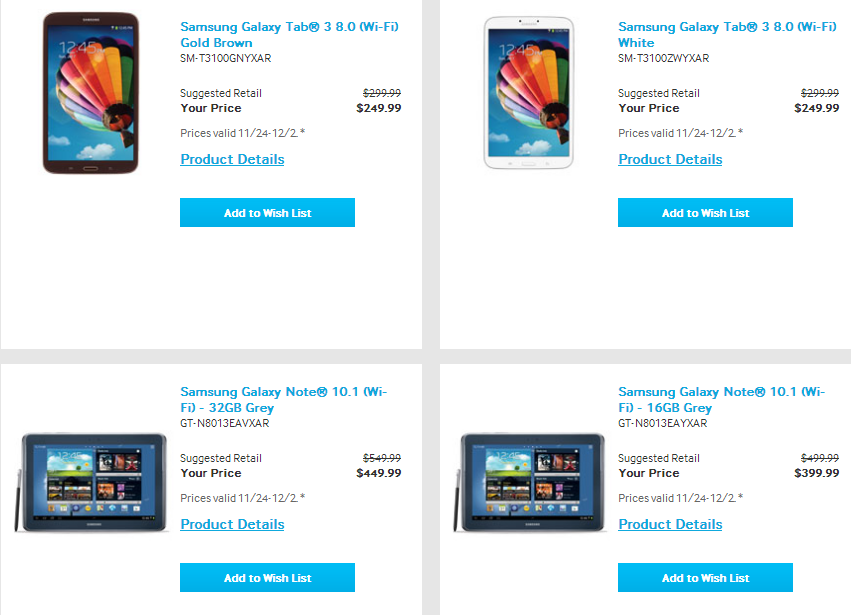