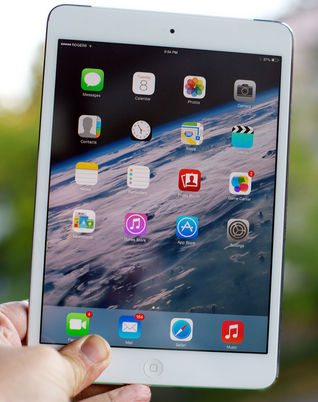 Even the Apple stores themselves are short of cellular Retina Mini models after being available last week for a very short time. Retina iPad Mini was available at Apple's stores in U.S. a day after the device's surprise launch. Apple had then also offered a personal pickup option for online orders.

In contrast, iPad Air has been available on all these carriers and Apple's retail stores in a good supply with 1-3 business days average shipping time. iPad Air was launched on November 1 and currently these carriers and other stores carry it at stores.

Apple's Retina iPad Mini was launched after Air and has since been facing supply shortages. This is mainly due to production constraints that Apple has been facing due to a display issue faced by many consumers who got to purchase the iPad Mini Retina at earliest. Apple is supposed to get displays for Retina iPad Mini from Samsung and Mini model supplies are likely to be better in 2014's first quarter.

WiFi only Mini Retina iPad shipping is rather easy if you intend to buy one. These models appear to be available at Apple's store with some 1-3 business days shipping time.