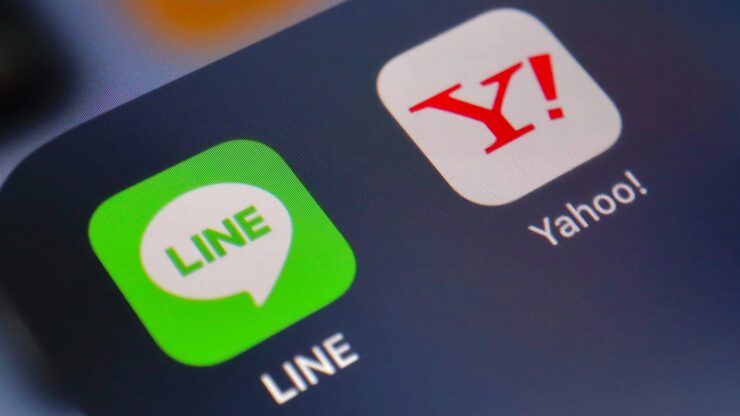 In a major tech upheaval, the SoftBank-backed internet company Yahoo Japan (TYO:4689) has confirmed ongoing merger talks with the owner of Line App – a popular freeware application for instant communication. The combined entity, potentially worth up to $27 billion, will enjoy significant synergy and allow SoftBank (TYO:9984) to expand its e-commerce and payments services footprint.

Yahoo Japan, which changed its name to Z Holdings in October and where SoftBank retains a 45 percent ownership, has affirmed the continuation of final stage negotiations with South Korea's Naver Corp. (KRX:035420) – the owner of Line with a 73 percent stake.

SoftBank Corp. also released a statement on Thursday morning indicating that it is currently "discussing various possibilities including [the merger]".

SoftBank’s PayPay currently boasts 19 million users. Moreover, Line Pay – the Line App’s digital payment platform – has 37 million users and will also be able to leverage the Line App’s overall user count of 82 million. Consequently, the deal has the potential to create a mega-platform with more than 100 million users who will be able to avail financial services and e-commerce solutions from a single launchpad, thereby, transforming Japan's digital landscape and offering formidable competition to American and Chinese internet groups.

Reuters has reported that a deal may be concluded before the end of the current month. Moreover, SoftBank and Naver are currently discussing the establishment of a 50/50 venture that would, in turn, control Z Holdings. For its part, Z Holdings would control the operations pertaining to Yahoo and the Line App.

Shares of rival Rakuten Inc. (TYO:4755) fell 6 percent in the wake of this development. On the other hand, shares of Z Holdings, which currently maintains a stock market value of about $17 billion based on Wednesday’s closing price, jumped 16 percent during Thursday’s trading. Incidentally, Line – valued at about $10 billion – has reported three consecutive quarters of operating losses as it tries to revive growth.

Separately, on Thursday, Z Holdings announced the acquisition of a 50.1 percent stake in fashion e-retailer Zozo Inc. (TYO:3092) through a $3.7 billion deal that was first disclosed in September (read our previous coverage here). The purchase would help fortify the online fashion retailer against rivals such as Amazon and would leave Zozo’s founder and former CEO Yusaku Maezawa with a residual 18 percent stake in his company.

One-stop platforms are becoming increasingly popular throughout the globe. However, this trend does not bode well for smaller internet companies that specialize in e-commerce, social media or financial services because of their relatively limited resources and the concurrent failure to compete with these emerging megalithic platforms. China's Tencent Holdings (HKG:0700), as an emblematic case, maintains over 1 billion users across WeChat – a multi-purpose messaging, social media and mobile payment app that also offers streaming services, games and more.