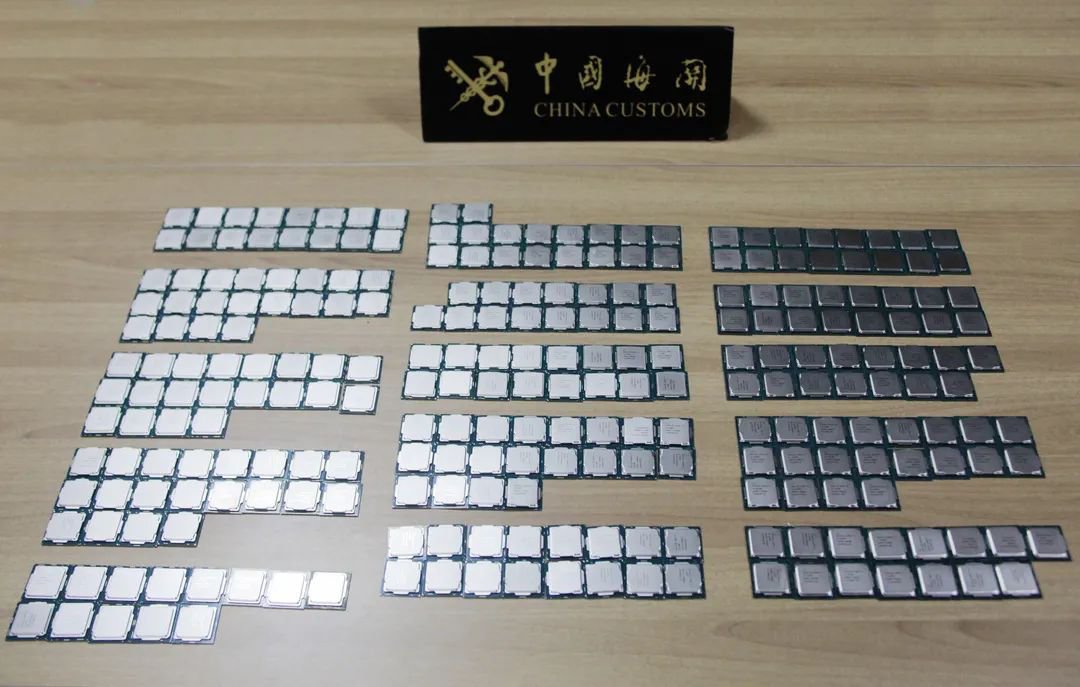 Last month, Hong Kong-Zhuhai-Macao Bridge Customs officials have seized a total of 308 tenth generation Intel processors from two separate smuggling attempts. The first happened on June 16th. One of the drivers was acting abnormally, and after a search of the vehicle and then the individual, they discovered 256 Intel CPUs, specifically the i7-10700 and i9-10900K models, strapped to the body — attached to locations such as the calves and torso. The monetary value of the Intel processors being smuggled across the Hong Kong-Zhuhai-Macao Bridge borders was above 800,000 yuan ($123,550).

The second attempt was made by an individual on the 26th evening of last month. Customs officers found 52 Intel processors located in the vehicle between the driver and front seat passenger. This was due to suspicious activity recorded on video of entry and exit vehicles near the Hong Kong-Zhuhai-Macao Bridge border.

There have been numerous shortages of computer hardware worldwide, especially recently in several areas in China. Intel processors are easier to acquire than graphics processors, but certain regions see a larger shortage than others.

We recently reported about Chinese officials running several crackdowns on cryptocurrency mining, causing many crypto mining groups to travel to other areas such as the Sichuan region. With China being more diligent about these activities, it is less of a surprise to see how desperate individuals and groups have become and what levels of smuggling and black-market activities happening on a daily basis. And, with Ukraine recently in the news for their law enforcement individuals shutting down a crypto mining factory that was using almost 4000 PlayStation 4 systems, it will be interesting to see what levels will be taken to acquire any electronic equipment for use with cryptocurrency or just for public sale.

Cryptocurrency has seen a rise since before coronavirus was rampant worldwide, but over the last year has increased with more public knowledge of the subject has become accessible, and nonfungible tokens increasing in popularity due to influencers, artists, brands, etc., creating NFTs for sale to fans and investors. The interest has peaked investors looking for a quick sale turnaround or long-term investing of their cryptocurrency profits, especially over the last year.