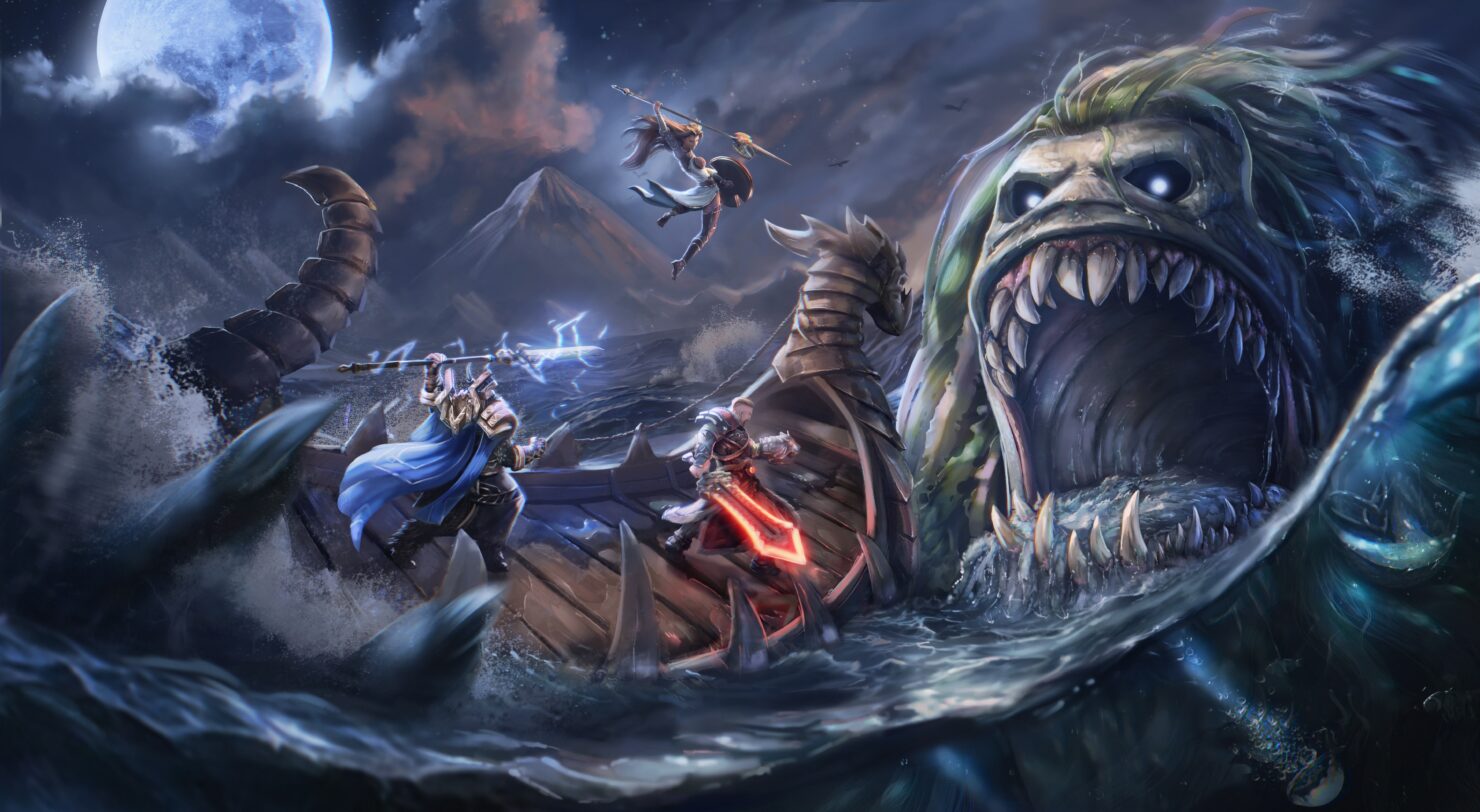 Players will have to band together in Shadows over Hercopolis to fight against Loki for the soul of Hercules, traversing iconic locations from Norse mythology to confront legendary monsters and, of course, earn epic loot in the process.

There will be three epic boss battles. The first one features the flesh-eating sea monster from the key art above, which will be a multiphase battle on top of a sinking ship. Successful players will move on to fight the father of all fire giants in his burning realm.

Saving the best for last, the final fight will be against Loki. Travis Brown, Project Lead on SMITE Adventures, said:

The pace we've set with this new adventure is nonstop. The realms of Norse myth are fraught with environmental hazards, devious puzzles, and colossal monstrosities. All of which we have brought to life in the most epic challenge SMITE players have ever faced.

For more information on Shadows of Hercopolis, you can check out SMITE's official website. The game is available on PC, PlayStation 4 and Xbox One as a free-to-play title.