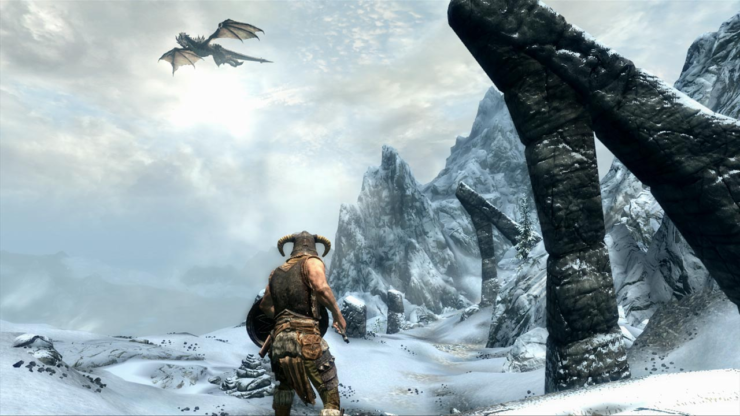 Bethesda's re-release of the 2011 smash hit The Elder Scrolls V: Skyrim is now available on PlayStation 4 and Xbox One, and the good folks over at Digital Foundry have now published a report detailing the findings of their technical analysis of the game. Skyrim Special Edition, as it is titled, runs at a native full HD 1080p resolution on both PlayStation 4 and Xbox One consoles with a targeted frame rate of 30fps. Xbox One version easily reaches 1080p with "some degree of overhead left over," Digital Foundry explains, “but almost certainly not enough to sustain 60fps frame-rates, necessitating the 30fps cap.”

Unlike the PC version, which failed to impress a large number of players due to performance issues and minimal improvements in visual quality, the console versions of Skyrim Special Edition look “pretty solid” in terms of both visual quality and frame rate stability. The game seems to make use of the same temporal anti-aliasing that was featured in Fallout 4. “Overall, it's a pretty solid 30fps with just minor stutter - we suspect that storage and streaming may well be the issue here, more noticeable on Xbox One,” Digital Foundry noted.

“Thus far, Skyrim Special Edition looks pretty solid,” Digital Foundry wrote in conclusion. “It can be viewed as an enhanced PC port for the current-gen platforms and in comparison to the PS3 and Xbox 360 versions, there's a night and day improvement in terms of performance and stability, not to mention resolution, art quality and overall levels of detail.” If you’re having a difficult time deciding which console version to pick, you can’t go wrong with either. "So far, both consoles appear remarkably like-for-like in terms of their presentation," the site said.

Do, however, keep in mind that Skyrim Special Edition is getting PlayStation 4 Pro support, which will allow the game to render at a native 4K resolution and deliver even smoother frame rate. “Bearing in mind that this is a 4x resolution boost over the base PS4 version, using a GPU with around 2.3x the processing power (plus other enhancements), there is the suggestion that the standard PlayStation 4 hardware may be somewhat under-utilised here,” Digital Foundry wrote.

For more on the Skyrim Special Edition, check out keep checking back here.