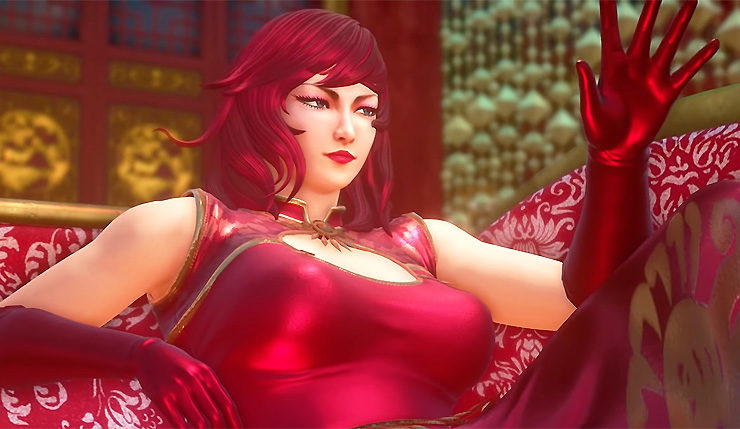 Shenmue III has just released it’s launch trailer. That’s a very strange thing to type, but Shenmue III really is coming out next week. What a time to be alive! Unlike past Shenmue III trailers, which have mostly focused in on the title’s open world and gameplay, this one is all about the continuation of the series’ ongoing story, and it’s just as over-the-top as you’d expect. So much dramatic pointing! I can barely take it! Check it all out, below.

So, yeah, that voice acting leaves something to be desired, but would Shenmue still be Shenmue without the awkward dialogue? Clunky acting aside, Shenmue III is looking pretty darn impressive for a game made on a fairly-limited partly-crowdfunded budget. You can’t accuse Yu Suzuki and developer Ys Net of a lack of effort – they’re doing everything they can to please the fans. Haven’t been keeping up with all things Shenmue III? Here’s the basic rundown of what to expect:

Play as Ryo Hazuki, an 18-year-old Japanese martial artist hellbent on avenging his father’s death. In this third installment of the epic Shenmue series, Ryo seeks to solve the mystery behind the Phoenix Mirror, an artifact sought after by his father’s killer. His journey takes him to an immersive representation of rural China, brimming with activity and surrounded by beautiful landscapes. Ryo’s adventure leads him to towns and mountain villages where he can further his training, try his hand at gambling, play arcade games, and work part-time jobs while investigating those who know truth behind the Phoenix Mirror.

Shenmue III finally arrives on PC (via the Epic Games Store) and PS4 on November 19. What do you think? Are you excited for the return of Shenmue after all these years? Or would it have been better if the series had remained a memory?