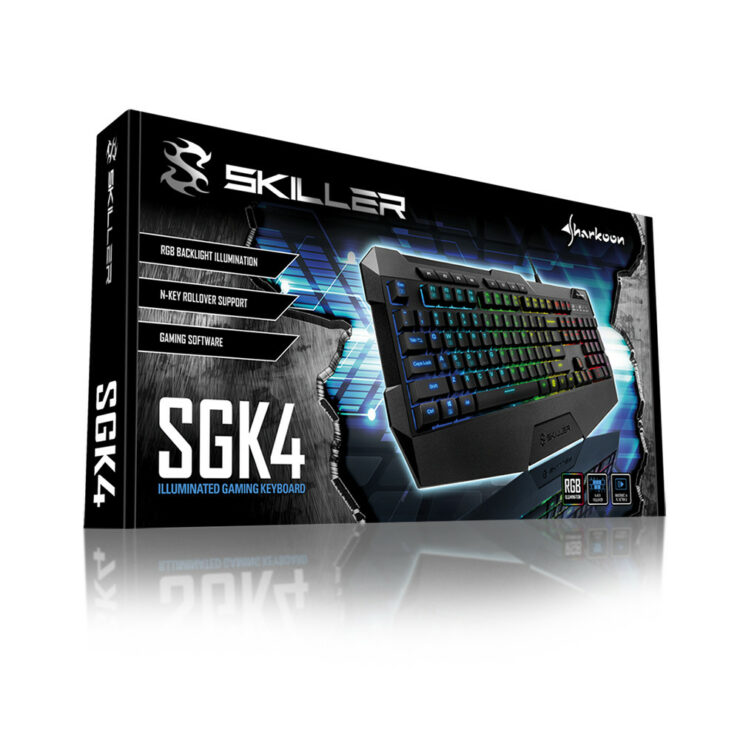 Sharkoon a company primarily known for their gaming peripherals, cases, and chairs in Europe has extended its range of gaming keyboards and introduces the SKILLER SGK4: a rubber dome keyboard with real n-key rollover support and segmented RGB background illumination, which can be adjusted within six zones.

Different colors and lighting effects can be selected using the four dedicated illumination keys. The illumination can also be customized via the SGK4 software for Windows whether for effects, frequency, direction, color or brightness. All in all, this seems like a pretty basic budget keyboard aimed for the mass market, Sharkoon also goes on to point out that within the software, individual keys can be reassigned with new commands or with configurable macros. In addition, key response times, the behavior of the Windows key, and the polling rate (up to 1,000 Hz) are also customizable.

The keyboard also features twelve function keys which have preset multimedia actions, in combination with the "SKILLER" key the keys  will perform basic multimedia functions such as starting the media player, pausing or adjusting the volume.

(ethics disclaimer: These are affiliate links and we will receive a commission from Amazon/Newegg or other retailers).