Sharkoon announces the RGB Slider PC case, which features a minimalistic design, a low price tag, and features that are normally only seen on higher-end PC cases. This PC case features an RGB strip on the front panel that offers fourteen different preset color modes and offers support for a variety of different motherboards RGB software. The RGB Slider Compact PC case is currently available through Sharkoon's website for the retail cost of €39.90 or roughly $47.38.

Sharkoon releases the RGB Slider PC case featuring a simple design, a tempered glass side panel while having good compatibility for PC parts

Sharkoon's RGB Slider PC case has a simple but timeless design, featuring a matte black coloring illuminated through a single RGB LED strip. This simple front panel design allows the RGB strip to be the center of attention, with just the Sharkoon logo being the only other item located on the front panel. Simultaneously, other companies have shifted to using mesh front panels, ensuring the maximum amount of airflow of the front panel. 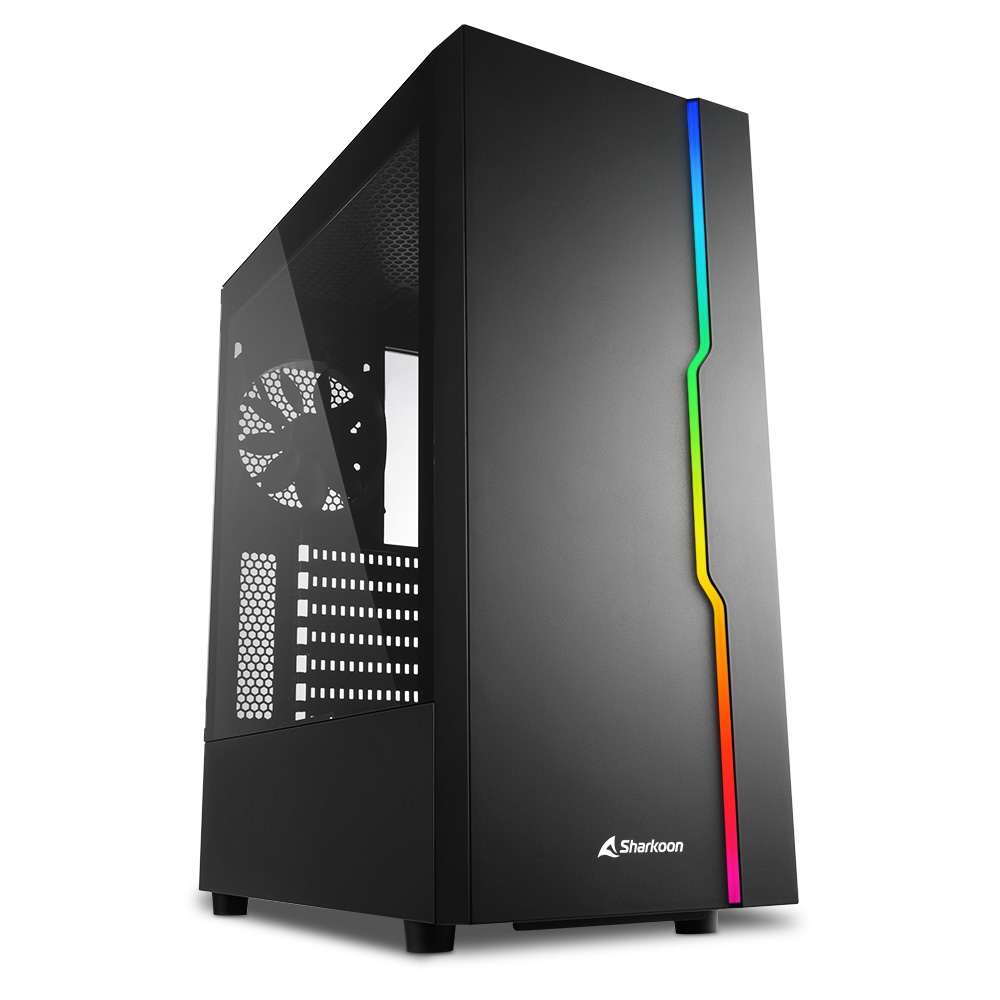 The RGB Slider does feature a large amount of airflow through the top and the bottom of the case, while the front panel will feature little in the way of airflow. While the RGB Slider does feature three 120 mm mounting locations against the front panel, two 120 mm fans can be installed under the top panel. This case also features the ability to have a 120 mm fan mounted to the PSU tunnel to offer further cooling to the storage drives.

The RGB Slider offers three SSD mounting locations on the motherboard tray's backside or the PSU tunnel for storage. This case offers two 3.5" HDDs to be installed in the HDD cage. This hard drive cage also can accommodate SSDs instead of HDDs. 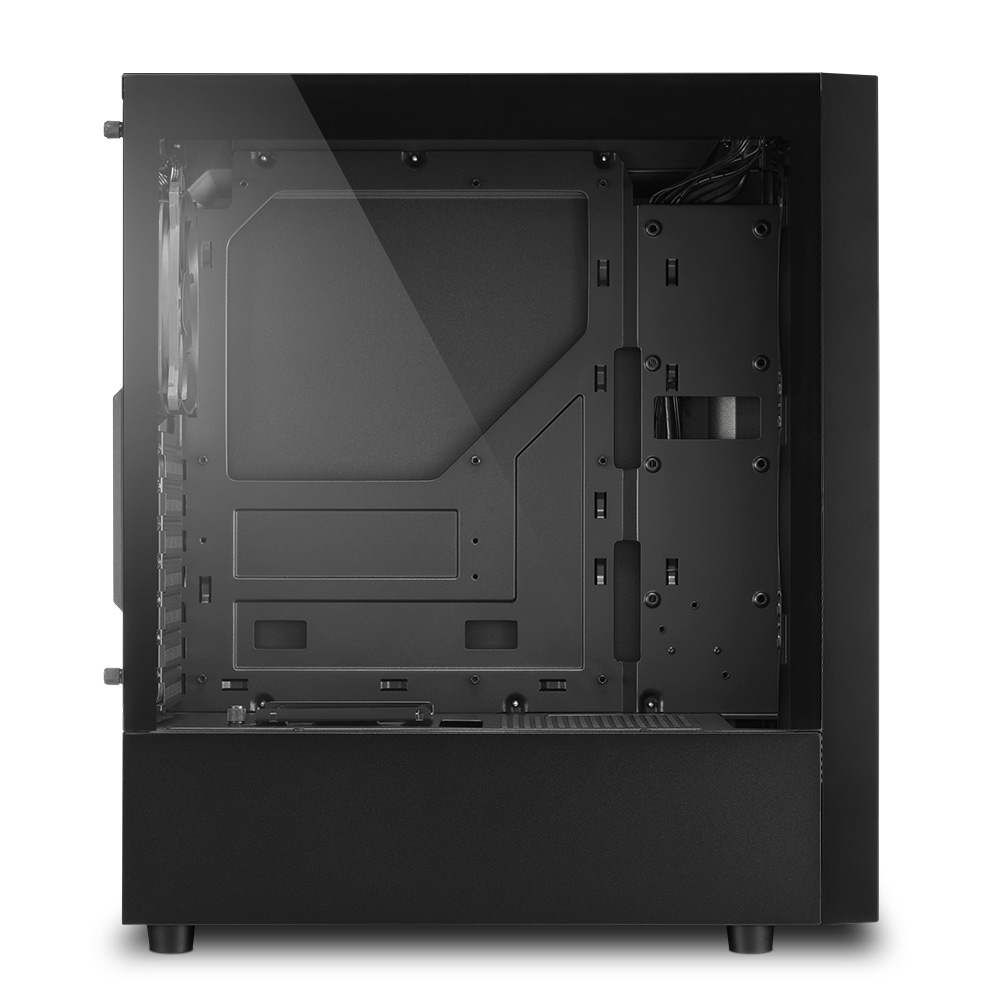 For compatibility, this case offers the ability to have a Mini-ITX, Micro-ATX, or an ATX motherboard installed with a graphics card having a maximum length of 335 mm. For the CPU cooler, this case can accommodate a height of up to 157 mm.

The RGB Slider is currently available through Sharkoon's website with the suggested price of €39.90 or roughly $47.38 when converted to USD.