The REV100 PC case features the REV's unique design to the motherboard; this means that the motherboard is rotated 90 degrees. Since this motherboard is rotated 90 degrees, all the other components are also rotated and are installed vertically when compared to the standard horizontal mounting way. Sharkoon made a compartment under the top panel with a large cavity for cable management; this will keep the case look neat and tidy with ease. 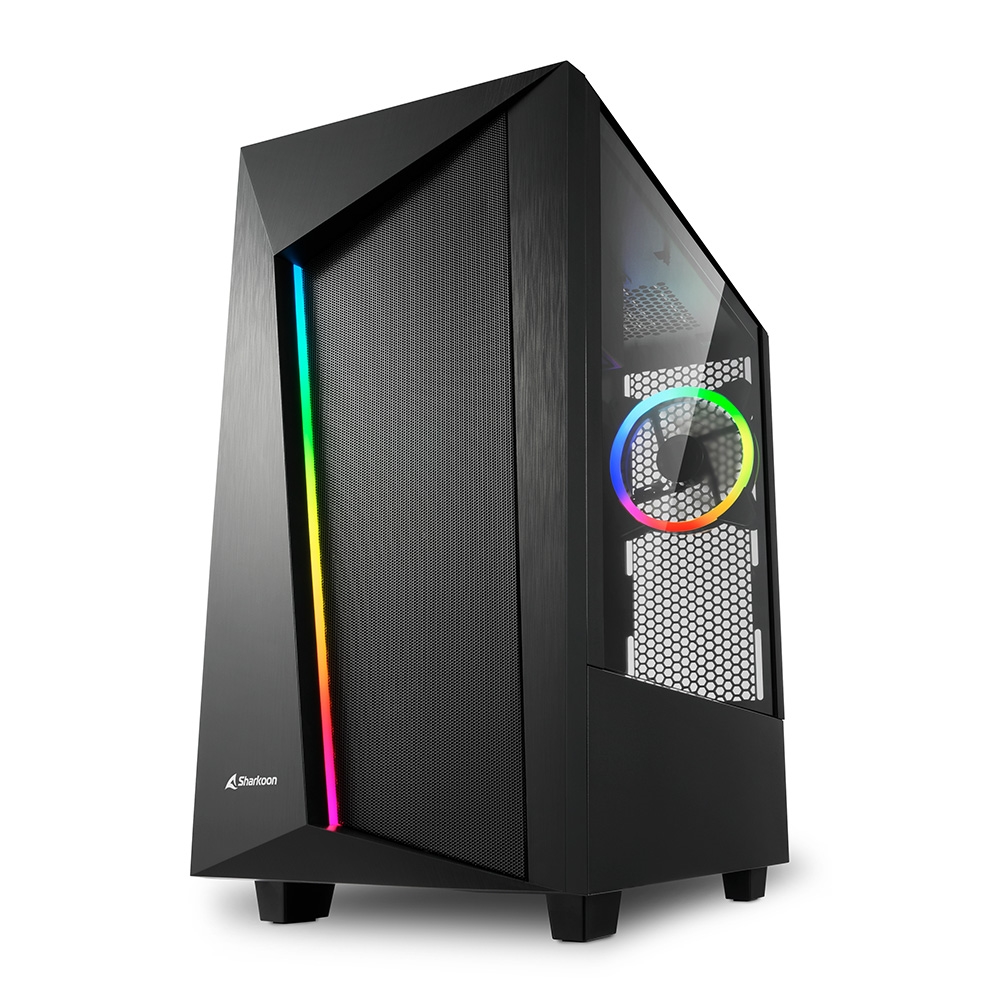 The REV100 PC case offers sufficient airflow with an RGB LED fan in the back of the case and a second pre-installed front fan. These two fans allow for sufficient airflow to be pushed through the case, but if the buyer wants to install more fans, they can. This PC case can have up to two 120 mm fans installed to the front panel while the rear panel can have up to a single 120 mm fans.

For compatibility, this case features support for Mini-ITX, Micro-ATX, or an ATX motherboard. For a maximum graphics card length, this PC case features up to 315 mm, and the maximum CPU cooler height is 167 mm. This allows for larger components to be easily installed in the REV100 PC case. The REV100 PC case is currently available at the manufacturer's suggested retail price of 64.90 euros or $76.46.