Shaq Fu: A Legend Reborn Has a Release Date, Will Pit Big Diesel Against Demon Celebs 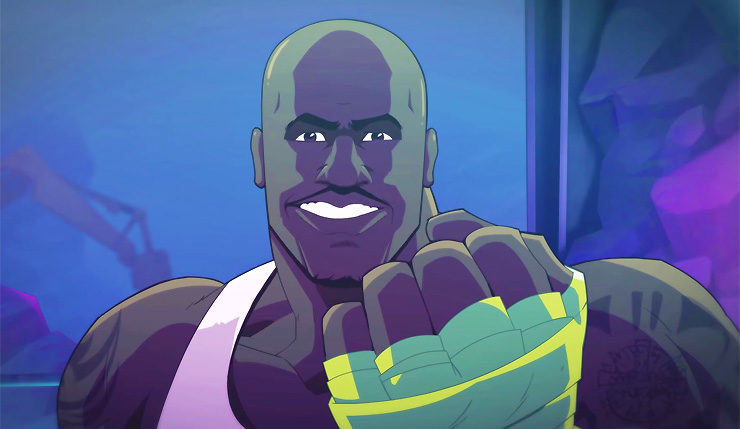 Mark your calendars folks, the moment you’ve all been anticipating/dreading is almost here – Shaq Fu: A Legend Reborn finally has a solid release date, and it’s not far away. For those just hearing about it, yes, a new Shaq Fu is happening. Back in 2014, scrappy indie video developer Shaquille O’Neal hit IndieGoGo in search of funding for a sequel to his infamously awful basketball fighting game Shaq Fu. The campaign (somehow) raised over $450,000, but the project has been beset by numerous setbacks and delays.

Thankfully (?) there’s no keeping a good (?) celebrity vanity project down. Shaq Fu: A Legend Reborn has unveiled a June release date and a new trailer, which you can check out below.

Since we last saw the game, it seems Shaq Fu: A Legend Reborn has decided to add a weird new “kill demon celebrities” angle. None of the celebs featured in the trailer are recognizable as anybody specific, although I suppose the one with the funny hair looks a bit like Donald Trump. Because that’s what Shaq Fu needed. Here’s the official rundown from Shaq Fu: A Legend Reborn publisher Saber Interactive:

Shaq Fu: A Legend Reborn is an action-packed beat ‘em up starring the one and only Big Diesel himself. Battle the hordes of Hollywood and hell on a one-man journey to avenge your fallen home and martial arts master. Beat down foes with devastating combos, face off against outlandish celebrity bosses, and unleash your fury with a variety of hard-hitting weapons and power-ups.

Nintendo Switch owners who purchased NBA Playgrounds before June 10, 2017 will get a complimentary copy of Shaq Fu: A Legend Reborn. Saber Interactive offered free copies Shaq Fu to make up for Playgrounds’ particularly rough Switch launch. Does giving somebody a copy of Shaq Fu really count as an apology? I’m not so sure.

The new Shaq Fu attacks the PC, Xbox One, PS4, and Nintendo Switch on June 5.