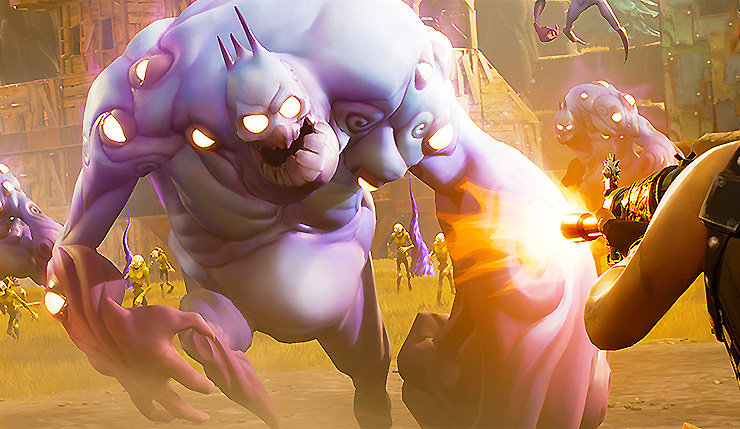 Since launching in early access this summer, Fortnite has been keeping players busy with a steady stream of events and new content, like the recently-added Battle Royale mode. Fortnite’s Survive the Storm event just wrapped up last night, but Epic Games has already announced their next event, Horde Bash, which will arrive later this week.

The Horde Bash update’s headline feature is the new PvE Challenge the Horde mode, which tasks you and three friends with surviving waves of baddies using limited resources. Of course, the event also includes new Heroes to play as, Llamas to bust open, and other fun stuff. You can check out Epic Games’ full rundown of all the additions and goodies below.

It all starts in a staging area. You’ll have unlimited time, but limited resources to build a portable horde fort. Once you've designed the perfect fort, exit the staging area and party with up to three friends. Your forts will be ready for action when your team hits the ground. As you survive, you’ll receive more resources and more rewards to Challenge the Horde.

Fortnite is currently available in paid early access form on PC, Xbox One, and PS4, and is slated for a full free-to-play launch in 2018. The Horde Bash event launches on October 5 (this Thursday).

Excited for Challenge the Horde mode? Or are you too busy playing Battle Royale? Swarm on down to the comments and discuss.