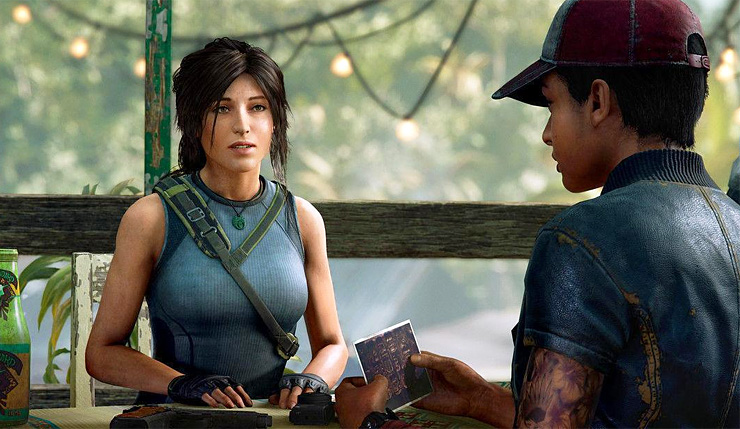 The latest chapter in Shadow of the Tomb Raider’s “Paths” Season Pass, entitled “The Grand Caiman,” drops today. The update serves up a new red-hot challenge tomb that should put Lara’s skills, and heat resistance, to the test. You can check out a trailer for The Grand Caiman, below.

Looks like another solid challenge tomb, with plenty of opportunity for shotgunning bad guys into lava pools. Here’s how Square Enix describes The Grand Caiman update:

In Shadow of the Tomb Raider’s new DLC, a ferocious deity threatens the lives of innocent San Juan villagers. To save them, Lara will battle a deadly group of mercenaries in order to prevent a cataclysmic disaster. Solve the new volcanic challenge tomb and reap its powerful rewards.

Survive the latest DLC with the Reptile Hide outfit, which heightens resistance against projectiles and boosts XP gained from assault kills. Players can also equip the Whispering Scourge, a suppressed shotgun, as well as the Volcano skill that enables crafting incendiary shotgun ammo, which sets flammable objects and most enemies ablaze.

For those who haven’t been keeping up, Shadow of the Tomb Raider’s Paths Season Pass will eventually deliver seven updates, each of which includes new story missions, a challenge tomb, weapon, outfit, and skill. The season pass also adds the ability to play all the main game’s tombs in Time Attack or Score Attack modes. The complete season pass will set you back $30, or you can buy each individual Path for $5 – five chapters, The Forge, The Pillar, The Nightmare, The Price of Survival , and The Serpent’s Heart have already been released. Shadow of the Tomb Raider also recently released its long-awaited ray tracing and DLSS patch.

Shadow of the Tomb Raider is available now on PC, Xbox One, and PS4. As mentioned, The Grand Caiman is available to download now.