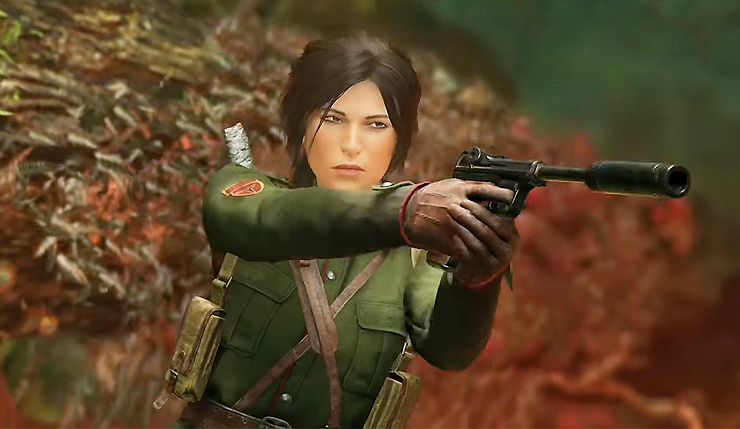 The latest chapter in Shadow of the Tomb Raider’s “Paths” Season Pass, entitled “The Price of Survival,” drops today. The update sees Lara continue her quest to expose Trinity’s secrets, and, like previous Paths chapters, provides an all-new co-op challenge tomb to tackle. You can check out a trailer and description for The Price of Survival, below.

Return to the world of Shadow of the Tomb Raider and solve a mystery behind Lara Croft's greatest foe. While trying to crack the private codes of Trinity's leader, Lara must conquer a new single-player challenge tomb filled with poisonous traps, while defeating the elite soldiers that stand in her way.

Equip the new Hunter’s Array outfit, which is a Classic Trinity uniform that makes Lara’s footsteps quieter while running. The outfit also increases the effect of perception plants, providing longer-lasting vision to hunt enemies. Players will also receive the Silent Sting, a pistol outfitted with a silencer for stealthier kills. Finally, the Raptor’s Eye skill improves Lara’s skill tracking enemies, making their outline visible through walls and other obstacles.

For those who haven’t been keeping up, Shadow of the Tomb Raider’s Paths Season Pass will eventually deliver seven updates, each of which includes new story missions, a challenge tomb, weapon, outfit, and skill. The Price of Survival also adds the ability to play all the main game’s tombs (Judge’s Gaze, Underworld Gate, Howling Caves, Path of Battle, Temple of the Sun, San Cordoba, and Ancient Aqueduct) in Time Attack or Score Attack modes. The complete season pass will set you back $30, or you can buy each individual Path for $5 – two chapters, The Forge and The Nightmare have already been released.

Shadow of the Tomb Raider is available now on PC, Xbox One, and PS4. As mentioned, The Price of Survival is available to download now.