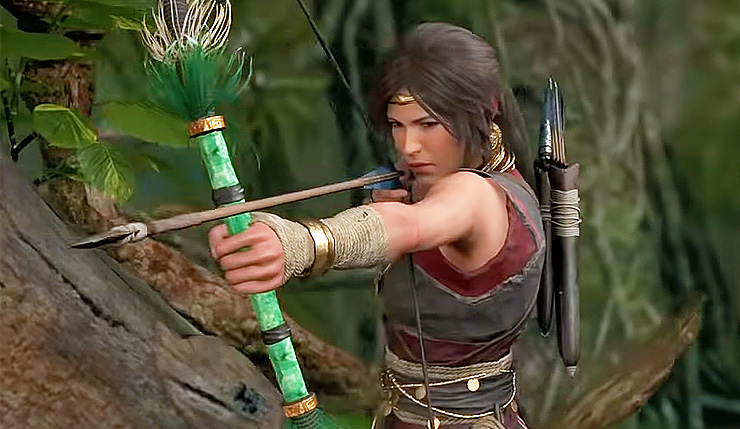 The latest chapter in Shadow of the Tomb Raider’s “Paths” Season Pass, entitled “The Serpent’s Heart,” drops today. The main meat of the update is the Slayer’s Gauntlet, an action-heavy new challenge that will put your skills to the test. You can check out a trailer and description for The Serpent’s Heart, below.

Experience “The Serpent’s Heart” DLC and endure the mighty Slayer’s Gauntlet in an attempt to save the lives of loyal rebels. Lara must infiltrate an enemy fortress to stage a daring prison break, then engage in a battle against evil Kukulkan cultists. Lara must also complete the Slayer's Gauntlet and navigate roaring rapids in order to receive the power of the serpent god.

Those who complete the challenge tomb will be rewarded with the Divine Bounty skill, which causes fallen foes to yield more gold coins when looted. The Serpent’s Heart also features the Dragon Scales outfit, which reduces fire damage, prevents stumbling, and accelerates health regeneration. Finally, players will receive The Serpent Lash bow, which deals out extra fire damage

For those who haven’t been keeping up, Shadow of the Tomb Raider’s Paths Season Pass will eventually deliver seven updates, each of which includes new story missions, a challenge tomb, weapon, outfit, and skill. The season pass also adds the ability to play all the main game’s tombs (Judge’s Gaze, Underworld Gate, Howling Caves, Path of Battle, Temple of the Sun, San Cordoba, and Ancient Aqueduct) in Time Attack or Score Attack modes. The complete season pass will set you back $30, or you can buy each individual Path for $5 – four chapters, The Forge, The Pillar, The Nightmare, and The Price of Survival have already been released.

Shadow of the Tomb Raider is available now on PC, Xbox One, and PS4. As mentioned, The Serpent’s Heart is available to download now.