Sea of Thieves Gunplay Has Been Balanced for Crossplay, According To Rare 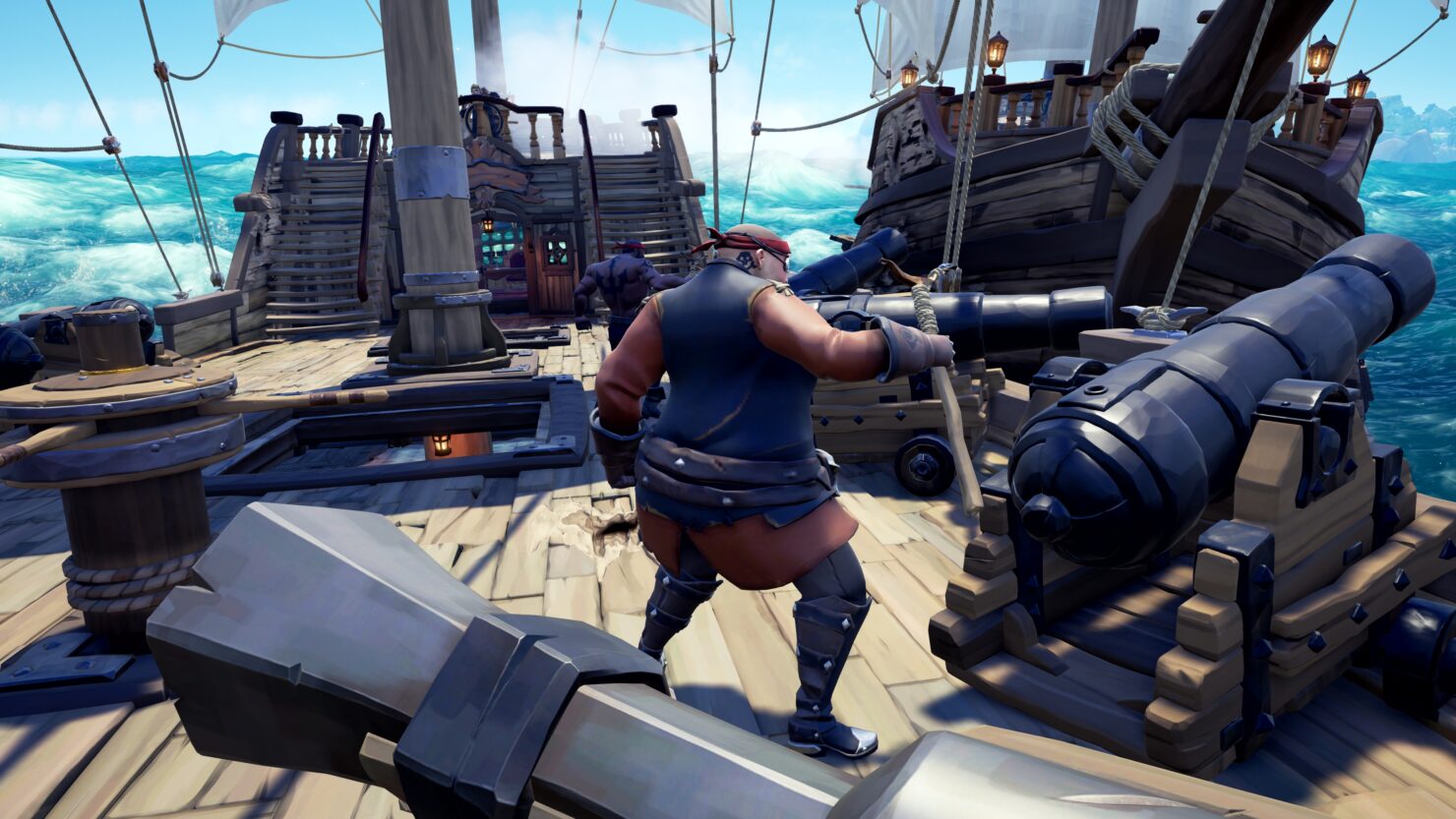 We reported recently that Rare confirmed crossplay between Windows 10 PC and Xbox One players in their upcoming shared-world pirate adventure game, Sea of Thieves.

Now, in an interview published in issue #156 (November 2017) of the Official Xbox Magazine UK, PC Design Lead Tim Timmins talked about balancing the game so that users playing with controllers and keyboard/mouse could enjoy a level playing field.

PvP between platforms, or more importantly device input, is the big focus point for us as a Design team, and already we've been working closely with the Game Experience team to change the way guns work to be better balanced for crossplay. We've put in a bunch of telemetry around this, and with the change to guns it's made them feel tonally so much more fitting, as previously they felt more like laser weapons than ancient plundered-and-pillaged gunpowder-driven blunderbusses.

Timmins also expanded on the side benefits of adding crossplay to a game like Sea of Thieves, which thrives on emergent gameplay and player-made stories.

An interesting part of crossplay is how wide it throws open the doors for different communities to engage and play together, and therefore increases the wealth of stories you're likely to tell. Some of our Deckhands had until recently never been able to play Sea of Thieves together as they game on different devices, but now they're able to share an experience without the barrier that previously blocked them.

This will be particularly important, with Rare intent on pushing Sea of Thieves as the funniest and most accessible multiplayer game of all time.

The game is still in Alpha and there's no official date on Beta yet, though we're hoping Sea of Thieves will reach that milestone before the end of the year, which would bode well for the scheduled Q1 2018 launch window.