With Samsung already working on its flagship phablet, Galaxy Note 5, which has been placed under ‘Project Noble’, it was reported that the company would be working another Galaxy S6 variant, which would be placed under ‘Project Zen’. Now, thanks to Samsung’s Plus Program webpage, it has now been confirmed that the company will be rolling out its Galaxy S6 Active. The Plus Program was initially created in order to provide unparalleled support for Samsung’s smartphones and tablets, along with additional services and benefits. It was on this very webpage that the South Korean phone giant made the revelation that a Galaxy S6 Active would be rolled out after the company’s Galaxy S6 duo. 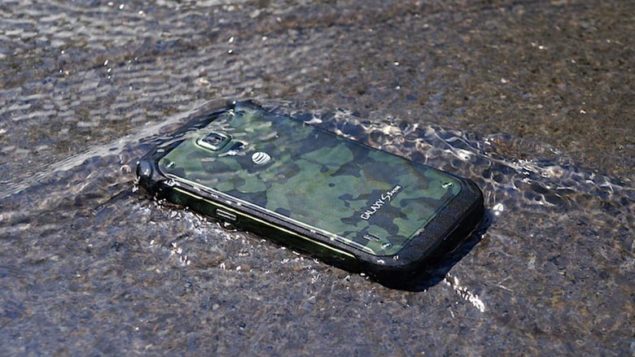 According to SamMobile, Samsung had slated for an April 10, 2015 release date of Galaxy S6 Active, which has long passed at this point. It could very well be that the company’s initial intention was to roll out the smartphone at the aforementioned date, but possibly extended that date after witnessing the amount of revenue that its Galaxy S6 duo were able to garner.

Perhaps the biggest change that Samsung was able to bring forth in its upcoming Galaxy S6 Active was the incorporation of a MicroSD slot, which is a feature void on Galaxy S6 and Galaxy S6 Edge. After all, if you are paying an exorbitant amount of money acquiring one of the hottest smartphones of 2015, then it should be fitting that a storage expansion slot should be provided. While some might argue that on-board flash memory is far faster compared to the storage present in MicroSD cards (with Xiaomi’s VP Hugo Barra justifying why the company does not follow the approach as well), it is the convenience factor that comes in to play.

Galaxy S6 Active will be featuring more or less the same hardware specifications as the Galaxy S6 duo, with minor upgrades. One of them will be a 3,500 mAh battery, which will provide more backup time compared to the 2,600 mAh battery present in Galaxy S6 Edge and the 2,550 mAh one present in Galaxy S6. The device will also be featuring a rugged design as opposed to the embellished one present in the Galaxy S6 duo. It has not been confirmed whether or not the new design will provide additional protection to the internals of Galaxy S6 Active, but it will be a plus point for future consumers.

Galaxy S6 Active has only been confirmed for the AT&T network in the US at this current point.