The Consumer Electronics Show has long been the first important (and possibly the biggest) trade show of the year, showcasing several new gadgets and ambitious technologies. With CES 2016 only a few weeks away, Samsung and Sony have already started sending out invites for their press conferences. 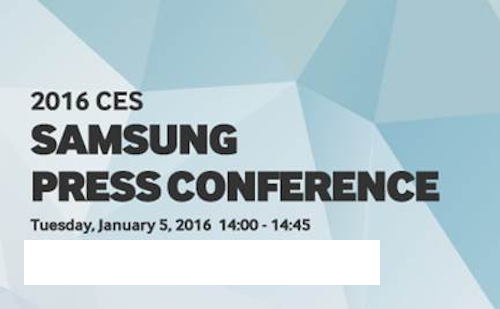 Samsung and Sony start sending out invites for CES 2016 - what to expect?

Samsung has just started to send out invites to the press for its event on Tuesday, January 5, 2016 at 14:00 PST. While there is no news or rumors as to what will Samsung talk about at this event, be certain that Samsung Galaxy S7 is definitely not making a show at the CES. The Korean tech giant usually releases quite a few consumer electronic products at these shows, but S7 is highly unlikely to be one of those. Samsung did show off Samsung Galaxy S6 and S6 Edge "behind the doors" at the event last year, giving high hopes to consumers this year too. However, so far it seems too early for a new Galaxy flagship to be announced and that too in a tiny 45-minutes long press event.

Some have reported that we might see the Samsung Galaxy A9 at the event as it was missed at last week's announcement of Samsung Galaxy A3, A5 and A7. Add in some upgraded tablets from Tab Pro and Note Pro lineups and Samsung's scheduled 45-minute long press event is already over.

CES 2016 will be the first major trade show after the IFA 2015 that happened in September. Held every year in Las Vegas, CES always attracts phone makers and technology giants to showcase some of their latest products and gadgets. With the recent years focusing more on virtual reality, we are expecting to see some upgraded version of Galaxy Gear VR at the next year's CES. The conference organizers have already revealed that the Gaming & Virtual Reality Marketplace will be massively expanded for the upcoming event. 77% bigger than the 2015, we can definitely hope to see something from Samsung in this field too. Of course, it will be clouded by the likes of Oculus and Sphero but it's still interesting to see VR getting "real." 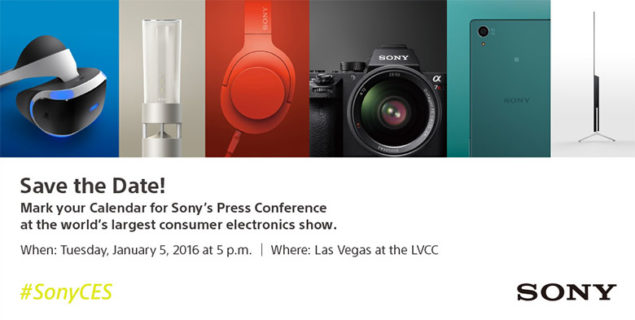 Sony also started sending out invites last week and has been more open about the products it's going to show at CES 2016. The invite shows off a new phone (Xperia Z6?), VR headset, CyberShot camera, and a super thin TV. Rumors reported that Sony is working on a pressure-sensitive display for Xperia Z6 similar to the latest iPhone 6s lineup.

We will have to wait just a few more weeks to see exactly what these tech makers are bringing to our world this year. Don't forget to share what you are most excited about this CES 2016?