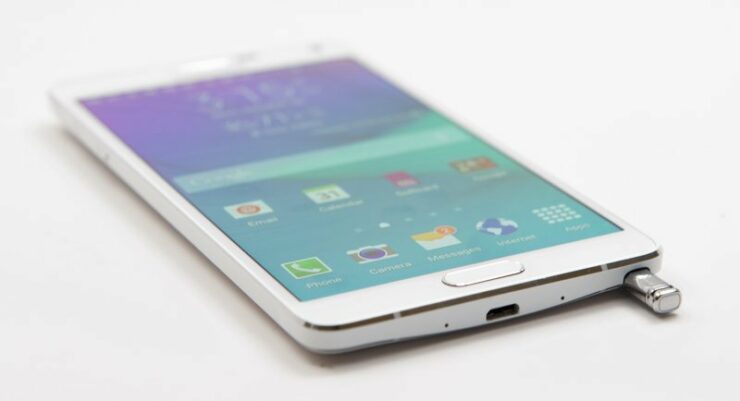 As things heat up in the rumor mill, we've started to hear quite a bit about this year's upcoming flagship launches. The iPhone 7, iPhone 7 Plus and the Galaxy Note 6 have been a regular feature of news for the majority of this year, and today we've got some more information from the Eastern end. Aside from the Note 6, Samsung's got a lot of flagships for 2017, when 10nm is finally expected to hit the shelves too.

As things advance significantly in the processor and camera department for a mobile gadget, display is one category that still manages to keep an important place. When it comes to hardcore resolutions and build materials, Samsung's been quite ahead of other manufacturers out there, particularly Apple, with Cupertino having faced strong criticism for refusing to upgrade the iPhone's display purely out of stubbornness.

However, we did see the company's display prowess on the 9.7 inch iPad Pro launched earlier this year, so safe to say Apple seems to have things under control. Samsung also seems to have some interesting plans for its devices, particularly in terms of display, though according to today's information, major upgrades from that end should be expected in 2017; when Samsung will be launching four flagship devices.

With 2017 expected to the be the year when we'll be getting to see some major upgrades from all quarters, looks like Samsung's got quite a bit of changes planned. The Korean tech giant was quick to announce its upgrades in the hardware side of things, with Samsung not only having upgraded its current 14nm chips but also having made significant progress towards 10nm. Now, sources from China claim that next year we'll be getting four Galaxy flagships from Samsung, with all devices switching to RGB and 2.5K resolutions.

Higher resolutions are often criticized for putting unnecessary drain on a device's battery, so if Samsung really is looking to upgrade resolutions then we'd expect corresponding battery upgrades on all the Galaxy flagships next year as well. The switch to RGB should also add some more colors into the mix, so safe to say, Samsung's going strong in the display department as well, according to today's information.