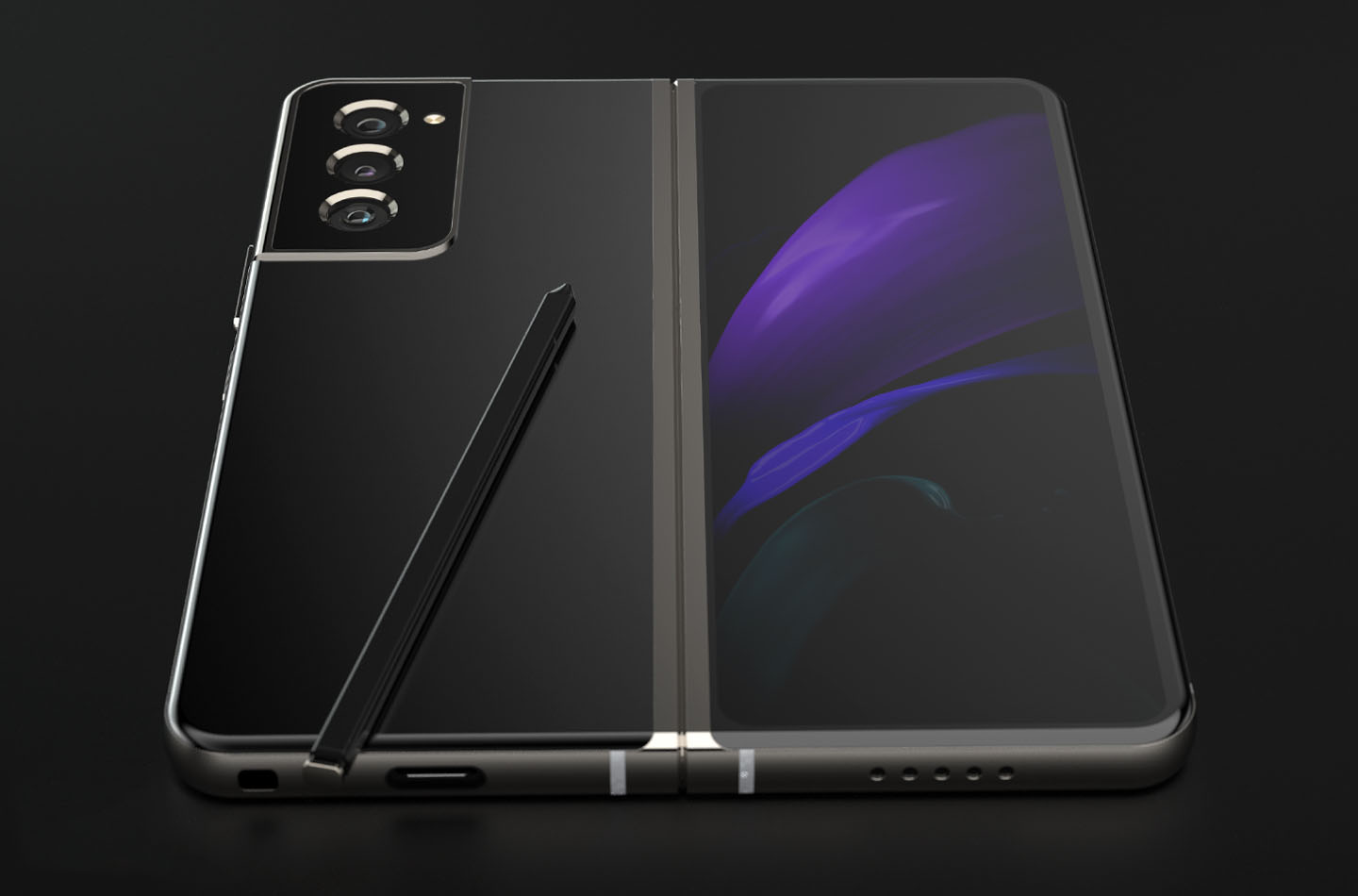 The Galaxy Z Fold 3 is expected to be Samsung’s first foldable to be compatible with the S-Pen, bringing in a new wave of possibilities when it comes to interacting with your smartphone. Samsung is likely to make other changes to its upcoming flagship, and this concept could provide a little sneak peek of what to expect in the coming months.

The Galaxy Z Fold 3 is expected to sport a smaller display as there needs to be space made to accommodate the S-Pen. Fortunately, this decrease won’t hamper your viewing experience when you fold the flagship, as the primary display will only shrink from 7.59 inches on the Galaxy Z Fold 2 to 7.55 inches on the upcoming Galaxy Z Fold 3. That’s a negligible difference, but what we’re looking forward to is that in-display camera.

LetsGoDigital and ConceptCreator have delivered a beautiful concept in both stills and video, showing what to expect in terms of design. It looks nearly identical to the Galaxy Z Fold 2, but with a cleaner look. For one thing, we can’t see any camera on the cover display, suggesting that Samsung could use an in-screen configuration on this location. In one of the images, you can also see an opening to holster the S-Pen when the stylus isn’t in use.

We’ll have to see how much of this space allocation forces Samsung to cut down on the battery capacity. We also expect the company to make some hinge adjustments, making it more robust than before. We understand that the Galaxy Z Fold 2 was a major step-up compared to the nightmare that was the original Galaxy Fold, so in short, expect great things from the Galaxy Z Fold 3.

Samsung will likely keep the Galaxy Z Fold 3 launch separate from its ‘Everyday Epic’ event, where the Galaxy S21 family will be officially unveiled, so it could arrive in spring. Whatever details are provided, along with the changes compared to the predecessor, we’ll be sure to let you know, so stay tuned. There’s also a concept video of the upcoming foldable flagship below that you can check out right now or when you’re free.