When it comes to the Samsung Galaxy S7, there's little that we haven't seen surface about the upcoming device so far. From performance benchmarks, to specifications leaks, to renders and image leaks, nearly every detail about the flagship can be speculated on with some accuracy. Given the amount of leaks and rumors so far, the Samsung Galaxy S7 and the Galaxy S7 Edge are undoubtedly the most anticipated smartphones of 2016 right now and today, some screenshots of the Galaxy S7 have also surfaced. 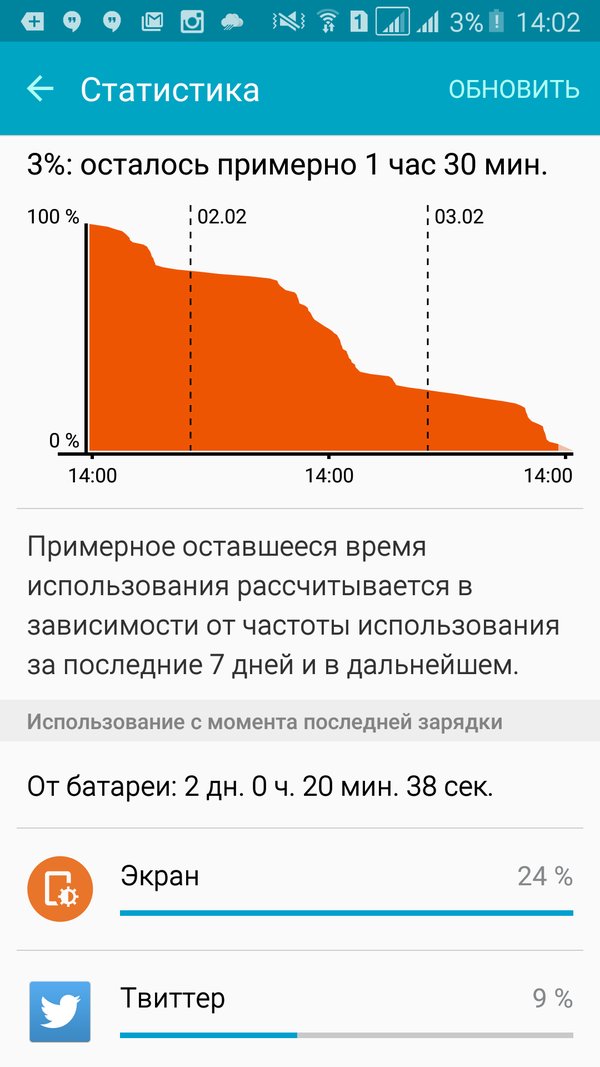 Taking a look at the image above and the information provided by its source, we get to learn quite a bit about the power consumption details of the upcoming Samsung Galaxy S7. The Galaxy S7 in the image above is running with dual SIM cards, 75% brightness and always on LTE.

This leads to a battery life of 2 days which sounds quite impressive if you ask us. The results have been achieved by keeping in mind the average usage of the device.  We also get to take a look at the amount of impact smartphone screens have on device battery usage, as the screen alone accounts for 24% of overall battery consumption.

Previously, we've seen claims that the Samsung Galaxy S7 will be able to run 17 hours of video playback, something which sounds quite impressive indeed, given the performance intensive hardware specifications expected from the device. Additionally, if only the Galaxy S7's screen is left running, at 75% brightness, then this battery life increases even more, as evidenced by the screenshot below. 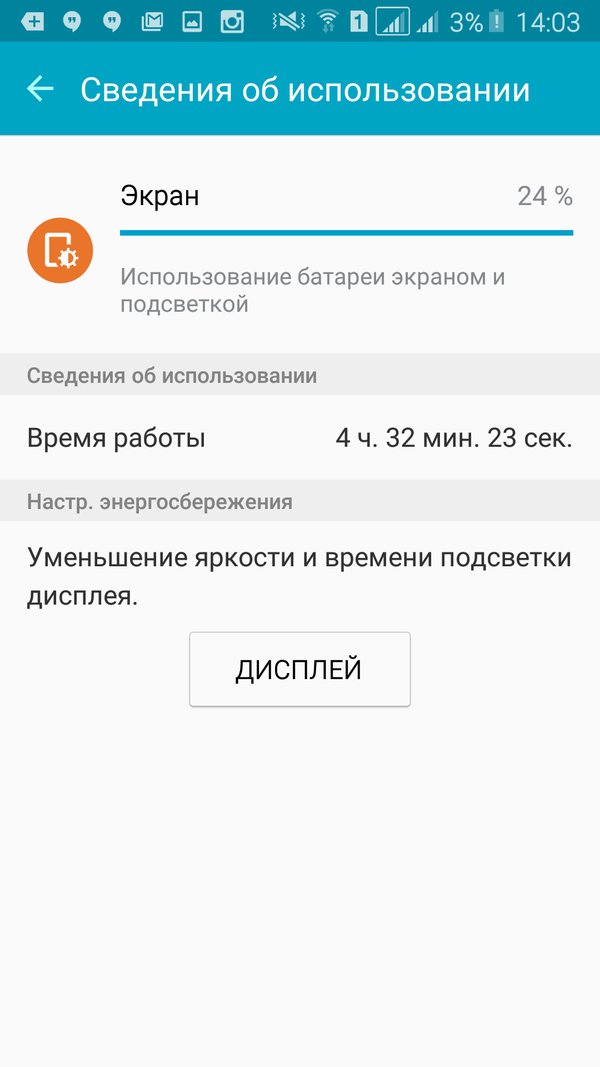 Given the above information and charging times we'd be quite interested to see what changes the Samsung Galaxy S7 brings along w.r.t  power consumption. Battery life and performance on the upcoming flagship has been receiving some rather special attention, so Samsung might have a couple of new tricks up its sleeve this time around.

After all, regardless of how advanced smartphones become, battery specifications have always been a thorn in the side of many manufacturers and users alike. Furthermore, given the increasing advances in mobile hardware, we haven't gotten to see subsequent evolution in batteries and power packs, leaving many devices quite short of appropriate power supply.

Whether Samsung will manage to change things in this regard or not will be clear in just a couple of weeks. So stay tuned and let us know what you think in the comments section below. We'll keep you updated as this develops.