Yesterday at Mobile World Congress in Barcelona, Samsung brought its “Galaxy Unpacked 2016” event to a close after taking the wraps off the long-awaited Samsung Galaxy S7 and its curvy big brother, the Galaxy S7 Edge; two latest additions to its lineup of Android-powered flagship Galaxy smartphones. Among several other high-profile and pragmatic features that encourage you to open up your wallet, the new mobile devices boast advanced gaming and graphics performance for both your gaming and virtual reality needs, and sport some impressive gaming-specific features that, Samsung says, are aimed to deliver “desktop PC” gaming experience. 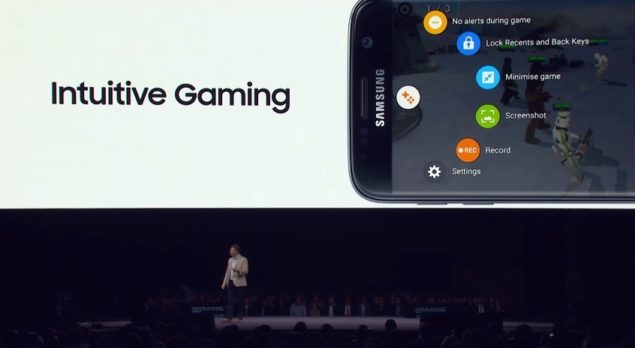 Making gaming experience on mobile devices feel as good as desktop gaming experience as possible is apparently is one of the goals that Samsung has set, but there is a difference between making statements about how mobile gaming is being taken seriously and actually implementing important and purposeful features that truly make a difference to user. The good news is that with the Galaxy S7 pair, Samsung is really pushing things forward in terms of offering a better gaming environment to players on mobile devices by integrating broad hardware and software tools that give more space and freedom to both gamers and developers.

We know that processor is one of the main pieces of hardware that video games and other graphically intense programs rely on the most. The new processors, paired with 4GB of RAM, in the Galaxy S7 duo are 30% more powerful and capable of offering high-end performance, but of course a new processor is not that big of a news. What is truly interesting is Samsung setting up a water cooling system - something that you would find in a robust desktop gaming system - to keep things cool. Actually, what Samsung is using is called a heat pipe, and while it does involve a tiny bit of liquid, it is of course not anything much like a full-scale desktop PC water cooling system. 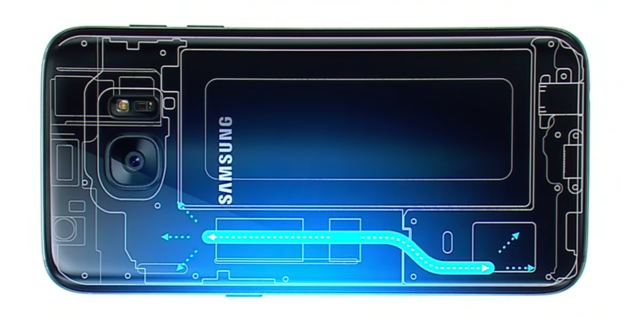 The Samsung Galaxy S7 phones’ water cooling technology is reportedly based on a very thin “thermal spreader” sealed inside the phones that uses water evaporation and condensation to avoid the phones from overheating and cool them down more effectively. This allows the CPU and GPU to work more efficiently and deliver enhanced performance. “Obviously the scale is miniature compared to desktop water cooling, but the sealed copper cooling system will still do its best to shift excess heat away from the S7's processor when games push things to the phone's thermal limits,” reports CNET.

The Samsung Galaxy S7 and S7 Edge come with support for the new Vulkan API for gaming that has been introduced to the platform officially with Android 6.0 Marshmallow. The Vulkan API is an open source low-overhead, cross platform 3D graphics and compute application programming interface that is actually built upon the components of AMD’s Mantle API, it is basically a framework aimed at multi-threading. It allows game developers to access and task all the individual cores of modern multicore processors that smartphones such as the S7 pair itself pack. 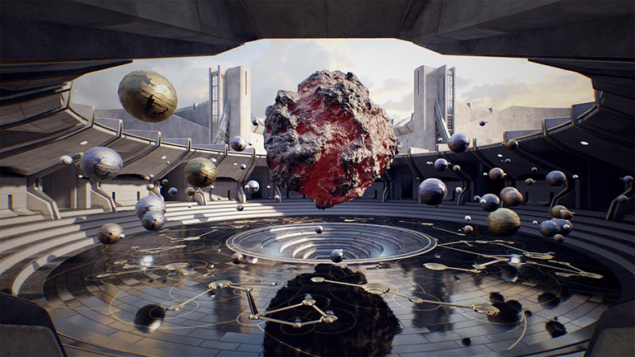 Tim Sweeny, founder and CEO of Epic Games, took the stage to reveal ProtoStar, a real-time 3D experience powered by both Vulkan API and Unreal Engine 4 that is designed to push mobile gaming towards offering high-end console-like graphics. The tech demo was, of course, presented on the Galaxy S7. “The new industry-standard Vulkan API brings key elements of high-end console graphics technology to mobile devices, and Samsung is leading the way with the amazing new Galaxy S7,” said Sweeney. “As the first engine supporting Vulkan, Unreal Engine 4 provides a solid foundation for developers joining in the mobile graphics revolution.”

Epic Games also provided a list of the effects used in ProtoStar. You can check out all the details and videos showing the tech demo here.

Tweak Graphics, Snap, Share and Do More with Game Launcher

Changes made under the hood may not be noticeable to many, but no mobile gamer will want to miss out on the new Game Launcher and gaming-specific software tools that the Samsung Galaxy S7 and S7 Edge have to offer. You can now chose to stay uninterrupted while playing games with a new “No Alerts” mode that stops all notifications from popping up as well as lock Recent and Back keys so that you don’t cut yourself out by accidentally pressing them during gameplay.

Additionally, Samsung is allowing players to easily create “Let’s Play” videos on mobile. In addition to being able to record the on-screen gameplay via game recorder, the Galaxy S7 allows players to use the front-facing camera to add voice to their gameplay videos with a picture-in-picture mode.

With the Galaxy S7 and S7 Edge, Samsung is also bringing PC-like graphics performance tweaking to mobile. Players can choose between more immersive and smooth gameplay or better battery life by switching between three performance settings that the technology giant has to offer. According to CNET, “the standard setting will run games at maximum resolution and at 60 frames per second. The ‘low power’ setting reduces frame rate to 30 frames and dials down the resolution somewhat, while ‘extreme low power’ sticks with 30 frames but drops the resolution again.”

As mentioned before, all these features are part of game-specific tools by Samsung and can be launched from a new “Game Tools” icon that will rest at the edge of your new smartphone’s screen. Samsung is also pushing forward into the virtual reality world with its new flagship phones, which if pre-orderd come with a free Samsung Gear VR headset and a bundle of six games. The tech giant will also provide users with a Games Pack that offers $200 worth of free in-game currency for in-app purchases.

Samsung Galaxy S7 and S7 Edge are set to hit the shelves on March 11. You can check out our detailed breakdown of the new phones against Apple’s latest iPhone 6s and iPhone 6s Plus for more details. Keep checking our Mobile section for more details on these latest flagship smartphones.

Tekken on Smartphones Preview – Mobile eSports or Tekken All Your Money?