Apple wrapped up its “Hey Siri” event yesterday after delivering on its promise of making some very exciting announcements. The company took the wraps off the long-rumored iPad Pro as well as its latest flagship phones; the all new iPhone 6s and its bigger brother, iPhone 6s Plus, both of which come with a number of impressive improvements over their predecessors. The new iPhones are powered by Apple's latest A9 SoC, whereas the laptop-like iPad houses an A9X chipset, both of which come packed with “console-class” GPU that is seemingly ready to take your mobile gaming experience to a new level. 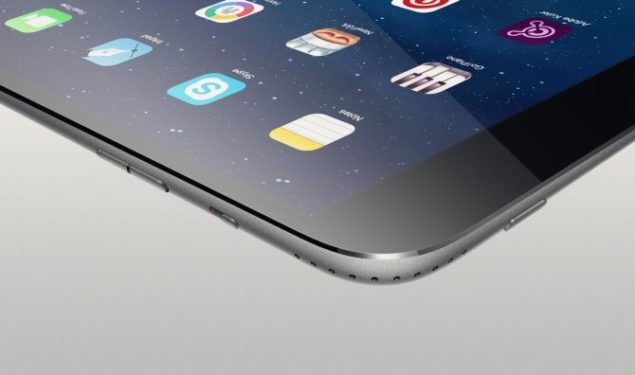 While the extra-large iPad Pro is completely a new addition to the iPad family, the next generation smartphones from Apple are very similar to the last-generation iPhone 6 in design, howbeit, the internal components that make the new iPhone 6s and iPhone 6s Plus tick have been effectively overhauled with new processor, 3D touch, gilt-edged primary and secondary cameras and more. Both variants sport Apple’s latest A9 chipset, which according to the company, along with iPad Pro’s A9X SoC, is faster and delivers much better CPU and GPU performance compared to its predecessor and other mobile devices.

Apple spoke about the iPad Pro and iPhone 6s at length at the reveal event, demonstrating the newly introduced features. The A9X chipset that powers the new iPad illuminates all the 5.6 million pixels packed into a 12.9-inch display. The third-generation 64-bit chip from Apple is up to 1.8x faster than the A8X chip that is in the iPad Air 2, and the company claims it beats 80 percent of portable PCs that shipped in the last 12 months. The GPU has received an even bigger boost with 2x increase in graphics performance. In graphics tasks, it is faster than 90 percent of the mobile PCs shipped in the past year, said Apple’s Phil Schiller. Apple claims the A9X features a “console-class” GPU. 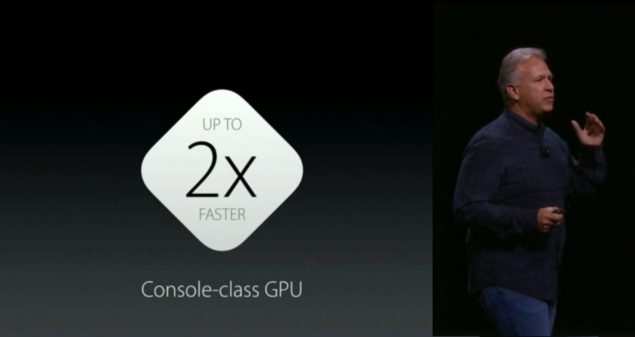 Of course, the A9X isn’t the only fresh entrée here. The A9 SoC that drives the iPhone 6s and iPhone 6s Plus is similarly bettered, with Apple claiming that it shows up to 70 percent increase in overall performance over its predecessor, and is 90 percent faster GPU-wise. Apple referred to A9 GPU as “console-class” as well. The company demonstrated new games running on the latest device to show how the GPU handles tasks, and while they were not “console class,” they looked impressive to be running on a smartphone.

The iPad Pro featuring a chipset that is faster than the 80 percent of portable PCs apparently means that it out performs Intel’s built-in graphics and NVIDIA Tegra SoCs that shipped in portable devices. That is quite a bold claim that tech enthusiasts will want to verify for themselves. We are yet to see how console-class games will take advantage of the “console-class” GPU that powers the iPad Pro and the new iPhones. iPhone 6 Plus, when announced, was said to "play games in higher resolution than the current-gen consoles." Yet presently, there's nothing much exceptional about the phone's gaming performance. If rumors regarding the iPad Pro featuring 4GB of RAM are true, it will be interesting to see how the newly announced slate will handle gaming with all that hardware power.

What do you think about Apple's claims regarding the CPU and GPU performance of iPhone 6s' A9 and iPad Pro's A9X chipsets? Let us know in the comments section below.