Tekken on Smartphones Preview – Mobile eSports or Tekken All Your Money? 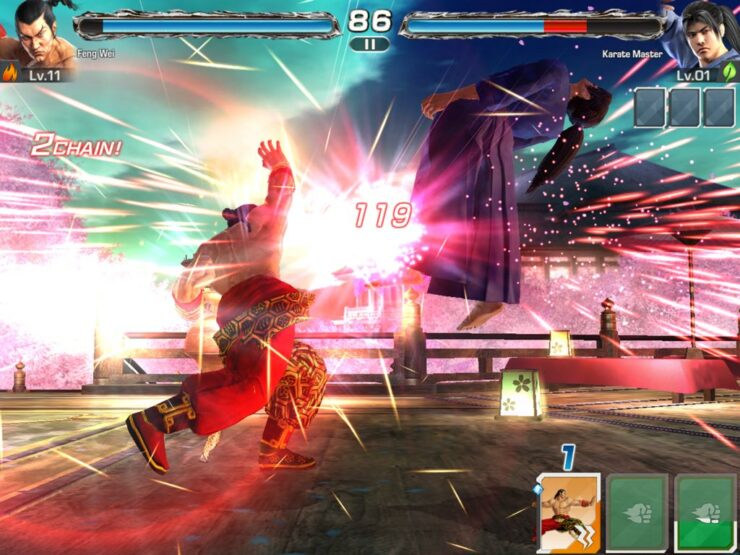 The proposal of Tekken on your phone isn’t a bad one at all - after all, Street Fighter IV recently found a home on mobile devices with Championship Edition, so why can’t Tekken do it too? The options are endless - a port of an older Tekken, a somewhat stripped-down mobile exclusive, perhaps even a Tekken 7 companion of some kind. Well, Tekken on mobile isn’t really any of that.

What we have here is Tekken given the kind of freemium treatment many other beloved IPs have suffered from - though, that’s not to say you should write it off entirely. If you want something to while away a few minutes on during breaks or while waiting for something, then Tekken isn’t actually a bad place to go. Although the game wants you to spend money you can play for hours without ever having to, and underneath that, there’s an addictive collection element that’ll keep you coming back.

South of the Circle – Proof that Mobile Games can Still have Passion? 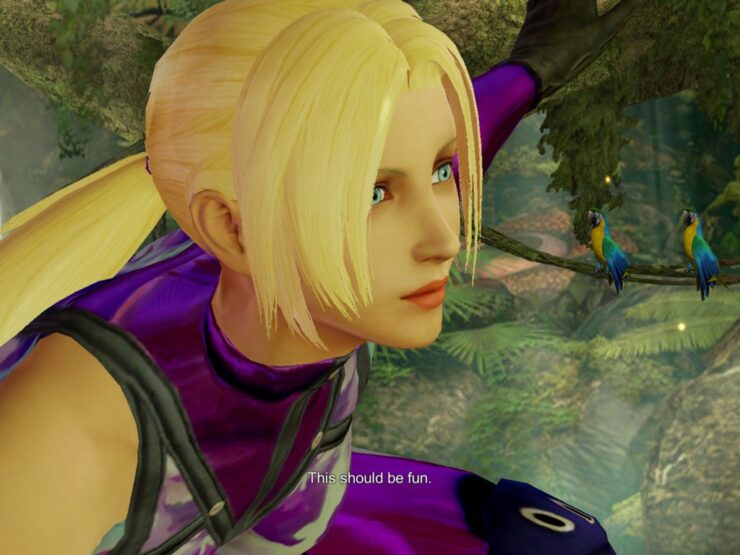 But of course, if there’s any meat to Tekken’s bones it's in the combat, which, while serviceable, is certainly not Tekken as you know it. For one, Tekken’s signature 3D playing field is gone and replaced with a 2D side-on perspective, much more like Street Fighter. This simplifies things for the touch screen controls - on the left side of the screen, slide forward or back to move, and hold to block, while on the right side of the screen you can tap to perform a basic combo, hold for a “Hard” attack or tap Waza cards to use specific moves.

If it doesn’t sound like Tekken, that’s because it really doesn’t play like it. The four-button system is gone, as is the 3D plane, making this play like anything but a conventional Tekken game - a fact only reinforced by the game’s modes. The simple Story mode revolving around Kazuya and Nina isn’t too tough to complete, and only warrants revisiting to earn rewards for completely alternate paths and higher difficulties. Not bad, but certainly not essential. Live Events are playable too, where you can complete specific challenges to earn bonuses, and then there’s the Dojo mode, where you can attack enemy Dojos or select fighters to defend your own and earn rewards. 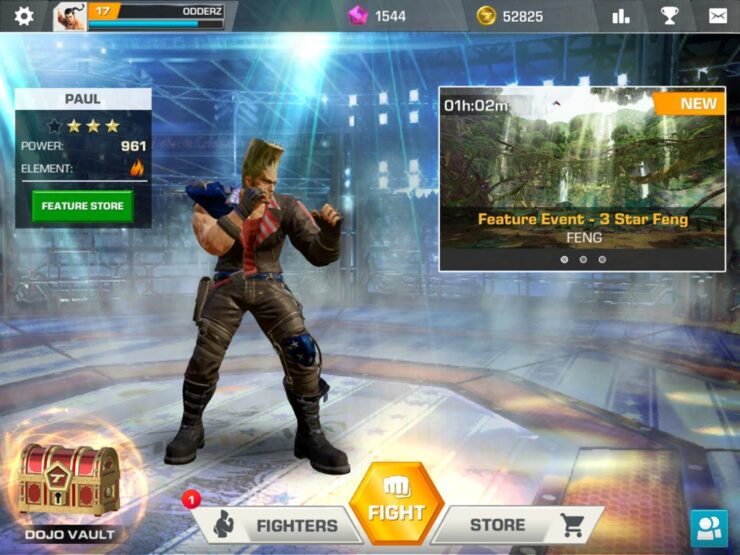 What will prevent you from playing Tekken for long periods of time are the freemium mechanics, of course - your fighter’s health doesn’t restore after each fight, and won’t restore over time if you’re in the middle of an event or story chapter. To heal up you’ll need to use health kits, which the game is fairly generous with, although refilling them will require Gems, a premium currency. KOs are handled similarly, with your fighters either healing themselves over time or requiring you to invest in Revives.

Early game things can be frustrating - with only three characters, you’ll often find yourself having a man down, but after a few hours of play you’ll be earning enough coins to buy a few Premium Packs, and with those comes fighters or fighter fragments - Fighters are just as they sound, and duplicates will be turned into Waza cards. You’ll need 10 Fighter Fragments to build a fighter, or if you’ve already got the fighter the fragments correspond to, they can also be turned into Waza cards. 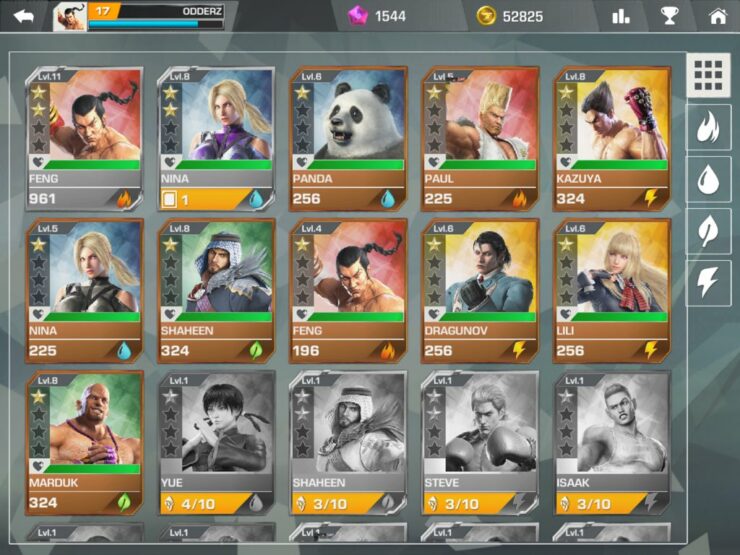 Waza cards are the only real way you can customise your fighting style in Tekken. You can equip nine cards to a character, and they take the form of Launchers, Power Crushes, Guard Breaks and Counters. Launchers will allow you to execute an air combo, a Power Crush will eat through almost any other attack, Guard Breaks are self-explanatory, and Counters will allow you to get a full tap combo in before they get their guard back up. It’s not the best method of fighting, but stringing these together (and Rage Arts, for 3-star characters) is the best way to really feel like you’re playing a proper Tekken game.

But if anything, the allure of Tekken on mobile is that how much you can play for really does depend on how good you get at the fighting. Health Packs and Revives are often a frustrating necessity, but if you play well you might never get KO’d. You might never even need a Health Pack - clearing a story chapter with one character and no health items is definitely possible, and you’ll still likely earn Health Packs at the end of it regardless. This small self-inflicted test of skill is where Tekken, for me, shines. 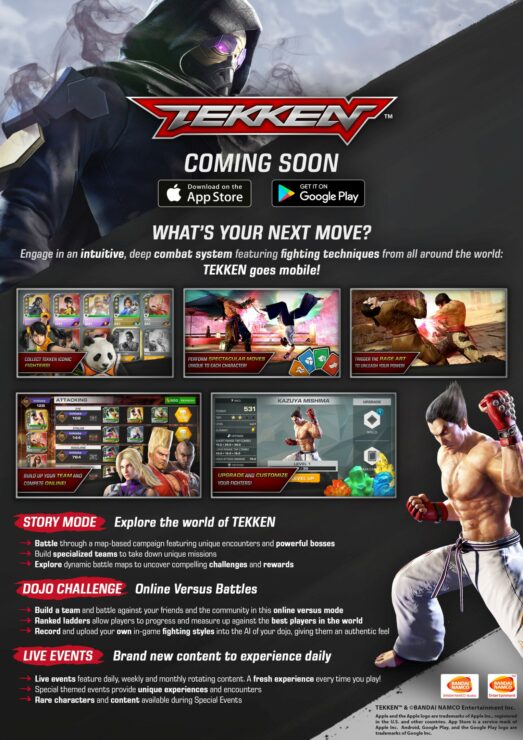 So yes. Tekken on mobile is definitely not the Tekken you want on mobile, but it’s actually not bad. Yes, it’s a typical freemium game and has those typical pitfalls, but it’s enjoyable while it lasts, regardless. Give it a try, you might find a decent amount of enjoyment here, but I doubt anyone will be playing Tekken on mobile for too long.

The game will be out soon, though for some reason it can already be downloaded on iTunes Canada.