With October almost coming to an end, we've got only a few months left until Samsung's flagship smartphones for the next year, the Galaxy S7 series is launched. Several bits and pieces of information about the devices have been popping up over the past couple of months and we've managed to uncover quite a bit of information about it. Today there's some more news about the devices' launch date so take a look at it below.

The majority of information that has surfaced related to Samsung's flagship plans so far has surrounded the Galaxy S7. There's been little word on an edge variant of the device coming next year, but today's information manages to add an interesting angle to the mix. After Samsung launched three Galaxy S flagship smartphones this year, with the Samsung Galaxy S6 and the Galaxy S6 Edge coming earlier than the S6 Edge Plus, the Korean manufacturer might change things around next year.

According to a source, the Korean manufacturer will be launching three Galaxy S flagship smartphones next year, with all three devices coming at the same time. We've heard rumors about three variants of the Galaxy S7 coming next year with each based on a different chipset and market and if today's information turns out to be true, then Samsung might have a little trouble keeping count of the different Galaxy S7 flagship smartphones out there. 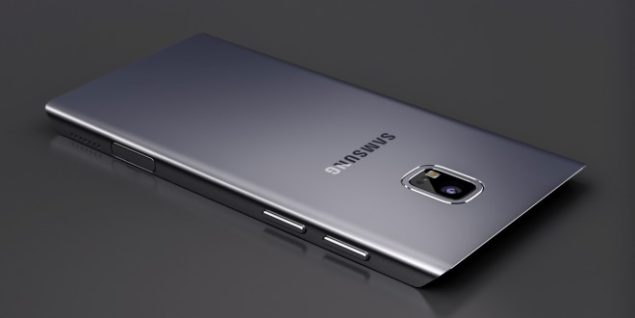 If today's information turns out to be correct then Samsung will be launching three new devices at the start of next year; the Samsung Galaxy S7, Galaxy S7 Edge and the Galaxy S7 Edge Plus. These, coupled with rumors of the Exynos 8890, the Exynos 7422 and the Snapdragon 820 coming on the Galaxy S7 make up for a total of nine Galaxy smartphones, making the lineup one of the most customized flagship smartphones out there. While such options work out well in other markets, such differentiation should undoubtedly cause confusion among a lot of users.

The Samsung Galaxy S7 is expected to come with a 20MP rear camera, Samsung's very own pressure based touch interface, an all new audio chip that is expected to further boost the device's multimedia capabilities and USB Type-C on board.  By the looks of things so far, Samsung's next flagship smartphone sounds quite an impressive offering indeed. We should learn more as time passes. Till then, stay tuned and let us know what you think in the comments section below.