Samsung has finally launched its much awaited smartphone, the Samsung Galaxy S4. The event took place at Radio City Music Hall in New York City. Without further ado, lets take a look at what Samsung Galaxy S4 has to offer. 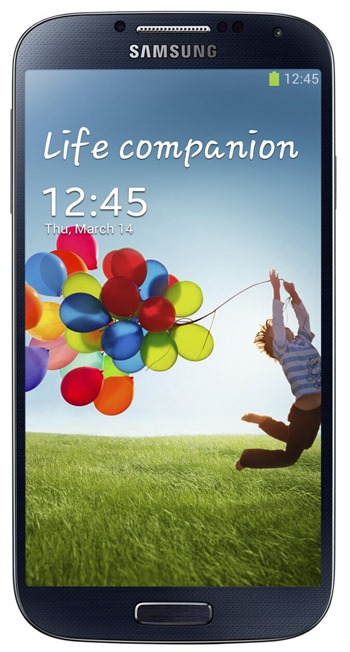 The design isn't a lot different than that of the Galaxy S3. The rumors suggested that Galaxy S4 would have a design that would bring together elements not only from the S3 but the Note 2 as well. It surely looks that way. Up front it bears resemblance to the S3, so much so that many people on Twitter said that Samsung had pulled an S3-S! Its fashioned out of polycarbonate like all its predecessors. Samsung says that the S4 "slimmer, lighter and more solid" than all of their previous devices. Measuring in at 136.6mm x 69.8mm x 7.9mm and weighing in at just 130gms, we have to agree with them. 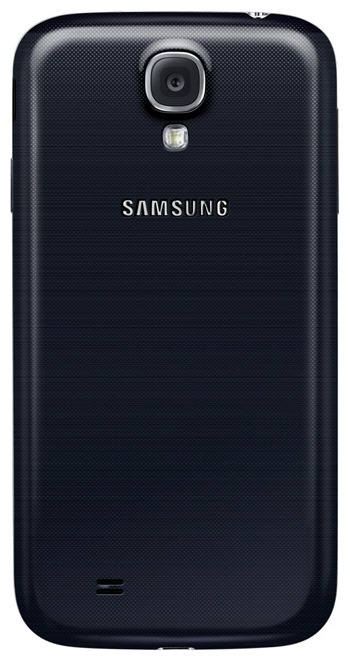 Here's the surprising bit, the rumors were almost spot on! The Galaxy S4 has a quadcore 1.6Ghz processor with 2GB of LP DDR3 RAM. There's a 13 megapixel camera on the back and a 2 megapixel one on the front. It comes in 16GB, 32GB and 64GB variants, there's also a microSD slot on board for memory expansion up to 64GB. 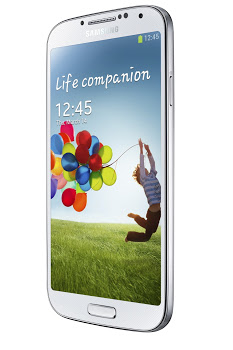 The display is a 4.99 inch Full HD Super AMOLED one with a resolution of 1920x1080 pixels at 441 pixels per inch. There are eight sensors on board, two new ones specifically for temperature and humidity. On the connectivity front it supports WiFi a/b/g/n/ac [HT80], GPS/GLONASS, NFC, Bluetooth 4.0 [BLE], IR LED for Remote Control and MHL 2.0. The power for all of this will be provided by a 2600 mAh battery. The Galaxy S4 will be available in 3G and 4G LTE compatible models from April.

Samsung Galaxy S4 is being released with the latest Android 4.2.2 Jelly Bean version on top of which they have slapped their homegrown TouchWiz user interface. The software and hardware offer a mix of interesting features.

S Translator is the user's very own personal translator. It has support for a decent number of languages and the best part is that it works on voice. It also works as an optical reader, allowing the user to translation written content through the app. As mentioned before, only a handful of language work with S Translator as of now.

Samsung Hub still remains the one stop shop for purchasing movies, music and games straight on the app itself.

Samsung WatchON makes use of the IR sensor on the device, allow the user to control television, DVD player and a host of other electronics straight from the device.

Air Gesture and Air View are two innovative features on the S4. Air Gestures allows users to effortlessly flick through photos or tracks without actually having to touch the display. Same goes for Air View, which shows the preview of a message or photo gallery by simply hovering the finger over it.

Adapt Display and Adapt Sound work together to match the display and sound to the user's surroundings so as to provide a better and stress free user experience.

Camera features include Drama Shot, Sound and Shot and Eraser. The Drama Shot feature can take 100 shots in 4 seconds, from which the user can choose their favorite. Sound and Shot allows the user to add five seconds of audio before a picture is taken, particularly useful for those occasions when recording a video isn't necessary just for setting the scene. Eraser literally does what it is supposed to. It can erase unwanted intentional photo bombers, or even unintentional people passing through the frame.

Smart Pause and Smart Scroll As the name suggest, Smart Pause pauses playing video whenever the user looks away from the screen. Playback resumes as the eyes become fixed on the display. Smart Scroll allows the user to scroll in a page by tilting the device up or down.

The pricing is yet to be revealed for Samsung Galaxy S4, but major U.S. carriers AT&T, Verizon, T-Mobile and Sprint have all confirmed that they will be carrying the S4 on their networks. International models will begin shipping in April, while in the US it is expected to make its debut in Q2, 2013.