Iris Scanning For Galaxy Note 7 Shows Up On Samsung Beta Firmware; Device To Come With Feature? 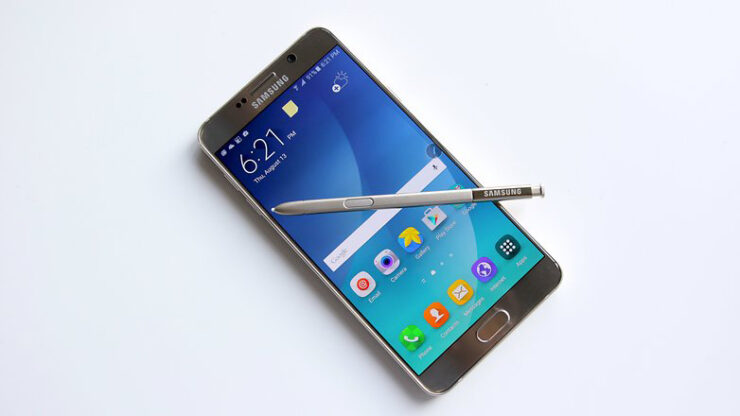 The Samsung Galaxy Note 7 has been a feature of countless rumors and leaks so far. Judging by these, we're expecting the device to come with a lot of new features that should greatly upgrade Samsung's flagship phablet lineup in a lot of key areas, except design. Some of the more interesting rumors surrounding the device are related to Iris recognition for the Note 7, and today, we've got more for you in that regard.

While there's been little information on the Note 7's launch schedule so far, we're expecting Samsung to debut the device on this year's IFA, to be held in Berlin. Specifications wise, the Galaxy Note 7 is expected to bring the regular host of upgrades on board, which range from processor, RAM, camera and battery to more interesting bio-metric recognition, which come with the potential to ensure that the phablet will stand out from the rest of the pack.

We've been hearing quite a bit about the Galaxy Note 7 and Iris scanning, with Samsung already having been granted patents in this regard. Now, as the device's launch date draws near, more information has started to surface on the matter, this time in the form of a screenshot from Samsung's Galaxy Beta program, which shows Iris scanning also enabled for the company's next top-tier device.

As you can see in the image above, the Settings menu for the beta Galaxy firmware reads 'Use Iris' for authentication, which does make the feature quite authentic when talking about the Note 7. To that effect, Samsung's already launched a similar tablet in India, so maybe the Korean tech giant feels comfortable to risk the feature on its highly popular, large screen device. In addition to the beta firmware screenshot, we've also managed to get our hands on an Indian export/import database (Zauba) listing, which pushes things even more in the Iris scanning direction.

However, it might not be the Galaxy Note 7 that comes with the feature and we might get to see another Samsung device, such as the company's Alpha line of phones with the feature, as the company looks to further test the feature on more devices first. Iris scanning after all would be a big leap for the mobile world in general, and should Samsung fail in implementing the feature successfully on a flagship device, then we're likely to see several quarters give the company quite a hard time indeed. Thoughts? Let us know what you think in the comments section below and stay tuned for the latest.