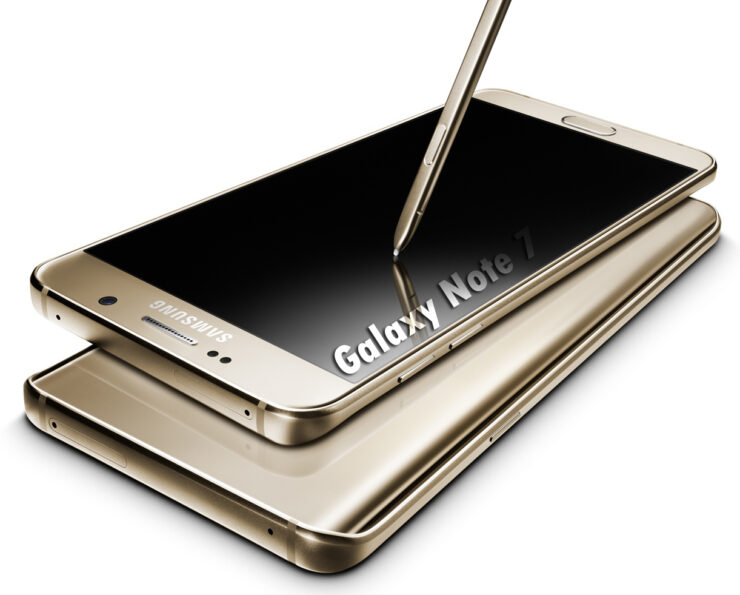 While the media's focus today is on Apple and its World Wide Developers Conference that concluded just hours back, looks like folks from the far East aren't eager to miss any chance in the news. Talking about Cupertino's main rival in the gadget sphere, Samsung, the Korean tech giant has been reported for quite a while to be working on the Galaxy Note 7, the latest iteration in its flagship phablet lineup. Samsung's Galaxy Note 7 is expected to come featuring several interesting upgrades which should give the device a nice power packed approach and today, we've finally might find out when it will finally be launched by the company.

Courtesy of the highly developed rumor mill, we now get to know detailed specifications of upcoming launches well before their respective launches. Samsung's been no stranger to this rule, with the company's Galaxy S7 and Galaxy S7 Edge also surfacing regularly in leaks months prior to their launch earlier this year. As we enter summer, its the Galaxy Note 7 and according to the countless leaks so far, we've managed to gather quite a bit for the device as well.

The most interesting feature that the Galaxy Note 7 will be coming with this year will be the Snapdragon 821, with Qualcomm's upgrade to the Snapdragon 820 and its Kryo cores expected to further build on the US manufacturing giant's successes earlier this year. In addition to this, the phablet will also most likely be coupled with 6GB of Samsung's recently launched 10nm DRAM modules, which when coupled with a 5.8 inch RGB AMOLED screen and a 16/12MP rear camera with Super OIS Plus make the device quite an offering indeed. 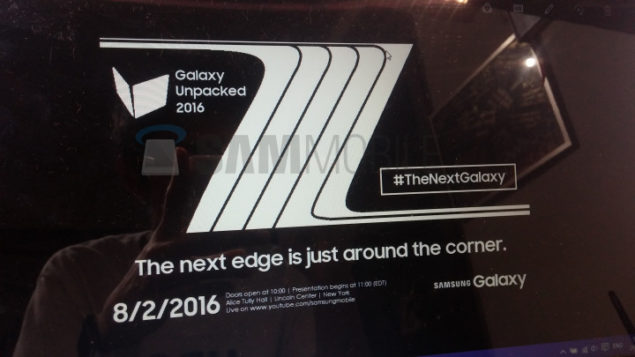 Now, folks over at Sammobile, who're generally very on point when it comes to all leaks related to Samsung have managed to get their hands on an image which allegedly shows the launch date of the Samsung Galaxy Note 7 Edge. The device will be coming with a dual edged screen this year, which will also measure greater in Radians, giving users more room to play around with it. As you can see in the image above, we should expect the Galaxy Note 7 to be unveiled by Samsung in less than two months, on the 2nd of August, in New York.

This will give the device some time to build market reputation before Apple's launch of the iPhone 7 Plus, which itself is expected to bring a host of productivity and multimedia related upgrades on board. The most striking of these are the presence of a smart connector and a dual camera on the device, which should undoubtedly enhance its performance by quite a bit as well. So looks like the Note 7 will be with us soon enough as well, even as there's no official confirmation from Samsung's end as of yet. Thoughts? Let us know what you think in the comments section below and stay tuned for the latest.