The overwhelming number of rumors and leaks circulating around the Samsung Galaxy S5 Zoom is finally over. The best news, almost all the leaked images and details hit the right spot! Samsung has just launched its Samsung Galaxy K Zoom camera phone at the Red Dot Design Museum in Singapore. Samsung Galaxy K Zoom specs include all the features of the latest flagship Samsung Galaxy S5, enhanced with a camera with 10x optical zoom and Optical Image Stabilization module. 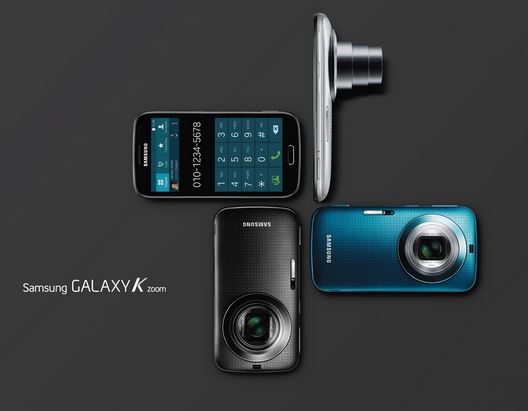 Samsung has stylishly designed its latest camera phone getting its inspiration from Samsung Galaxy S5. The camera phone sports the distinct perforated, shimmery finish of Galaxy S5 and packs all the goodies that the flagship so proudly carries.

Weighing at some 200 grams with a thickness of 0.8 inches (at its thickest point), Samsung Galaxy K Zoom definitely is still a bulky smartphone. However, its 20.7 megapixels camera unit with 10x optical zoom and an OIS module would get you the fun of a point-and-shoot camera in your very own smartphone. 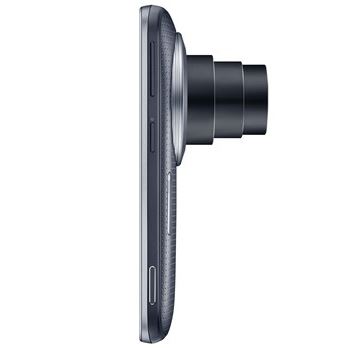 The OIS module would ensure that you get premium quality photos as it removes the shaky hands effect. The best thing is that camera modes and settings can all be configured manually helping the experienced photographers. There is however the Pro Suggest mode in the camera UI that will allow you to snap photos with optimal settings depending on the scene. Samsung Galaxy K also features a pretty helpful Selfie Alarm mode helping you to take crisp and high quality self-shots with the main camera. The camera will let you know when you are in the frame and ta fa!

Apart from the camera module too, Samsung Galaxy K Zoom specs are full and brimming; the smartphone features a 4.8 inch diagonal Super AMOLED display panel, has a powerful  Exynos 5 model featuring a 1.3 GHz quad-core Cortex-A7 and another 1.7 GHz dual-core Cortex-A15 CPU for intensive processing needs. Samsung Galaxy K will ship with the latest Android 4.4.2 KitKat with TouchWiz on top of it. 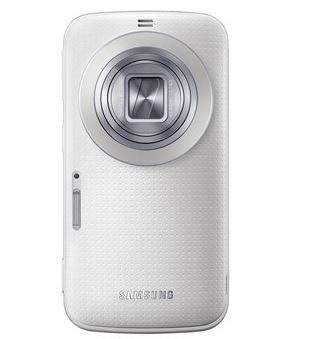 Samsung Galaxy K Zoom is scheduled to launch in May; are you enticed enough by this latest shimmery camera phone by Samsung to order it?