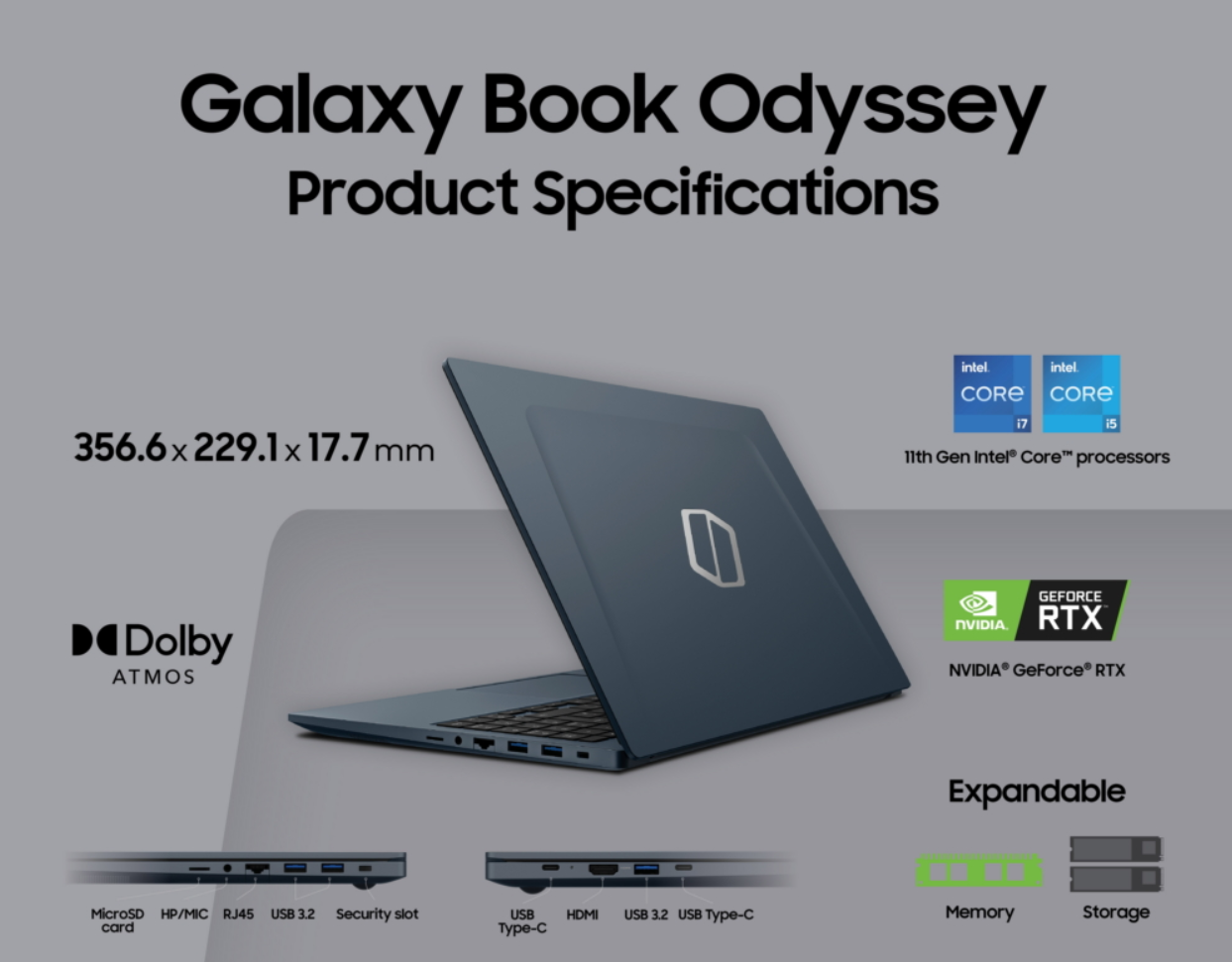 Both the specifications and design choices for the Samsung Galaxy Book Odyssey are interesting. First of all, we are looking at a 15.6" laptop which features a 1080p Full HD panel (TFT LCD). It rocks a mystic black color scheme with the Odyssey logo on the top shell in a silver color palette & looks great. 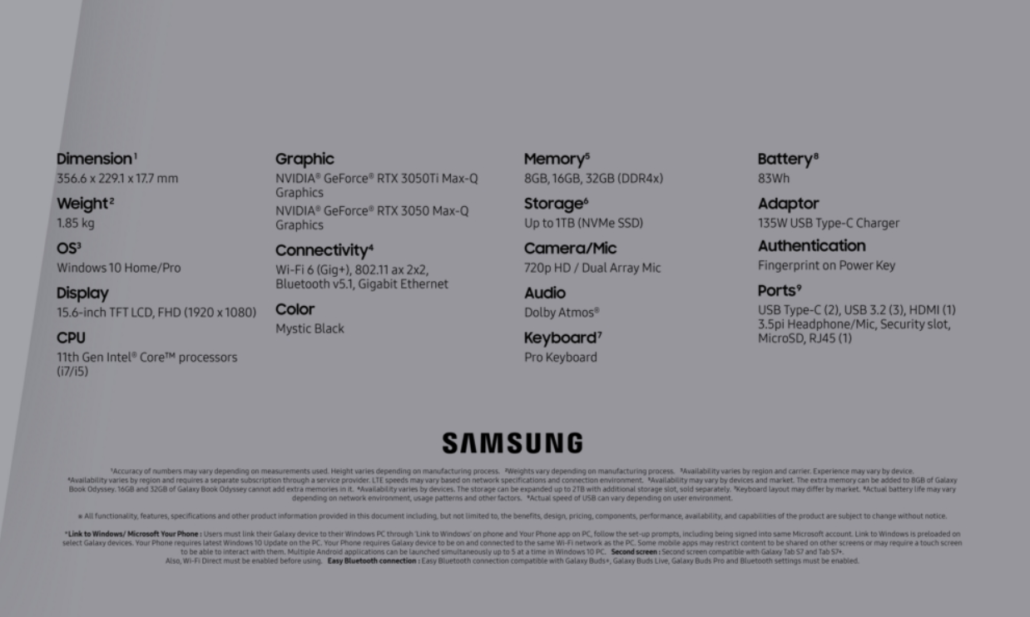 Other specifications include up to 32 GB of LPDDR4x memory, up to 1 TB NVMe storage which is expandable (1 extra M.2 slot). The I/O includes an HDMI, four USB 3.2 Gen 2 (Type-A + Type-C) ports, an RJ45 LAN port, an audio jack, a MicroSD card reader, and a security slot.

For battery, the Samsung Galaxy Book Odyssey is equipped with an 83Wh pack which is powered by a 135W USB Type-C charger. For connectivity, you get WiFi 6, 802.11 ax 2x2, and Bluetooth v5.1. Extras on the laptop include Dobly Atmos audio, a 720p HD camera, and a dual-array Mic. 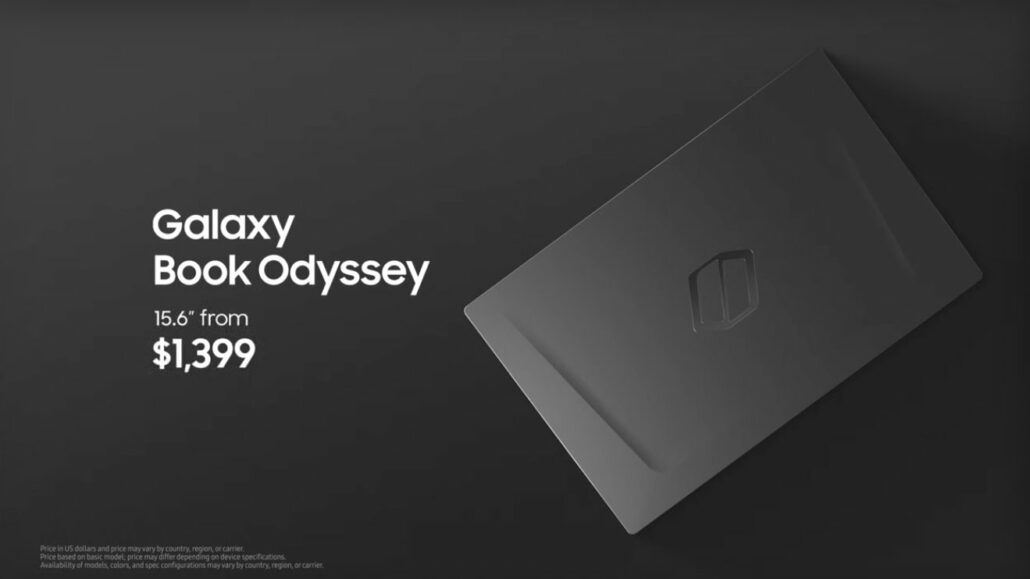 Samsung announced that it's Galaxy Book Odyssey laptop will hit retail for a starting price of $1399 US (for the 15.6" variant). Higher spec variants will cost a premium. The pre-orders start today and the launch is slated for August.