In a recent set of leaked benchmark tests, two unreleased Intel Alder Lake mobile processors show a huge performance increase versus the last generation offerings. The benchmarks show that the Core i7-12700H and i5-12500H, considered mainstream processors, are not only faster than AMD's Zen 3 offerings but also faster than 11th Gen flagship CPUs.

The leaked benchmark tests were located on Weibo and were spotted by Twitter user @9550pro. The user, 金猪升级包 on Weibo, appears to have gained access to the upcoming H-Series Intel processors. The Intel Core i7-12700H is the slowest SKU in the Alder Lake-P series, offering 14 cores and 20 threads. The base clock starts at 3.5 GHz and can be boosted as high as 4.7 GHz. Compared to the initial Core i9 chips, it is 300 MHz slower than the reported series.

The new i7-12700H is anticipated in laptop gaming systems, paired with the NVIDIA RTX 3060 and 3070 graphic processors. However, according to the Weibo user's benchmarks, compared to the AMD Ryzen 7 5800H series, it outperforms the chip by over 35 percent.

The benchmark test scores are from Cinebench R20 and R23 tests and the CPU-Z benchmark test. 金猪升级包 used the Intel Core i9-11980H, i5-12500H, i7-12700H, and the Ryzen 7 5800H in the tests. Readers will remember that the 12500H processor has 12 cores and 16 threads and appears to perform better than the unclocked i9-11980HK model, which was the flagship Intel 11th Gen Tiger lake family of processors. Also, one of the leaked images appears to have come from Intel themselves. If not, it is a very close facsimile. 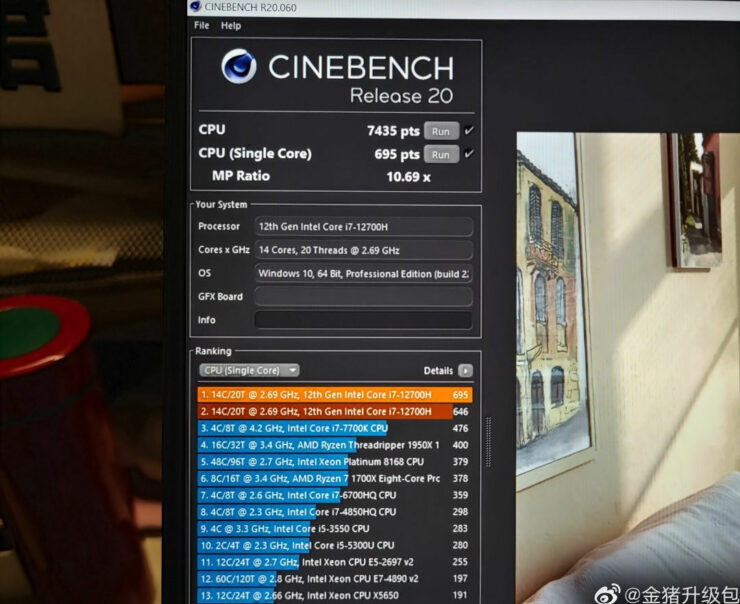 During testing, the Intel Core i7-12700H seems to be 24.78% more efficient in single-threaded benchmark tests and 34.62% faster in multi-threaded scans compared to AMD's Ryzen 7 5800H chip, which offers eight cores and 16 threads.

The most surprising development, outside of the benchmark test results, is that the newest Intel chips that have not seen release are still under embargo, with no one having access to releasing any information before departure. In fact, on Bilibili, a user released a video showing similar tests and including power scaling. 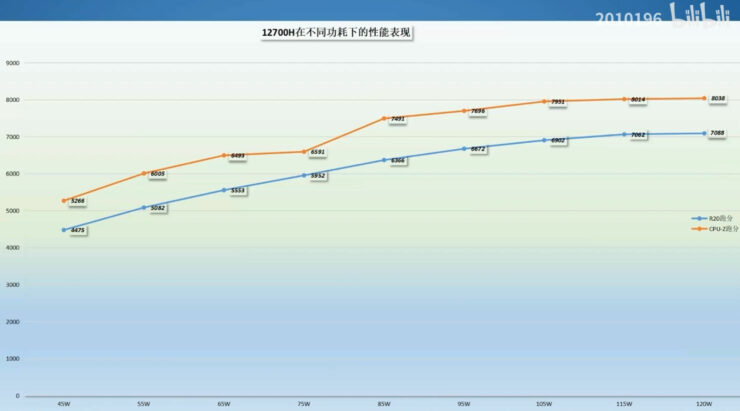 The newest Intel 12th Gen Core Alder Lake CPUs are set for launch next month and will be featured in several notebook designs for gamers, content creators and mainstream users.