Ryse: Son of Rome, a third-person action-adventure video game that was originally released as a launch title for Microsoft's latest Xbox One video game console last year, is coming to Windows PC next week, and while the game is boasted to be well optimized, it clearly won't support AMD's Mantle API on launch, as well as in future. However, Crytek, a German-based developer responsible for the game, recently clarified that the general engine optimizations that were done for the console version of the game on Xbox One's CPU will cling to the PC version of the game. 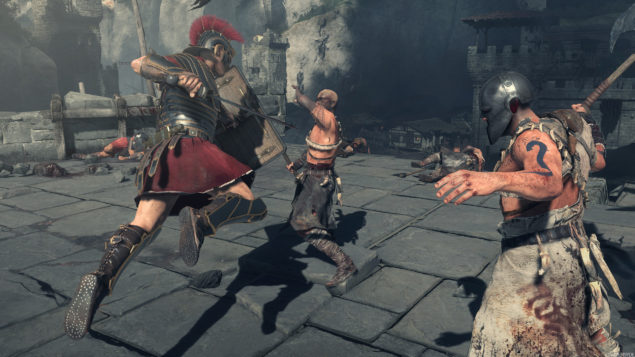 Originally launched exclusively for Microsoft's latest Xbox One video game console, Ryse: Son of Rome is one of the visually most impressive next-gen games. A couple of months ago, Crytek announced that the game will be making its way to PC with enhanced visuals and 4K resolution support that will take the in-game experience to a whole new level. Among other perks, Ryse: Son of Rome PC version will come packed with all the bonus material and downloadable content that has been released for console version of the game since its launch.

The developer has mentioned several times that Ryse: Son of Rome PC version will be completely optimized to supply the best graphical gameplay experience to gamers. The upcoming version of the game boasts visible visual improvements over the Xbox One version. Talking to GamingBolt about the port, senior producer Brian Chambers explained that the optimizations that were done for the Xbox One's CPU will be valid for PC version of the game. He said:

“During development of Ryse on console, we always had a version running on PC. The main work for the PC release was adding backend support and adjusting the engine to run well on the many diverse hardware configurations (multi-GPU setups, systems with less VRAM than Xbox, etc.). Most of the general engine optimizations we did back then for the Xbox One version are valid for PC as well.”

However, with all those optimizations Ryse: Son of Rome PC version won't support AMD's looming low-level rendering API known as Mantle, Nicolas Schulz, principal rendering engineer at Crytek, told DSOGaming recently. He clarified that the game is entirely based on Microsoft's DirectX 11, so it won't come with Mantle support, and the developer has no plans to add it via future updates.

“Ryse is entirely based on DX11 and is shipping without Mantle support but this won’t have any negative impact on the experience.”

Ryse: Son of Rome lands on PC next week on October 10.