Here is something interesting and not much expected to come this soon, Ryse: Son of Rome, which ranks among some of the best video game titles ever released on Microsoft's latest Xbox One video game console, is coming to PC later this year. Crytek, the developer of the game, announced that the game will be completely optimized for PC, and that the players will be able to experience the true power of CryEngine by running the game at glorious 4K resolution. 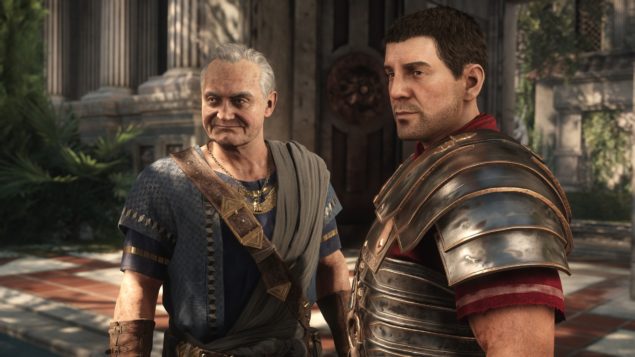 After a mix of rumors claiming a PC port, and reports suggesting against it, Crytek, a German-based video game developer, has finally announced that Ryse: Son of Rome, which is one of the most visually impressive next-gen video game titles, will be making its way to PC this fall. Until now, the game was only known as an Xbox One exclusive title that was released as a launch title with the console.

According to the announcement statement, Ryse: Son of Rome has been completely optimized for PC, and it come with a support of up to 4K resolution. The game was published on Xbox One console by Microsoft Studios, but the PC release will be co-published by Crytek and Deep Silver, the latter of which is now also in charge of the former's Homefront 2 video game project. Crytek will manage the publication of the game on digital channels, while Deep Silver will handle the tasks associated with packaging and shipping of the boxed version to the retail stores.

Thought to be gorgeous but too simplistic, Ryse: Son of Rome will come with all of its downloadable content that has been created and released for the console version of the game since it's launch. In announcement notes, Carl Jones, director of business development at Crytek, stated:

“We are bringing the Ryse experience to PC, with 4K resolution support. 4K gaming is another leap in graphics quality for PC gamers and Ryse is the perfect showcase for what’s now possible in high-end PC games. We’ve given our team the opportunity to show what CRYENGINE can really achieve, without compromising quality, thanks to the incredible hardware available now to PC gamers. Ryse will be a benchmark PC graphics showcase this year and probably for a long time in future. Our community asked for a Ryse PC version, and we have the means and technology to deliver this title with the highest quality possible.”