Roguebook Reveal – A Roguelike Deckbuilder with a Miyazaki and Magic: The Gathering Inspiration

Abrakam Studio has been very quiet over the previous few years. Faeria, the first game developed by the studio, was a strong hit selling anywhere in between five-hundred thousand to one million copies, according to SteamSpy. Three years after its launch, Abrakam is still developing and releasing big patches for Faeria and have now announced their new game in the Faeria universe, Roguebook.

Roguebook is a roguelike deck-builder where all content is procedurally generated offering up a myriad of choices and content offerings. Before I delve into that, though, in keeping with the Faeria universe setting, all of the game takes place in the Roguebook itself, that being the lore book from the original title. Essentially, every single bit of lore, every unit ever mentioned, everything is theoretically available to be utilised in this title.

As is general for roguelikes, it's said that every game run will be different from the others. The only thing that will be the same is that as you start a game, you choose two of four heroes. One of these can die in the process of your adventure, both die and it's right back to the start with you. As you progress, though, it seems that you'll be collecting and crafting cards to develop your deck and these can stick with you, likely helping you in the future. 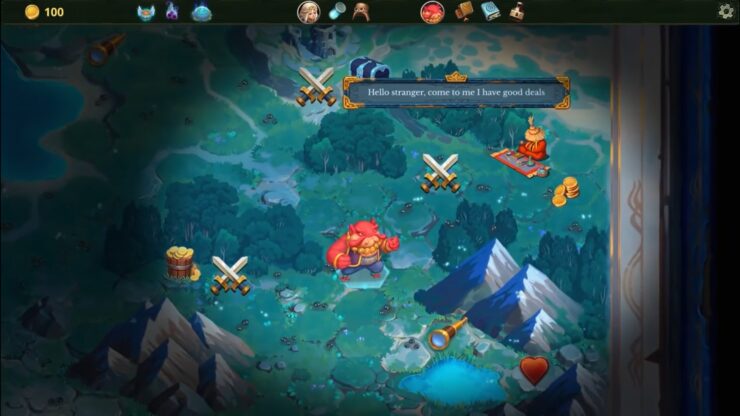 Other aspects covered are the fact that the game has an interesting and very colourful overworld, as well as the inspirations behind the game. On other aspects, as you complete on a regular difficulty level you'll find things that help strengthen you and help you advance to a higher difficulty, something you could expect from a roguelike. As for inspiration, Jean-Michel Vilain, the CEO of Abrakam Studio, had this to say:

I'd say our approach was to revisit Faeria with Miyazaki's approach, to make something with more animism, where everything ultimately has a soul, which creates a universe full of spirits that are somewhat enigmatic.

We also wanted to take Roguebook to another level. For this, we collaborated with a legend in the card game world.

This legend is Richard Garfield, designer of Magic: The Gathering. Before look at what he had to say, let's talk about the Miyazaki link. I can't say as to how this will work narratively, but aesthetically there is inspiration there. The game looks incredibly colourful with some artwork of floating tree-islands, spirits and more being shown. Roguebook certainly looks attractive, from this early showing.

On Richard Garfield, he talks about his involvement in the game and how he has brought in a system he calls the "Fat Deck" system. This is focused on not having you get rid of the cards that you find, something he finds a particularly un-fun part of any sort of deck-building game. As such, Rthe system rewards you for having a certain number of cards within your deck that links into a skill-tree for each character, letting you customise your character, deck and create a strategic balance between the two.

It's about having a less predictable deck but adding a sense of development and excitement to the game. How this will work in practice remains to be seen, but as a fan of deck-building games, this is one I'll be keeping an eye on.